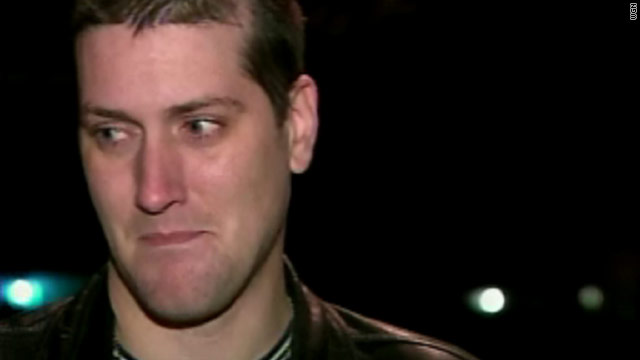 (CNN) -- U.S. Army Pfc. Michael Pearson wasn't much with words, his older brother said through tears, but when he picked up a guitar he let his music speak for him.

"He was a genius as far as we were concerned," Kristopher Craig told CNN affiliate WGN-TV in Chicago, Illinois, late Thursday, reeling from the news that his 21-year-old "little kid brother" was among the 12 soldiers and one civilian killed in a shooting rampage at Fort Hood, Texas.

Pearson grew up in Bolingbrook, Illinois, with two brothers and a sister. "He was really living his life playing guitar," Craig said. "When he picked up a guitar, we all understood that he was expressing himself."

Pearson enlisted in the Army more than a year ago so he could some day go to college to study music theory, his brother said. Basic training toughened him up and matured him, Craig said, adding, "Even though it's hard and it hurts, he loved every minute of it."

Pearson was scheduled to return home in a week or two to catch up with family and friends before deploying to Iraq or Afghanistan in January, his brother said.

Video: 'It could have been a lot worse'

Video: Wounded not 'out of the woods'

"He was accepting the possibility of what might happen over there, but we were completely blindsided by this," Craig told WGN. "He didn't even get the chance to leave."

Craig, who also had been stationed at Fort Hood and now serves in the Illinois National Guard, said he cannot accept a fellow soldier gunned down his brother.

"It's unfathomable," he said. "I couldn't imagine something like that -- attacking another soldier. It's just ridiculous. I don't understand it."

Maj. Nidal Malik Hasan, a 39-year-old psychiatrist who worked at Darnell Army Medical Center at Fort Hood, is suspected of fatally shooting 12 soldiers and a civilian, military officials said. He was shot four times by a female police officer and taken into custody, ending the rampage.

Like Pearson, Hasan was due to be deployed -- to Afghanistan, Army officials said.

Other victims include sons, a daughter and a mother-to-be

As he first heard news over the radio about the Fort Hood shootings, Craig said he assured their mother that Michael couldn't possibly be at the scene of the carnage -- a processing center where soldiers go right before they deploy or immediately upon returning from duty.

"He was an amazing kid," Craig said "Everybody says theirs is the perfect kid. It's the same old song and dance. But he really was. He didn't smoke, didn't drink, never wanted to. ... Everybody loved him. He was my mom's best friend."

Sheryll Pearson told CNN affiliate WLS-TV in Chicago that her son been training to deactivate bombs. He had just received an anthrax inoculation and was looking forward to coming home, she added.

Military officials told the family that Pearson was shot three times in the spine and chest and died on the operating table, she said.

"His father is still in shock and very angry," Sheryll Pearson said. "We're all very angry."

"Nobody knows how to handle it. It's hard to believe he's gone," Craig told WGN, choking back tears.