Iraqi man accused of running down daughter found in Atlanta 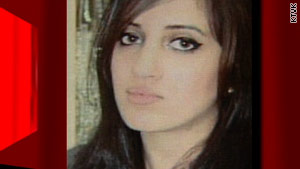 (CNN) -- Authorities said Friday that an Iraqi man accused of running down his daughter in Arizona because she had become "too Westernized" has been taken into custody in Atlanta, Georgia.

Police in Peoria, Arizona, say Almaleki struck his 20-year-old daughter, Noor Faleh Almaleki, and her friend Amal Edan Khalaf with the Jeep Laredo he was driving in a parking lot in Peoria on October 20.

After the incident, Almaleki drove to Mexico, abandoning his vehicle in Nogales, Peoria police said in a statement Friday.

He then made his way to Mexico City and boarded a plane to London, England. British authorities denied him entry into the country, and he was put on a plane back to the United States, police said.

Authorities arrested him late Thursday afternoon when he arrived at Atlanta's airport, police said, and he is awaiting extradition to Arizona.

He will face two counts of aggravated assault, police said.

Almaleki was angry with his daughter "as she had become too 'Westernized' and was not living according to [the family's] traditional Iraq[i] values," Peoria police said in a statement last week.

Khalaf, 43, with injuries that are not life-threatening, is in serious but stable condition, police said.

Noor Faleh Almaleki lives with Khalaf, Peoria police said. They did not elaborate on how the two women knew each other.