Study: Disabled more likely to be victims of violent crime

WASHINGTON (CNN) -- People with disabilities are 50 percent more likely to be victims of violent crimes than are people without disabilities, according to a government study released Thursday. 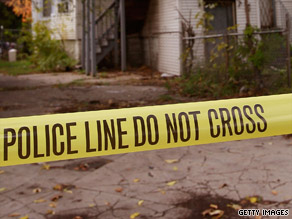 A study suggests the disabled are more likely to be victims of violent crime than those without disabilities.

The first national study of its kind found that a wide range of disabled people -- including blind, deaf, developmentally disabled, and others with physical and mental limitations -- were victims of assaults, rapes and robberies in 716,000 cases in 2007.

The study by the U.S. Justice Department's Bureau of Justice Statistics said instances of violence against disabled people occurred overall 1½ times the rate of those without disabilities, but the numbers varied by age group.

The most vulnerable groups were disabled people ages 12 to 19 and 35 to 49, for whom victimization occurred at nearly twice the rate of non-disabled persons.

Michael Rand, chief of victimization research for the Bureau of Justice Statistics, did not speculate on the reasons for the findings.

The difference for females was greater: 34 percent of disabled females were victimized by strangers versus 24 percent for women without disabilities.

The study found that people with cognitive disabilities such as mental retardation, developmental disabilities and cerebral palsy represented the largest group of victims.

Simple assaults accounted for about two-thirds of the crimes against disabled people in the study, which tallied 476,000 simple assaults, 114,000 aggravated assaults, 79,000 robberies, and 47,000 rapes or sexual assaults.

All About Disabilities • U.S. Department of Justice