LONDON, England (CNN) -- A new witness in the disappearance of British girl Madeleine McCann has told investigators he talked with a "Victoria Beckham look-a-like" who may have revealed clues about the girl's fate, a family spokesman said Thursday. 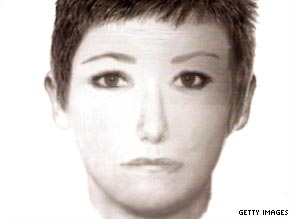 Sketch shows woman who may hold new clues to disappearance of Madeleine McCann.

Investigators would not release what was said in the conversation but the clues have led police to try to find the woman.

Madeleine vanished from the family's holiday villa at the Portuguese beach resort of Praia da Luz in May 2007 as her parents, Kate and Gerry McCann, dined in a nearby restaurant. She was 3 years old at the time.

The suspicious woman was seen outside a bar in Barcelona, Spain, by partygoers on May 7, 2007, and the new witness had a conversation with this woman, said McCann family spokesman Clarence Mitchell.

Authorities released a sketch of the person, described as a woman who spoke with an Australian accent and who could also speak fluent Spanish.

Former detective inspector Dave Edgar, who was hired by the McCann family, called the new witness a significant movement in the case.

Edgar would not say why the witness waited so long to come forward, stating only it was personal reasons.

Mitchell described the woman they are looking for as similar in appearance to the former Spice Girl singer and wife of soccer star David Beckham. She was described as in her 30s and about 5 feet 2 inches tall.

Madeleine's parents have garnered international support in an effort to find their daughter, enlisting the aid of celebrities and even Pope Benedict XVI.

At one point, authorities in Portugal had named the girl's parents as suspects, along with a British man living in Portugal, Robert Murat. But a spokesman for the Portuguese public prosecutor's office said in July 2008 that authorities found no evidence of involvement by any of the three and were no longer considering them suspects.