NEW YORK (CNN) -- Bernard Madoff has decided not to appeal the 150-year prison sentence he received for operating the biggest investment fraud in history. 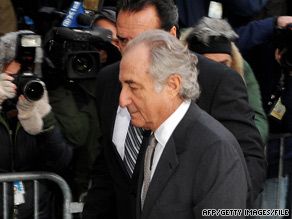 "We are not going to appeal," Madoff attorney Ira Lee Sorkin told CNN on Thursday. Sorkin said he met with Madoff this week at the Metropolitan Correctional Center in Lower Manhattan.

"Even if the Court of Appeals sends it back, certainly a guidelines sentence under the circumstances would give him a life sentence," he added.

The official estimate of investor losses suffered from Madoff's scheme stands at more than $13 billion, but that amount ultimately may be more.

Chin said the severity of the sentence would be symbolic, important in a case where the "fraud was staggering" and the "breach of trust was massive."

Sorkin said he differs with Chin's focus on symbolism.

"I don't think the guidelines talk about symbolism. People are not symbols. They are sentenced under a reasonable standard," the attorney said.

But Sorkin added, "The judge made the decision. We respect his decision."

Madoff, 71, still awaits the Bureau of Prison's decision on where he will be sent to spend the rest of his days. He asked to be sent to a medium-security facility in Otisville, New York, 70 miles northwest of New York City.

Chin said he would recommend that Madoff be assigned to a prison in the Northeast.