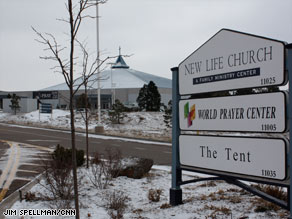 Haggard denied the new accusation of a sexual relationship.

In a statement provided to CNN via HBO, Haggard said he had met with his wife, the 20-year-old and a church overseer to ask the 20-year-old's "forgiveness for our inappropriate relationship. Prior to that time, I discussed it with my wife, my therapist and our children.

"Although there was no physical contact, I have regretted my irresponsible behavior. Once again, I ask (the 20-year-old) for his forgiveness, as well as the people of the church."