Crime lab backlog 'too long' for crimes against children

WASHINGTON (CNN) -- Hundreds of investigations of online child sexual exploitation and child pornography have been significantly delayed by backlogs at FBI cybercrime labs, according to a Justice Department report released Friday. 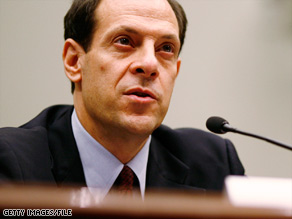 "The processing time for the digital evidence in some cases could take up to nine months, which we concluded was too long," Inspector General Glenn Fine said.

The FBI acknowledged the challenge of keeping up with the growing problem, but said it has made improvements since the audit was conducted.

"The pervasiveness of the Internet has resulted in the dramatic growth of online sexual exploitation of children, resulting in a 2,000 percent increase in the number of cases opened since 1996," FBI Executive Assistant Director Stephen Tidwell said.

From 2003 to 2007, the number of crimes against children reported to the National Center for Missing and Exploited Children's hot line rose from 7,038 to 20,760, the report states.

Since its inception in 1995, the Innocent Images Unit has investigated more than 20,000 online cases resulting in 7,000 convictions.

Tidwell said the FBI has begun implementing a series of procedural and technical recommendations made by the inspector general to reduce the lab backlogs and improve efficiencies in other programs designed to combat crimes against children.

The other programs include wide-ranging investigations of child abductions and kidnappings by parents as well as strangers.

The number of child abductions investigated by the FBI during this decade has topped 2,000. Abductions by strangers amount to only a fraction of 1 percent of total kidnapping cases.