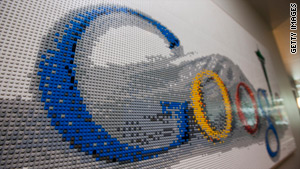 (CNN) -- In a nod to the growing debate on free access to news stories on the Web, Google has updated options to help news organizations limit access.

The move comes after revelations that Microsoft has been in talks with Rupert Murdoch's News Corp and other publishers to de-list from Google in return for payments to index on the company's rival search engine, Bing.

In recent months, Murdoch has repeatedly threatened to pull his company's news Web sites -- which include the Wall Street Journal, the Times of London and the Australian -- from Google and put company sites that are currently free behind a pay wall.

Google has updated a program on Google Search to allow publishers to limit users to no more than five page views per day without registering or subscribing to the news site.

"If you're a Google user, this means that you may start to see a registration page after you've clicked through to more than five articles on the Web site," wrote Josh Cohen, senior business product manager, on Google News Blog on Tuesday.

In addition, Google is now allowing story headlines and first paragraphs on preview pages that publishers make available, which will be labeled as "subscription" in Google News.

"As newspapers consider charging for access to their online content, some publishers have asked: Should we put up pay walls or keep our articles in Google News and Google Search?" Cohen wrote. "In fact, they can do both -- the two aren't mutually exclusive."

Murdoch and other newspaper publishers have complained that Google is profiting unfairly from their content while many newspapers are struggling to survive.