Learn the five secrets of innovation 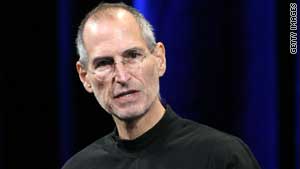 London, England (CNN) -- Coming up with brilliant, game-changing ideas is what makes the likes of Apple's Steve Jobs so successful, and now researchers say they have identified the five secrets to being a great innovator

In an article published in December's Harvard Business Review the researchers identified five skills that separate the blue-sky innovators from the rest -- skills they labeled associating, questioning, observing, experimenting and discovering.

One of the men behind the study, Insead's Hal Gregersen, told CNN, "What the innovators have in common is that they can put together ideas and information in unique combinations that nobody else has quite put together before."

The researchers describe this ability to connect ideas as "associating," and say it's key to innovators' ability to think outside the box. But they add that the secret to how the great innovators think is the way they act.

"The way they act is to observe actively, like an anthropologist, and they talk to incredibly diverse people with different world views, who can challenge their assumptions," Gregersen told CNN.

"For them, everything is to be experimented upon -- for example, if they walk into a bookstore and they're used to reading history they might try psychology. All these behaviors are powerfully enhanced by a capacity to ask provocative, challenging questions of the world around them."

Because the ability to think differently comes from acting differently, Gregersen says anyone can become a better innovator, just by acting like one.

Questioning: Innovators constantly ask questions that challenge the common wisdom. They ask "why?", "why not?" and "what if?"

Networking: innovators go out of their way to meet people with different ideas and perspectives.

"Studies have shown that creativity is close to 80 percent learned and acquired," he told CNN. "We found that it's like exercising your muscles -- if you engage in the actions you build the skills."

To improve your questioning skills, Gregersen recommends identifying a problem and writing nothing but questions about it for 10 minutes a day for 30 days. He says that over that period the questions will change, and so will your understanding and approach to the problem.

To build your observation skills, identify a business, customer, supplier, or client, and spend a day or two watching how they work so you can better understand the issues they have to deal with.

Marc Ventresca is a lecturer in strategic management at the University of Oxford Saïd Business School, and he agrees that innovation is not an inherent trait, but a set of skills that people can learn.

He told CNN that one key to being a better innovator is building a diverse network of contacts.

"Data says that people who have more varied connections hear more diverse information, and see patterns before other people," he told CNN.

"They are able to put together something they hear from a conference they were at last week with a briefing they're at tomorrow and come up with a new idea."

He says the goal is not simply knowing lots of people, but knowing people from varied backgrounds, who work for different companies, in different industries, have different skills, and deal with different issues, so that you are exposed to varied ideas.

When it comes to developing your ability to innovate, Ventresca recommends simply setting aside 30 minutes a week to talk with a contact you wouldn't normally talk to -- for example someone you met at conference six months ago.

Ventresca told CNN, "If you do that every week, that's 52 conversations in a year taking up 26 hours of time.

"Say 10 of those yield something interesting, and two of those 10 let you do something new and valuable -- by investing just 26 hours a year you've come up with something pretty remarkable."