(CNN) -- A plane carrying 123 people, including seven members of Congress, was forced to make an emergency landing Tuesday due to mechanical issues, the Federal Aviation Administration said. 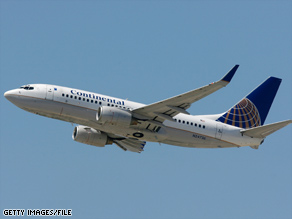 The pilot of Continental Airlines Flight 458, a Boeing 737 en route to Washington from Houston, Texas, made a rapid descent into New Orleans, Louisiana, after the pilot reported pressurization problems, the FAA said.

The plane landed safely in New Orleans with no injuries, it said.