TOKYO, Japan (CNN) -- Japanese scientists have produced clones of mice that have been dead and frozen for 16 years -- a feat that could lead researchers to one day resurrect long-extinct species, such as the mammoth. 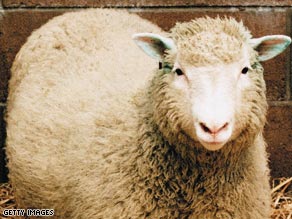 Until now, scientists have only been able to produce clones using cells from live animals. This is how researchers created Dolly the Sheep, the first mammal to be cloned from an adult animal.

Researchers had thought that frozen cells were unusable because ice crystals would have damaged the DNA. That belief would rule out the possibility of resurrecting extinct animals from their frozen remains.

But the latest research -- published in the journal, Proceedings for the National Academy of Sciences -- shows that scientists may have overcome the obstacle.

Researchers at the Riken Center for Developmental Biology in Kobe, Japan, used cells from mice that had been frozen for 16 years at -20 Celsius (-4 degrees Fahrenheit).

They extracted the nucleus and injected it into eggs whose DNA had been removed. Several steps later, the scientists were able to clone the mice.

"This is the first time a mammal has been cloned from a sample stored at conditions reasonably close to what might be expected in permafrost," Teruhiko Wakayama, who led the study, said in a statement.

"(It) gives some hope for those who might seek to clone extinct species from frozen carcasses."