(CNN) -- When it comes to vice presidential picks, there have been some good ones and some not so good ones. 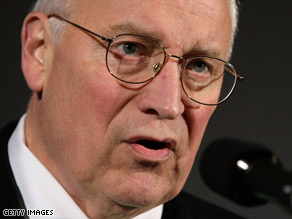 Dick Cheney makes both lists; he's ranked as one of the best and worst VP picks in recent years.

On his list of good VP picks, Edwards puts Dick Cheney at No. 5.

The current vice president makes the list because he brought lots of Washington experience with him, something President Bush lacked at the time.

Coming in at No. 4 is Richard Nixon. He was Republican Dwight D. Eisenhower's running mate. Nixon brought with him youth -- and California. The former senator also had other assets that became huge liabilities when he later ended up in the White House.

"Richard Nixon was known as the man who would cut and slash the opposition, and so that kind of dirty politics work would be done by Nixon," Edwards said.

Next on the list, Al Gore. Bill Clinton's right-hand man comes in at No. 3 because, as the senator from Tennessee, he brought Washington experience to a ticket featuring a little-known governor from Arkansas.

Watch how this year's VP contenders are performing »

Edwards puts George H.W. Bush in the No. 2 spot. After running against Ronald Reagan in the 1980 primaries, Bush joined him on the ticket and helped unite the Republican Party.

Edwards' award for best vice presidential pick goes to Lyndon B. Johnson. He was selected by Democratic presidential nominee John F. Kennedy. Kennedy was a Northerner who needed someone to balance him out in the South in 1960.

"Lyndon Johnson was the man, and he delivered Texas, which helped John Kennedy in a very close race," Edwards said.

Johnson rounds out the good list, but who will go down in history with a not-so-favorable reputation? Edwards has four picks. iReport.com: Who would you pick for VP?

Cheney is No. 4 on the list of the bad VPs. (Yes, he makes both lists.) He might have been a great choice for running mate at the beginning, but he's now one of the most unpopular figures in an unpopular administration.

Spiro Agnew lands in the No. 3 slot. Edwards said Agnew helped get Nixon elected president, but after taking office, he pleaded no contest to tax evasion and money laundering back when he had been the governor of Maryland.

Dan Quayle is runner-up for worst choice. He was the elder Bush's pick for VP. Quayle was supposed to become the Republican JFK, but he instead became a laughingstock to many.

"Senator, I knew Jack Kennedy. Jack Kennedy was a friend of mine. You're no Jack Kennedy," he said after Quayle said he had as much experience in Congress as Kennedy did when he embarked on his White House run.

Quayle became the butt of frequent jokes, and many Americans never let him live down the "potato incident." At an elementary school spelling bee in 1992, Quayle incorrectly told a student there should be an "e" at the end of the word.

The Democrat from Missouri was Sen. George McGovern's pick for VP in 1972. Eagleton got dumped for Sargent Shriver after reports he'd been hospitalized for "nervous exhaustion" and had received electroshock treatments. Those reports raised questions about Eagleton's fitness to serve, and the concerns about his health were disastrous for McGovern's campaign against Nixon.