• Some brain regions of kids with ADHD are delayed in maturing, says study
• Their brains are delayed an average of three years compared to those without ADHD
• Delay is most evident in brain regions that control thinking, attention and planning 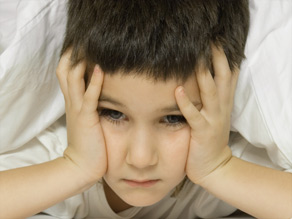 Certain regions of the brain are delayed in development by three years for youth with ADHD.

A National Institutes of Health study from November 2007 found that in youth with attention deficit hyperactivity disorder, the brain matures in a normal pattern. However, it is delayed three years in some regions, on average, compared with youth without the disorder. The researchers used a new image analysis technique that allowed them to pinpoint the thinning and thickening of sites in the cortex of the brains of hundreds of children and teens with and without the disorder. The findings bolster the idea that ADHD results from a delay in the maturation of the cortex.

How does the brain development of kids to ADHD compare with that of other kids?

Dr. Sanjay Gupta, CNN chief medical correspondent: For years, the big question with ADHD has been: Are these kids' brains developing more slowly or are they developing in a completely different way? This NIH study tells us the kids' brains develop more slowly, especially those areas important for control, action and attention. For example, a child who has a healthy brain might achieve maturity in those regions at age 7, while a child with ADHD might not until age 10. What is important to note about both the "healthy" brain and the "ADHD" brain is that they mature or develop in pretty much the same way, starting from the back to the front. However, the ADHD brain is maturing much more slowly than the brain that does not have ADHD.

What can parents of children with ADHD learn from this?

Gupta: The good news for parents: Your child's brain is developing the same way as the brain of a healthy child, but it may take a few years longer. They will probably outgrow the behaviors that come with ADHD. Will your kids ever catch up with kids who don't have ADHD? They may, but it might be well after adolescence or into adulthood. These brain studies are ongoing.

Does this mean a brain scan might one day help diagnose ADHD?

Gupta: We are not at the point of using this as a diagnostic tool, but this information is very important for understanding ADHD. Knowing that this slower development is an issue, we may one day see treatments that try to accelerate this process. We could also see a dulling of impulsivity such as those inappropriate actions that we see in kids with ADHD.