Five mistakes that will land you in medical debt 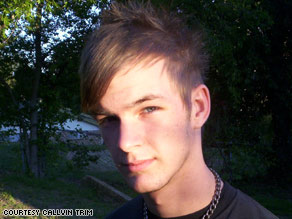 One evening last spring, Alex Trim was knocked unconscious when a car hit his bike and he slammed into the windshield. Three hours, many stitches and seven CT scans later, Alex was discharged in pretty good shape.

About a month later, the bill arrived in the mail. "I didn't have a clue you could go into $15,000 debt in one night," said Alex's father, Callvin Trim. "When I saw that bill, I was just kind of numb."

That didn't even count bills from the doctors and the ambulance service. Plus, Trim, who has insurance, owed more than $1,100 in copayments from when he'd had kidney stones earlier in the year.

His son did not have insurance. Trim said it was "very expensive" to add him to his own policy at the private school where he's an IT director. His wife, Gayle, had just started a job as an executive assistant at a commercial real estate company and wasn't yet eligible for insurance.

A report out last month from the Commonwealth Fund found that 28 percent of the population said they were paying off medical debt in 2007, up from 21 percent in 2005.

"Two-thirds of the people who go into medical debt have insurance," said Mark Rukavina, executive director of the Access Project. "When medical debt hits, it hits very quickly. It's a jolt, and it's generally not very predictable."

"These are all honest, hardworking people," added Jessie Maurer, a medical billing advocate in West Des Moines, Iowa, who helped the Trims. "This could happen to just about anybody."

By avoiding the mistakes below, the Trims managed to get their debt under control. Here's how they did it.

Mistake No. 1: You ignore your bills

"The most dangerous thing people do when they get into debt is ignore the statements and notices," said Mary Jean Geroulo, a former hospital administrator and now a partner at Stewart and Stimmel, a health care law firm in Dallas, Texas.

"They think doctors and hospitals won't send them to collection agencies, but they absolutely will," she added.

As soon as he received the whopping bill from the hospital, the Trims contacted Maurer, the medical billing advocate. To find an advocate, visit the Medical Billing Advocates of America. The Fairness Foundation and the National Foundation for Credit Counseling also offer help to those in debt.

Mistake No. 2: You don't look for errors in your bills

"I had a client once who was charged for a surgery she never had," said Nora Johnson, vice president of Medical Billing Advocates of America in Caldwell, West Virginia. "Another one was charged more than $5,000 for disposable gloves."

Maurer says she caught about $3,000 in errors in Alex Trim's bills.

To catch errors, you have to get an itemized bill. Trim had to ask for one; he says the hospital didn't automatically send it.

Mistake No. 3: You don't negotiate the price down

"People think they have to pay the amount on the bill. But doctors and hospitals are very willing to negotiate," Rukavina said. "Remember, the squeaky wheel gets the grease."

Mistake No. 4: You're embarrassed to ask for financial assistance

There are an abundance of organizations to help people financially strapped with medical debt, but you have to seek them out.

The Patient Advocate Foundation has a state-by-state directory of financial resources. The foundation also has a program for "co-pay relief" (if your co-pay is, say, 20 percent, 20 percent of a $200,000 hospital bill is a lot of money).

Since many financial assistance programs are for one specific illness, it's worth searching around on the Internet. Cancer patients should read this Empowered Patient column with information on financial resources for people with cancer.

Mistake No. 5: You don't work out a payment plan

To pay off his debt, Trim worked out interest-free monthly payments with the doctors and hospitals that treated him and his son. He pays $250 a month and owes so many different people, he isn't sure how much he owes in total -- but he knows it's at least $10,000.

Of course, it's best to avoid medical debt in the first place. If you don't have insurance, take this eligibility quiz to find out whether you qualify for low-cost public health insurance programs. The group Coverage for All also offers a state-by-state guide of health-care choices and has a help line open 24 hours a day, seven days a week. The Department of Health and Human Services has a guide to low-cost insurance programs especially for children.

If you have insurance, make sure it pays every penny it owes. See this Empowered Patient on challenging insurance company denials, and remember the golden rule: appeal, appeal, appeal. "Don't take a 'no' from the customer service representative on the other end of the 800 number," Rukavina of the Access Project said. "Always issue a complaint or grievance."

Shopping around at different hospitals before you have an expensive procedure can save you thousands of dollars when it comes time to pay co-payments. "I used to run hospitals, so I know how these things are priced," Geroulo said. "Just because a procedure costs $10,000 at one hospital doesn't mean you can't find it for $5,000 down the road."

She adds that although most of us shop around for other large purchases, like a car, we're not used to doing so for medical procedures. "Patients need to learn to be a lot smarter and a lot savvier about their health care," Geroulo said.

Got a comment or an idea for a future Empowered Patient column? We'd love to hear from you. Talk to us at empoweredpatient@cnn.com.

CNN's Jennifer Pifer and Sarah Edwards contributed to this report.