This week on Inside Africa ... 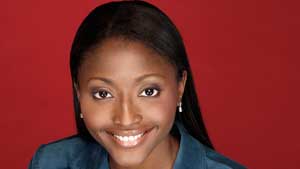 A photographer's powerful pictures cover the conflict in the Democratic Republic of Congo.

Then, Nkepile Mabuse catches up with a World Cup legend spreading football excitement in South Africa.

And David McKenzie introduces us to a modest Angolan football squad and looks at the passion behind their play.

The Democratic Republic of Congo has been embroiled in bloody conflict for more than a decade. The violence has killed millions and displaced hundreds of thousands. Photographer Peter Biro turned his lens on this grim reality when he visited the country late last year. And he hopes his photos will shed light on one of the world's worst humanitarian crises. He shared with us, some of his pictures -- and the stories behind them.

Over the next few months, some of football's biggest names will descend on South Africa, ahead of the FIFA World Cup. And the sporting world was abuzz when Argentine coach Diego Maradona took his turn touring the country. Nkepile Mabuse caught up with the controversial football star in South Africa, where he remains a hero to many fans.

While many of the continent's top players are in state-of-the-art stadiums, many footballers in Luanda still struggle to find a decent place to play. David McKenzie visits an Angolan team getting the most out of their makeshift field.

Celebrity charities and their causes can attract more attention to countries in need. In Malawi, an American pop star's connection to the country has helped to do just that. Madonna became more invested in the nation when she adopted two children there. Alina Cho talked to the singer about efforts to help other orphans in Malawi.