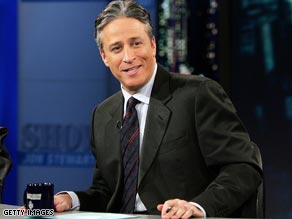 Timely programs like "The Daily Show with Jon Stewart" could be among the first affected.

The walkout will be the first in 20 years.

Steve Skrovan, a screenwriter for the Fox show "'Til Death," said a strike is all but inevitable.

"We've never been more united and we are willing to deal -- and our decision-makers are at the table," said Skrovan.

"Their decision-makers are not at the table and that tells you pretty much all you need to know about how the companies are pushing this."

The news of a possible strike is not unexpected, said Alliance of Motion Picture and Television Producers President Nick Counter.

"By the WGA leadership's actions at the bargaining table, we are not surprised by tonight's recommendation," Counter said in a statement on the AMPTP Web site. "We are ready to meet and are prepared to close this contract this weekend."

The labor impasse is over royalties from DVD sales -- last negotiated in 1988.

Writers also want royalties from "new media" -- all the various places their works are now distributed, including Internet downloads.

"The future of TV is not going to look like what it's been for the last 30 years," said TV writer Dave Schiff, who has penned scripts for "King of the Hill" and "That '70s show."

"So, you know it's not just for us who are currently working, but writers down the line, that we make sure that we get a... piece of the pie."

Producers say the royalty issues are non-starters, but writers accuse producers of being nonresponsive.

"After 3½ months of bargaining, the AMPTP still has not responded to a single one of our important proposals," a statement from the WGA said.

"Every issue that matters to writers, including Internet reuse, original writing for new media, DVDs, and jurisdiction, has been ignored. This is completely unacceptable."

"It sounds like the producing companies that have decided to force the writers into a situation of a strike," Zabel said late Thursday. "So really, our choice right now is to accept a completely unacceptable deal or to go on strike.

"Strike is the only option."

If Hollywood writers do go on strike, late-night television hosts like David Letterman, Jay Leno and Jimmy Kimmel, as well as programs like "The Daily Show" would feel the pinch first.

Watch how a strike could affect your favorite shows »

Because of their topical nature, networks do not typically shoot these shows in advance.

Daytime soaps normally stockpile about 30 days in advance and most prime-time shows would likely make it through the end of the year without any major impact on programming.

But networks would have to resort to reruns, news programs and reality shows to fill the schedule in 2008 if a strike were to drag on.

The film and television industry is responsible for an estimated 1.3 million jobs in the United States.

The union's most recent strike, in 1988, lasted 5½ months. Industry estimates say a half-billion dollars was lost because of that walkout. E-mail to a friend

CNN's Douglas Hyde and Matt Carey contributed to this report.

All About Hollywood • Jobs and Labor