Anthony Bourdain travels to Las Vegas, a city known for over-indulgence, with food author Michael Ruhlman and visits locales that include Huntridge Tavern (in the shadow of the strip), and famed restaurant é by Jose Andres. Also featured are Penn Jillette, and former mayor Oscar Goodman.

Bourdain: 'Fantastically luxurious' meal
1:55
Truffles and caviar and foie gras! Oh my! Tony enjoys the spoils of one of the villas at Caesar's Palace. Sun. 9p ET/PT.

"With a bit of luck, his life was ruined forever. Always thinking that just behind some narrow door in all his favorite bars, men in red woolen shirts are getting incredible kicks from things he'll never know." -Hunter S. Thompson

What is the promise of Las Vegas? What are people looking for in this place in the desert? What are they selling that brings people across the oceans, the mountains, the parched wasteland? Sure you can see Celine Dion belting out your favorite movie anthem, eat food from Bobby or Emeril or Jimmy Buffet. There's the Cirque de Soleil thing -- or the Blue dudes. And there's money. It's always possible -- however remotely -- that you'll leave Vegas with more money than you came with.

But that's not why you come here is it, you filthy pig?

You come here because Las Vegas promises, with a wink and a nudge, that "What Happens in Vegas Stays in Vegas." That's what Vegas has always promised, implicitly -- or explicitly, as when Nick Tosches asked his hotel manager if he could smoke in his room.

"Buddy, you can kill your wife in this room," was the response.

That promise of Vegas confidentiality is not true by the way. Maybe when the mob ran things, or when an act of indiscretion might lead directly to a hole in the desert. Or when Vegas truly was a company town.

But today, I'm guessing, if Justin Bieber found himself (hypothetically) splashing around the fountain at the Bellagio with a platoon of hookers in various states of disarray, somebody would be Instagramming that shit right quick. If he (hypothetically) made a late-night call down to the concierge for a band saw, a 55-gallon drum of Astroglide, a bucket of hot wings and a tarpaulin, I doubt very much he could be assured of absolute discretion.

But that's what they're selling with a catch phrase like that. Dark dreams. They're saying:

"Come! Behave badly! In fact, behave really badly! We won't tell! Gamble money you probably should be using to pay off your loan! Stand ankle deep in water with your shirt off, a plastic cup filled with alcohol hanging from a lanyard round your neck! Eat all you like at our groaning buffets -- have more -- it's OK! We won't judge you! Enjoy the services of our fine prostitutes! Make bad decisions you won't remember! Please! Your boss will never know. Your wife will never know.

"Your hideous urges, repressed all the rest of the year, your most unlovely appetites, your secrets are safe with us."

We know, or we suspect, how the winners live in Vegas, the terrible things they do behind the doors of their comped suites, the alleged benefits of being a valued customer, a whale gambler. And I thought I'd take a look at that -- the kind of ultra-luxury available only to those who can afford a private jet into Vegas, who think nothing of leaving a few million dollars on the tables after a night of gambling.

I knew I'd need a companion, a trusted friend, for perspective -- someone well-known to security staff and local law enforcement. Someone for whom The Evil That Men Do holds no mystery, a man well-acquainted with both the high life of the Vegas Strip and the dank odor of a holding cell.

So I reached out to Ruhlman. 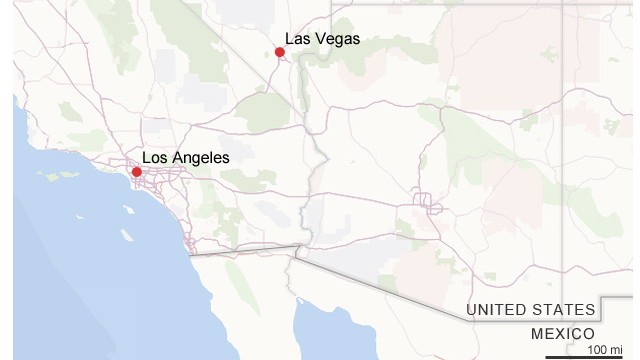 The very nice people at Caesars Palace, well-acquainted, no doubt, with Ruhlman's reckless ways at the blackjack tables, gave us a "villa" for a week. If you don't know what those are, don't worry -- I didn't either. You can't rent them. They don't "exist" on the website. When my wife paid me a surprise visit in the middle of the shoot, the front desk expressed total ignorance of even the existence of such structures.

But they are there.

Massive, colossal maximally luxurious homes buried right under the noses of the unwitting masses. Multiple bedrooms, living areas, a game room, a screening room, outdoor fire pits, pools, hot tubs, silent butlers who appear from nowhere to inquire if the gentlemen would like cocktails, a snack, a couple of giant porterhouses.

Ruhlman, of course, set right to work abusing his privileges. Fine bourbons began appearing regularly. I'd wake to find a trail of spilled beluga leading to the veranda, where a hungover Ruhlman was being simultaneously massaged and manicured, an aromatherapist wafting the oils of rare Himalayan flowers under his nose. Swaddled in newly acquired Hermes bath towels, he'd lounge around the house, calling out for oysters on the half shell, spaghetti from Raos, blender drinks and steak tartare.

I found a half-eaten platter of truffled lark's tongues in aspic next to the Jacuzzi, the remote control for the giant-sized television floating in the dying bubbles on the surface. Under such circumstances, I had a hard time tearing him away for purposes of television.

"Who cleans all this shit up?" I asked him. "Who is fully knowledgeable of whatever it is you're getting up to, Ruhlman? Who is in 'the know', and what do you plan to do to them when you're done here? If they find out about this back in Cleveland, any plans of running for office are over."

Noticing the steady stream of people slipping in and out of service entrances of the casinos, I began to wonder what it was like working in Vegas. What was it like dealing the cards, serving the meals, driving the town cars, pouring drinks, stripping the sheets, mopping up the spray after all that bad behavior in a town that invites bad behavior?

What must it be like, day after day, night after night, year after year, witnessing close-up the full sweep of human folly -- man at his very worst?

What does that do to a person?

So, in addition to immersing myself fully in the delights of high thread-count sheets, personal service from Guy Savoy, all the undeserved perks otherwise reserved for oligarchs, I thought I'd look at the Other Vegas. The Vegas people live in year-round. The Vegas I've always loved.

The Huntridge Tavern, the Double Down, the Peppermill, Atomic Liquors. A nice plate of non-ironic meatballs and spaghetti in red sauce at Bootlegger. Some Northern Thai food at Lotus of Siam. Places where, over a beer or some food, you can get an honest answer to the question:

"What's it like to see all that you see?" and "Given what you've seen, how do you feel about the human race as a whole?"

Finally, I looked into the relatively new economic engine driving Vegas -- one that, shockingly, often outpaces even the slot machines for revenue. I'm talking about the EDM (electronic dance music) scene.

I am not surprised that people spend millions of dollars betting on the turn of a few cards or the roll of a pair of dice. There is, at least, the possibility of a return. But it stunned me to hear of the amounts spent nightly by customers at the larger clubs in Vegas: $5,000 simply to sit at a table by the dance floor in many cases. Bar tabs of $10,000, 20,000, $30,000 -- $50,000!! Oversize bottles of champagne bedazzled with glitter and sparklers sold for $50,000 and $100,000, to be sprayed over the heads of total strangers. Star DJs who get paid $250,000 for a few hours' work a night! (And earn every penny by bringing in thousands and thousands of knuckleheads eager to spend crazy amounts of money for liquor they hardly touch, shared with people they often don't know -- and couldn't hear or talk with even if they wanted to.)

It's an economy that is fast outpacing gambling -- and as only a DJ, a laptop and a sound system are required to pack the clubs, it's also squeezing out Vegas' traditional forms of entertainment.

Why hire a marquee singer, a troupe of dancers, musicians, or acrobats when one guy in a dark booth can generate more excitement and far more money?

I wanted to know what kind of sick freaks would spend $25,000 to spray champagne on strangers. I never really found out, but apparently, there are a lot of them.

I couldn't ask such Big Questions of Ruhlman. When he wasn't racking up room charges to CNN (he kept calling down, claiming to be Wolf Blitzer), I'd find him at The Gun Store, unloading belt after belt of high-caliber projectiles at paper targets. That too, is kind of concerning.

Michael Ruhlman's latest book: "EGG; A Culinary Exploration of the World's Most Versatile Ingredient," is available in fine bookstores everywhere. His most excellent previous works, "Charcuterie", "Ruhlman's Twenty", "Ratio", "The Soul of a Chef" and others are also available in stores and from Amazon. ❚

There's much more to the city than just sin.

No need to gamble with your dining dollars. Here are seven places you can count on.