CNN Films: Our Nixon
Legendary reporters Carl Bernstein and Dan Rather recall the reporting that led up to the resignation of Richard Nixon.
WATCH VIDEO

'Nixon is the hero of the year'

An insider view of Nixon's presidency

'A political problem to the president' 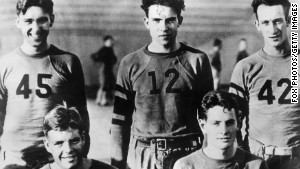 Nixon through the years

Three of Nixon's top aides -- H.R. Haldeman, John Ehrlichman and Dwight Chapin -- documented their experiences with home movie cameras during their time in the White House. A few years later, they were all in prison. Now, that footage seized by the FBI during the Watergate investigation is presented in a new documentary along with other rare footage and interviews to reveal a new look of the Nixon presidency as never seen before. - Story behind 'Our Nixon's' unique home movies 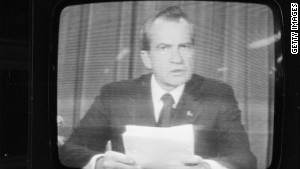 Nixon with no expletives deleted

Nixon on being the lone superpower

1974 State of the Union: 'One year of Watergate is enough' 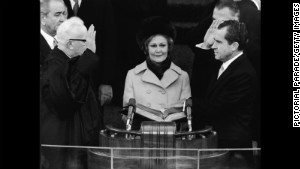