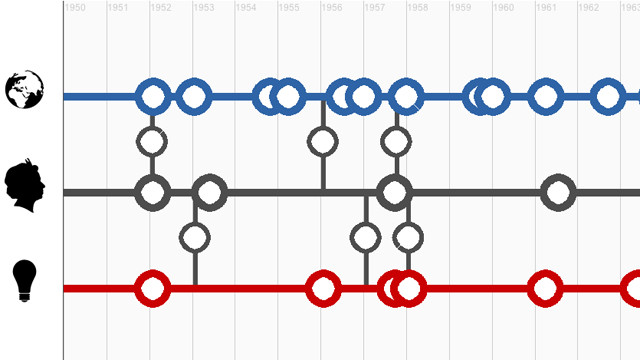 Our world today is almost unrecognizable compared with 1952, the year Queen Elizabeth ascended to the UK throne.
Since then, man has taken his first steps on the moon and the internet has connected the world on a previously unimaginable scale. The world has also been shaken by atrocities like the September 11 attacks in New York City.
CNN's interactive crossover timeline lets you compare technological discoveries with key events in world affairs and memorable moments from Queen Elizabeth II's 60 years on the throne.