Out of Russia: Snowden's options

Venezuela is one of several countries that have offered asylum to former National Security Agency contractor Edward Snowden. But it's not a done deal. One challenge: Getting from Moscow, Russia to South America. Below are some potential routes Snowden could take out of Russia.
Ways to Venezuela

| Is Snowden worth the risk? 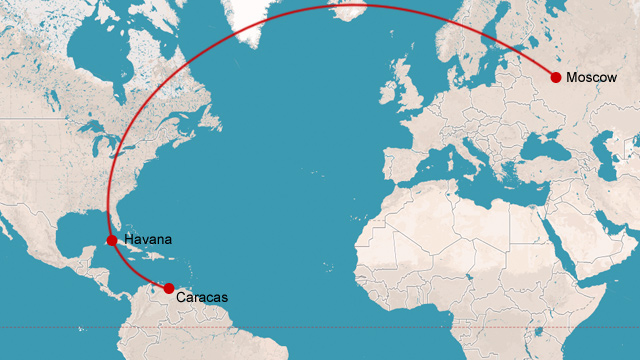 Snowden could simply board a commercial flight, such as an Aeroflot route from Moscow to Havana, Cuba, and then on to Caracas.

However, this route typically flies over North American airspace -- meaning the plane could be forced to land by the U.S. or a U.S.-friendly nation. 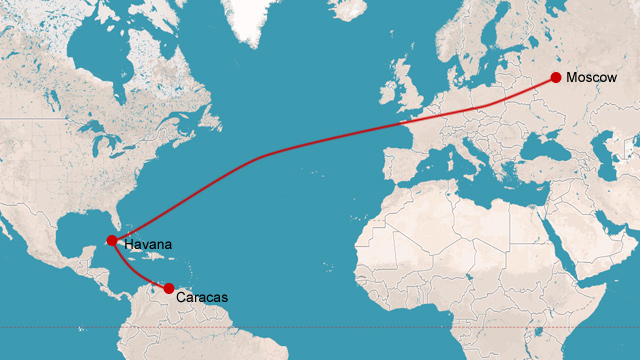 The other commercial option

This is the same commercial flight mentioned above, but a different route that Aeroflot sometimes uses from Moscow to Havana, Cuba.

This route adds a few hundred nautical miles to the flight, and passes over some Western European countries, including Germany and France -- but it avoids British, Canadian, and more importantly, U.S. airspace. 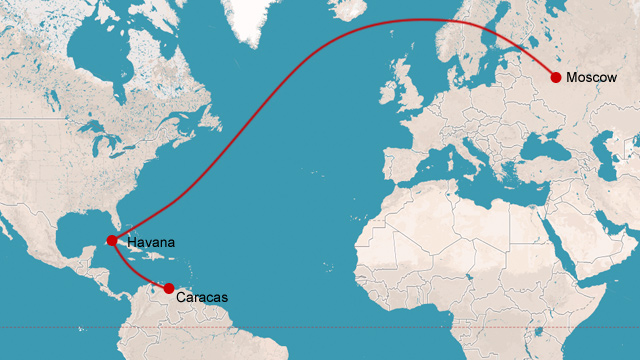 Snowden could charter a private flight that would take him on a much longer route over the Arctic and Atlantic Ocean. It's certainly not the most efficient route, but it does avoid entering United States or U.S.-friendly airspace.

Very few aircraft are capable of making this trip without refueling, which means it would be among the more expensive of options. 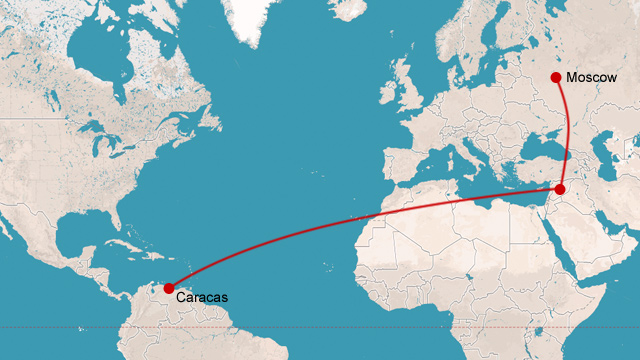 Through the Middle East, Africa

A route could be taken to a country in the Middle East, such as Syria, or another country friendly to Russia.

But the plane would then need to fly a route over Africa, countries divided between friendly relations with either the United States or Russia. 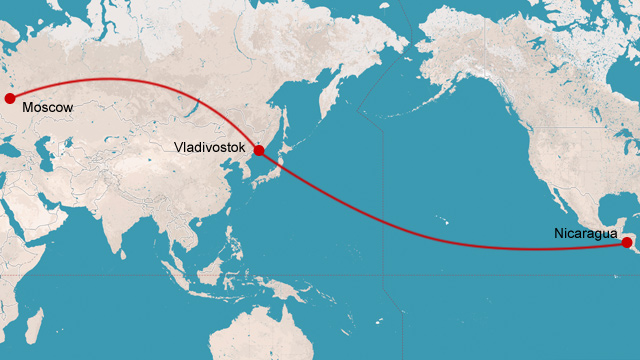 Eastward, over the Pacific

The longest of possible options, Snowden could travel East to Vladivostok, and then fly over the Pacific Ocean to Venezuela or Nicaragua, another of the countries that has offered asylum.

Who is Edward Snowden?

Snowden's future up in the air

Is Snowden worth the risk?