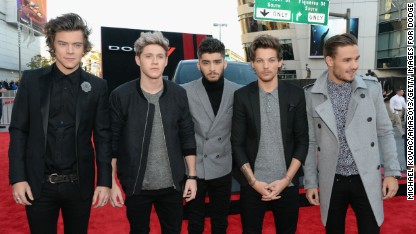 One Direction, George Strait, Luke Bryan are tops in 2014 tours

The King of Country Music is once again king of the country road.
FULL STORY 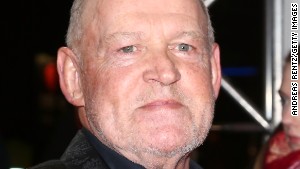 Singer Joe Cocker is dead at 70 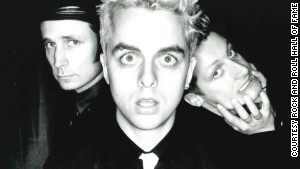 Rock and Roll Hall of Fame: Meet the 2015 class

How does it feel?

In honor of the one-year anniversary of her groundbreaking self-titled work, Beyonce has taken us by surprise yet again.

Green Day's Jason White has tonsil cancer, the band reported on its website.

Thirty-four years after his friend and songwriting partner John Lennon was shot and killed, Paul McCartney still remembers the jolt of his death.

The Grammys may have taken a slow, piecemeal route in issuing nominations Friday, but Beyonce, Taylor Swift, Sam Smith and U2 were very much up to speed.

Mariah Carey is known for her five-octave voice, her slinky dresses and her many hits, including "All I Want for Christmas is You."

Ian McLagan, a fun-loving keyboardist who played on records by such artists as the Rolling Stones, Lucinda Williams, Bruce Springsteen and his own bands -- the Small Faces and its successor, the Faces -- died Wednesday, according to a statement from his record label, Yep Roc Records. He was 69.

An upcoming documentary on Kurt Cobain has more than just cooperation from the rock legend's family.

Get ready to hear that voice, hear that sound -- like thunder gonna shake the ground.

With Snoop Dogg bowing out of his feud with Iggy Azalea, it seems Eminem is more than willing to take his place.

Jimmy Ruffin, silky-voiced singer of the Motown classic "What Becomes of the Brokenhearted," died Monday in Las Vegas. He was 78.

Everyone should know by now that Lorde and Taylor Swift are good friends -- and if you mess with one, you're messing with them both.

Robert Plant has called reports of a Led Zeppelin tour "rubbish," and now Richard Branson is doing the same.

Robert Plant has reportedly thrown a wrench in another "Celebration Day" for Led Zeppelin fans -- though his publicist said the report was "rubbish."

It would have been the ultimate supergroup: the Beatles, the Rolling Stones and Bob Dylan.

It's official: Taylor Swift's new album had the largest sales week since 2002, according to Billboard. "1989" sold almost 1.3 million copies in its debut week, said the data from Nielsen SoundScan.

Taylor Swift may be breaking records in the music industry, but Beyonce is breaking the bank.

Before she was a platinum-selling artist and Grammy winner, Lorde was a Kings of Leon fan.

At least this time, it won't be a surprise.

It's Taylor Swift to the rescue.

Robin Thicke, Pharrell Williams and T.I. have lost the first round of their legal fight over "Blurred Lines," their monster 2013 hit.

What will OK Go think of next?

Good luck stopping the phenomenon that is One Direction.

It's not a great sign for the music industry when the year's top-selling album is the soundtrack to a Disney movie.

It was a great story.

There's a reason for Bono's ever-present orange-tinted sunglasses, and it's not rock-star affectation.

Taylor Swift has another hit on her hands? It must be Tuesday.

"On With the Show," indeed.

The next class inducted into the Rock and Roll Hall of Fame could include punk rockers Green Day, the influential Nine Inch Nails and seminal rap group N.W.A.

The BBC assembled a "We Are the World"-- style cast of globally famous musicians to sing the Beach Boys' "God Only Knows" with its 80-piece BBC Concert Orchestra for a spot promoting the network's newly launched BBC Music venture.

It's been a rough year for Morrissey, as the laconic singer has endured everything from tour-canceling illnesses to possibly being dropped from his new label to bizarre allegations of a murder-for-hire plot.

Blues legend B.B. King was forced to cancel the remainder of his current tour after falling ill following a October 3 show at Chicago's House of Blues.

Prince is back in a big way. The legendary musician is putting his reclusive reputation to the side to celebrate the simultaneous release of two albums out this week: "Art Official Age" and "PlectrumElectrum," his first studio albums since 2010.

The family of founding AC/DC guitarist Malcolm Young has confirmed the illness that forced the 61-year-old to quit the band.

AC/DC founder Malcolm Young won't be returning to the group, the band has announced.

It seems there's no such thing as time off for Jay Z and Beyonce.

Kanye West has high expectations from his fans at concerts. And if you can't meet them, he's going to need to know why.

U2 surprised the world Tuesday by releasing "Songs of Innocence," their first album in five years, as a gift from Apple. It was available for free immediately to anyone with iTunes.

In October, Taylor Swift's transition to pop music will be complete.

Add Gene Simmons to the list of people pulling the plug on rock 'n' roll.

The 2014 CMA Awards could turn into a very big night for Miranda Lambert.

Neil Young has filed for divorce from Pegi Young, his wife of 36 years and frequent musical collaborator.

After 35 years away, British singer Kate Bush returned to the stage Tuesday night -- and the response was rapturous.

It's been five years since Prince put out a new record in the United States, since he limited the release of his 20Ten LP, but that will change this fall.

Are Taylor Swift and country music never, ever, ever getting back together?

The death of famed actress Lauren Bacall, the husky-voiced starlet known for her sultry sensuality, not only meant the loss of a true Hollywood legend, but also the end of a golden era of icons.

Ending months of speculation about their uncertain future, Joy Williams and John Paul White, the Grammy-winning duo better known as the Civil Wars, have announced that their musical partnership has officially come to an end. On indefinite hiatus since late 2012, the pair released a statement Tuesday, in which Williams says, "I am saddened and disappointed by the ending of this duo, to say the very least. JP is a tremendous musician, and I will always be grateful for the music we were able to create together."

Hilary Duff says her new album is "very positive" but admits that it started out "a lot heavier and a lot darker" because of the separation from her husband, Mike Comrie.

NSync is back! Kind of.

More than 20 people were hospitalized Saturday after a Keith Urban concert in eastern Massachusetts that the country star called "nutso."

It's "Mandatory": "Weird Al" Yankovic is Number One.

Eddie Vedder has a message for his critics: "Imagine."

The MTV Video Music Awards nominations are out, and 2014's show is set to be all about Beyonce.

After serving time, rapper Ja Rule is now on a more spiritual path.

Country fans are dancing on the streets of Chicago... and crying into their Guinness glasses in Dublin.

Getting a song to hit in the summer can change a career -- just ask Katy Perry or Robin Thicke.

A trio of middle school rockers has just unlocked a major record deal.

When it comes to the future of the music business, Taylor Swift sees the glass half-full.

Iggy Azalea would love it if everyone channeled "Frozen" and just "let it go."

Robin Thicke's new album "Paula" is inspired by his estranged wife Paula Patton, but he hasn't seen the woman herself in months.

The latest celebrity breakup is a surprising one: Folk singer Jewel and her husband Ty Murray are going their separate ways.

Horace Silver, the innovative and prolific jazz pianist best known for such pieces as "Song for My Father" and "The Preacher," has died. He was 85.

Where do lonely hearts go?

Paul McCartney has rescheduled the U.S. tour dates he had originally scheduled to begin in mid-June for October.

Carrie Underwood continued her reign over the CMT Music Awards on Wednesday night.

A lawsuit has been filed claiming that the iconic Led Zeppelin song "Stairway to Heaven" was far from original.

Ladies and gentlemen, the Rolling Stones are back on tour.

Paul McCartney is almost "Out There," again.

Paul McCartney fans in Japan are going to have to wait a little longer to get "Out There."

If you're a Michael Jackson fan, chances are you spent May 13 escaping with some of his new music.

Miley Cyrus is back on track after a severe allergic reaction put the pop star in the hospital.

Cue the screams: One of the hardest-working couples in show business is headed on tour.

It wasn't the grand announcement fans were hoping for, but it will do.

AC/DC rhythm guitarist Malcolm Young is ill and is "taking a break," the band posted on its website Wednesday.

The 2014 Rock and Roll Hall of Fame induction ceremony Thursday celebrated some of the industry's greatest legends the best way it knew how: by turning up the music.

Eminem and Rihanna's "Monster" is headed for the MTV Movie Awards.

By now, Miranda Lambert is certainly accustomed to being the belle of the country ball, but she tries not to show it.

Christine McVie hasn't ventured out on tour with Fleetwood Mac in 15 years, but she's ready to get back on the road.