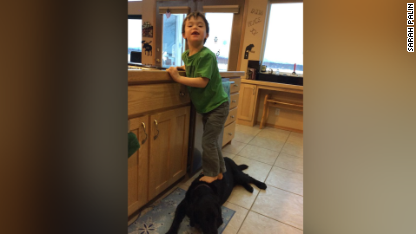 Political attacks have really gone to the dogs.
FULL STORY 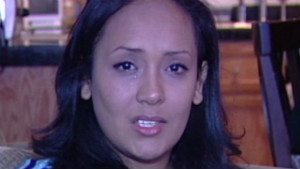 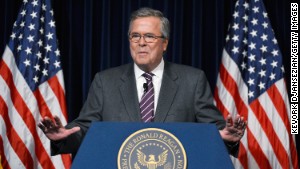 Bush & Clinton: Do they have what it takes to run?

It can't be. The Republican Party's wise new sage on immigration is ... Mitt Romney?

President Obama's critics have the right to be upset by his decision to shield from deportation, at least temporarily, some groups of undocumented immigrants. But they don't have the right to twist the facts, use inflammatory language and create confusion.

Like misery, failure loves company. Look at the immigration debate and how both liberals and conservatives -- and elected officials in both parties -- bungle it.

"Let the word go forth from this time and place, to friend and foe alike, that the torch has been passed to a new generation of Americans -- born in this century, tempered by war, disciplined by a hard and bitter peace, proud of our ancient heritage ..." ? John F. Kennedy, inaugural address, 1961

Mr. President, the midterm elections are over. You're out of excuses. Your stalling has worn thin. And the hour is late.

Politicians in both parties might have seriously miscalculated. The election returns aren't in yet, so we can't know for sure. Still, if trends continue, this could turn out to be a bad year for fear.

Warning: This isn't exactly a heartwarming story about a boy and his deer. Only one of the characters makes it to the closing credits.

Where are the lost boys of Mexico? That's what many people, in that country and around the world, want to know. The answer could say much about the new narrative that has been pushed about the country.

It's time to deal with another scandal involving the Secret Service ? one that leads directly into the White House.

This academic year, the major lesson in America's public schools will be on the civil war.

So now we're having a debate about spanking.

Now that President Barack Obama has broken his promise to take executive action on immigration, and put off the thorny issue until after the midterm elections -- and I predict, for the remainder of his presidency -- many immigration reform advocates are angry, surprised and disappointed.

Not so long ago, we defined relations between Mexico and the United States by how its president got along with our president. Yet, when the U.S. chief executive is distracted by events in Russia and the Middle East, what counts now is how Mexican President Enrique Pena Nieto relates to the governors of U.S. states.

For many Americans, the scariest phrase in the English language is "changing demographics."

Monitoring the immigration crisis requires keeping one eye on Washington and one on the U.S.-Mexico border.

Tom Greer is an 80-year-old crime victim who had the absolute right to use deadly force to defend himself when a pair of burglars -- a man and a woman -- broke into his home in Long Beach, California, and began assaulting him. And yet, if there is any justice, the 80-year-old should spend the remainder of his golden years in prison.

Texas Gov. Rick Perry is right to immediately send 1,000 National Guard troops to the U.S.-Mexico border in response to the border kids crisis.

As we try to grasp the enormity of the crisis involving at least 57,000 unaccompanied minors from Central America who crossed the U.S.-Mexico border looking for safe haven, Americans should stop casting blame and be realistic.

It's the law of unintended consequences.

President Obama needs to send U.S. marshals to Southern California. They can protect the Central American women and children whom the federal government has sent out West, with more due to arrive every 72 hours under an immigrant redistribution plan hatched by the Obama administration.

It's time to get beyond the question of who's to blame for the crisis along the U.S.-Mexico border, where tens of thousands of children -- three-fourths of them from Honduras, Guatemala, or El Salvador -- are streaming into the United States and overwhelming our border enforcement apparatus.

Sometimes a filmmaker makes a documentary to have an impact on a national issue, and the finished product impacts him in profound and lasting ways as well.

Hillary Clinton wants Americans to believe that she made difficult decisions as secretary of state. That's the premise of her new book, "Hard Choices."

Where did our country go? Americans are known around the world as a good and compassionate people -- with a soft spot for children.

The immigration debate in the United States should be guided by what is in the best interests of the United States. Take it from a fifth-generation American whose maternal ancestors have been in Texas since the Lone Star State was more commonly referred to as "Northern Mexico."

Normally, when an elected official has to make difficult choices, balancing ambition with practical concerns, it boils down to a personal decision. But when the official is a political rock star who might just be the first member of his community to become president, the whole decision-making process plays out in public.

When it comes to giving driver's license to illegal immigrants, California has spent nearly two decades embroiled in a never-ending saga.

As you have probably noticed, human beings will sometimes do dumb things. Like step onto someone else's property late at night or in the early morning hours, whether innocently or not so innocently. But that doesn't give other people license to overreact and use deadly force to kill an unarmed trespasser. The law of man says so but so does the code of common decency.

When it comes to thinking about affirmative action, there's an old way and a new way.

There are two groups of Republicans: Those who pander to nativists by encouraging anti-Latino prejudice and exploiting the fear and anxiety that come from changing demographics, and those who tolerate the first group.

Twenty years ago, an editor at the Los Angeles Times told me the newspaper had changed the way it reported on Mexico. "Now we cover it as a local story," he said.

When the worlds of federal bureaucracies and public schools collide, what results is often a teaching moment for all involved.

An amusing video is posted showing an adorable 3-year-old boy asking his mom for a cupcake with the determination of a first-year law student.

This week, there was a massive attempt to gate-crash on the U.S.-Mexico border, part of the "Bring Them Home" campaign. A better name for it would be "Operation Return to Sender."

The most important tool that law enforcement officers have at their disposal is common sense. This is especially true with that segment of the force that spends the most time interacting with the public: traffic cops and highway patrol officers who enforce the vehicle code.

Why only reach back to right a wrong from a half-century ago? Why not correct a travesty that is occurring right now?

Clarence Thomas has an abundance of two things that are often in short supply whenever Americans talk about race: courage and common sense.

Canada's most valuable export? Oil. Its most problematic? Justin Bieber.

Tom Brokaw has had enough of "bridgegate."

What is it with juries in high-profile cases in Southern California? Over the years, they've become a national joke. But no one is laughing.

My son has a new video game, and I have a new problem.

A recent dust-up at MSNBC is driving the latest round of "gotcha" between the right and the left.

This Christmas, enjoy the turkey and roast beef. But do yourself a favor, and skip the duck.

Here's a scary thought: There's a country where officials are suggesting that the visas of gay partners of U.S. diplomats be revoked and these individuals be put in jail -- not because the country recently outlawed same-sex relationships but to crack down on Americans.