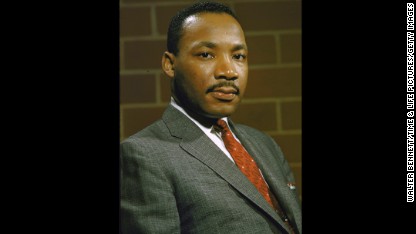 Today, as we celebrate the legacy of Dr. Martin Luther King Jr., I know there are those who will ask, "How long will it take?" How long until the dream is fulfilled? How long until our destination is reached?
FULL STORY 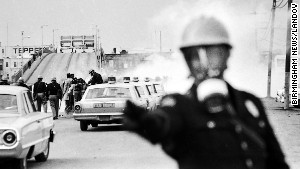 Selma, the movie and the message 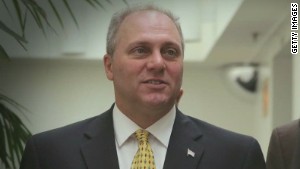 Scalise speech to hate group more than a mistake

When I saw these words on Twitter, I couldn't help but put down my tablet: "They say the smallest coffins are the heaviest to carry."

On the night the Ferguson Grand jury's decision broke, a friend sent me an email:

After the past week's political upheavals in Washington and around the country, we are reminded that certain things remain constant in politics. Unfortunately, one of those things is the sexism leveled at any woman who rises to power in the White House -- under presidents of either party.

Time magazine has clearly kicked up a hornet's nest with its downright insulting cover headlined "Rotten Apples," and coupled with the blurb, "It's nearly impossible to fire a bad teacher. Some tech millionaires may have found a way to change that."

Democratic candidates who run from President Obama in red states where he is unpopular are making a big mistake. Their holding Obama at arm's length deprives voters of a clear choice at the ballot box.

What is going on inside the heads of those nine Supreme Court justices? This week's legal drama around same-sex marriage makes me worry that they're all thinking more about politics than doing right by the Constitution.

As a longtime political operative, I know firsthand how a vote here or a vote there can make a huge difference in a close election. And as Vice President Al Gore's former campaign manager, I understand the impact U.S. Supreme Court decisions can have on electoral outcomes.

President Obama spoke Thursday about the unrest in Ferguson, Missouri -- an unrest that began in response to the shooting of Michael Brown, an 18-year-old boy with no criminal record.

President Barack Obama is back in Washington after a three-day trip to Colorado and Texas that included fund-raising for his Democratic colleagues and meetings with governors and legislators and mayors and citizens.

Mark Twain famously said, "There's lies, damned lies, and statistics." Lord only knows what he would have said about polls.

For many political observers, last night's loss by Eric Cantor was one of the biggest shocks of our political careers.

The silly season is upon us: the time during an election year when those trying to muck up the other side throw all sorts of nonsense about a candidate onto the public wall.

The debate on climate change is over.

I lost a friend and mentor today.

It's been a long time. A very long time. But I cannot forget my first school lunch.

On Saturday, we will commemorate the 60th anniversary of Brown v. Board of Education, the U.S. Supreme Court decision that outlawed school segregation. Across the country, people are reflecting on the current state of educational opportunities for children of color.

In beating a hasty retreat from Cliven Bundy, their onetime Lonesome Cowboy icon, Republicans have resorted to a familiar tactic: divert, deny, distract.

At the celebration of the 50th anniversary of the passage of the Civil Rights Act, four presidents remembered the battles and honored those who fought to form "a more perfect union" on the path to economic, educational and voting equality.

Despite Republicans' claims that they're going to shorten the 2016 primary process, the contest is already under way.

There's no question about it -- I hate to lose. On Tuesday, Alex Sink, a great Democrat running in a special congressional election in Florida, lost.

Moving the clock for conservatives: Are they springing forward or falling back?updated Wed Mar 12 2014 08:17:24

Time has changed. In fact, most of the country just moved an hour forward.

In her 1976 keynote address to the Democratic National Committee, Texas Rep. Barbara Jordan said words I will never forget:

I suppose we like to predict the future because uncertainty makes us uncomfortable. Or maybe we just like the game of analysis.

Sometimes I think the media live in a time warp. There's so much talk about Hillary Clinton and the expanding/shrinking/expanding field of possible Republican candidates, you'd think we're in the middle of an Olympics ratings battle.

The NFL markets the Super Bowl as the ultimate game, the ultimate contest. Helmets clash like gladiators in ancient Rome. Stadiums resemble coliseums -- especially those without a roof. The contest is macho all the way. Players talk about "manning up" (not a reference to the quarterback family) and other testosterone-leaning terms.

Another State of the Union address, another road trip for President Barack Obama to push now-familiar policies that he said he would pursue on his own if Congress won't cooperate.

On Tuesday night, President Barack Obama will deliver his fifth State of the Union message. He will declare to a dysfunctional Congress, weakened by years of gridlock, that the union is sound -- even if effectively only two-thirds of the government is functioning.

Oh there been times that I thought I couldn't last for long But now I think I'm able to carry on It's been a long, a long time coming But I know a change gonna come, oh yes it will. ?Sam Cooke

As a practicing Catholic all my life, my faith and the church are never far from my mind. The lessons I learned in the church have structured the way I've approached my life and my career. They were lessons of grace, kindness, forgiveness and compassion.

2014 is shaping up to be a pivotal political year for Republicans.

When the Dow Jones Industrial Average topped 16,000 earlier this month, headlines throughout the country trumpeted the milestone as a sign of recovery for the economy.

A remarkable thing just happened in Congress. Republicans and Democrats sat down together to work out a budget. This hasn't happened since 2009.

After the vote in the House of Representatives to slash the Supplemental Nutrition Assistance Program, I wrote a column against cutting food stamps. This column generated more than 5,200 online comments and hundreds of e-mails.

We are in the middle of a fight to preserve the dignity and grace that makes all of us Americans. We have big hearts and great souls. I know. I have seen them, felt them and watched them in wonder when my family was lost and unreachable in the wake of Hurricane Katrina.

Tonight, President Obama will give a pivotal speech, perhaps the most pivotal speech of his second term. He will address the nation from the Oval Office and make the case for an air attack against Syria.

I finished this column at 7 a.m. Friday morning, interrupting my vacation to write it. About six hours later, President Obama made an impromptu appearance in the White House briefing room, sharing in detail his thoughts and feelings about the verdict in the case of George Zimmerman, who was acquitted of killing Trayvon Martin.

Like so many others, I am distraught. It will take many days to sort through my feelings and reactions to the verdict of not guilty in the Trayvon Martin case. Still, some thoughts and lessons are obvious, immediate and, in a sense, imperative.

In an earthshaking 1965 speech to Congress and to the nation, President Lyndon Johnson spoke directly to the sinister forces that had restricted black Americans' right to vote across the South -- laying out the goals of the Voting Rights Act in the form of a command to this shameful cabal.

"The stupidity is simply staggering," Rep. Charlie Dent, a moderate Republican from Pennsylvania, told Roll Call. He was referring to the political miscalculation of anti-abortion forces in the House Judiciary Committee who insisted this week on reviving the culture wars, years behind us, still again, with yet another proposed abortion bill.

Today is the 46th anniversary of Loving v. Virginia, the landmark U.S. Supreme Court decision that declared unconstitutional any ban on interracial marriage. More than four decades after the historic and aptly named Loving decision, the U.S. Supreme Court is once again poised to rule in a case that could put an end to discriminatory bans prohibiting marriage, this time for gay and lesbian couples.

Our democracy is endangered. Not by the Russians, North Korea, the Iran regime, or even terrorists. To quote Pogo: "We have met the enemy and he is us."

For some Republicans, 2016 is 1992: Hating Hillary Clinton is chic again. Only more so, since the former secretary of state is also the partner of and potential successor to the last two Democratic presidents?Bill Clinton and Barack Obama.

My dad was an avid sports fan and a great athlete in his day. We used to watch basketball and football games together, and I know some of his proudest moments as a father were when I wore my sports uniforms in high school and college.