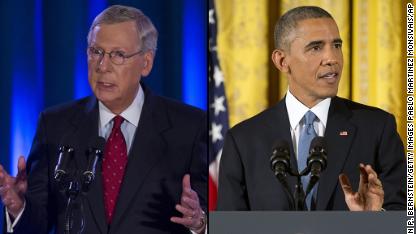 Now that Republicans have won control of the Senate, Washington is awash with rumors and speculation about how President Barack Obama and the GOP Congress will get along. Armchair Dr. Phils are already yakking about how the two sides should just get along "for the sake of the children...er, country."
FULL STORY 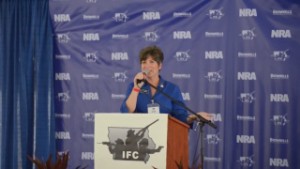 Candidate's gun remarks should scare us 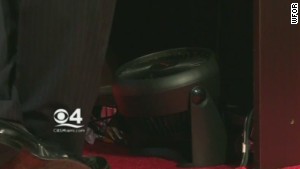 When the Rick hits the fan

"Are you running for president?"

Bill Clinton's speech accepting the Democratic nomination for president in 1992 went through 22 drafts. But from the first to the last, he insisted on including a call to service.

As an American, I am appalled by Dick Cheney and his relentless, pathetic and ultimately doomed effort to revise the history of his failures.

There's a great story about Democratic icon Ted Kennedy. When he was first running to succeed his brother John in the Senate, he was attacked for being a child of privilege. It was true. Kennedy had nannies and nursemaids and private schools. He'd hobnobbed with ambassadors and princes and popes.

I signed up for health care through the Affordable Care Act last week.

There are certain moments of parental pride you know are coming: their first words, first steps, first date. And then there are the ones that blindside you. Like this: The night before the Nelson Mandela memorial service, my 13-year-old son said, "Dad, I'm going to wake up at 4 to watch the Mandela memorial."

It is hard for me to recall a victory as total -- or surrender as ignominious -- as the Great Shutdown Showdown of 2013.

As Washington hurtles toward a government shutdown, the go-to move for the uninformed is to blame both sides equally. Just say, "A pox on both their houses," and you can get through any neighborhood barbecue or TV talk show.

It's not often that I agree with Sarah Palin. But when she comes around to a liberal point of view on an issue, that is to be noted with praise. So, good for you, Sarah, for flip-flopping on the issue of hard work.

It's a thrill for me as a fisherman to see a wild Alaskan silver salmon jump out of the water with my fly in his mouth. And it's an even greater thrill for me as a father to see my eldest son guide his old man and his little brother into a honey hole full of salmon on a remote Alaskan river.

I suppose Republicans are to be congratulated for nominating a Latino Navy SEAL as their Senate candidate in Massachusetts. I recall when GOP lowlifes mocked and lied about the war heroism of John Kerry, and just last year Mitt Romney was saying the DREAM Act was a "handout" and Latinos voted for President Obama because they wanted "gifts."

Frank Lautenberg grew up in Paterson, New Jersey -- a tough mill town. Served in World War II, where he scampered up improvised rickety poles to string wire to keep the lines of communication open. Went to Columbia on the GI Bill, then made a fortune as co-founder of ADP. He was among the first to see how computers could revolutionize business, and he put the new technology to work processing paychecks.

The mega-wealthy Mitt Romney foolishly said the issue of income inequality should be discussed "in quiet rooms." He was wrong about that -- and it would be wrong to discuss press freedom and national security in an off-the-record setting.

Every parent loves his or her child; it's the prime directive of the species. Twenty years ago, when my wife was pregnant with our first baby, Hillary Clinton told me that having a child is like taking your heart out of your body and letting it walk around.

What is one to make of Sarah Palin's defensive, bitter, self-centered speech in response to the mass killings in Arizona?

President Obama needs to thank Gen. Stanley McChrystal for his decades of brave and selfless service, then fire him.

Midway through his presidency, George W. Bush was asked by the journalist John Dickerson to name his biggest mistake since 9/11 and what he'd learned from it. Here's what he said:

You probably have never heard of Robin Beaton, and that's what's wrong with the debate over health care reform.

Happy Patriots' Day. April 15 is the one day a year when our country asks something of us -- or at least the vast majority of us.

I love Alex Castellanos. Heck, somebody has to. Truth is, we've been known to break bread after our CNN gigs. He is engaging and amusing and whip-smart.

Dick Cheney has finally found the limits of government power.

Gov. Mark Sanford of South Carolina took umbrage at my writing that his approach to the economic crisis is to do nothing. I'll deal with his "ideas" in a moment, but first let me make a modest proposal:

As the fight over President Obama's economic recovery package heats up, the two sides are beginning to define themselves with admirable clarity.

You know you're low when you have lower ethical standards than a convicted felon, but that's where former Sen. Norm Coleman finds himself.

The big news in New York politics is not that Caroline Kennedy, a deeply private person, preferred to be in private life.

Sometimes pictures tell a story better than words. On Inauguration Day, we saw Barack Obama, strong and certain, striding purposefully into the presidency.