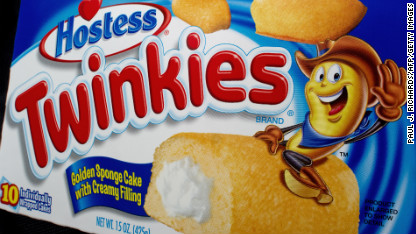 If Twinkie dies, we killed it

Shall I compare thee, Twinkie, to a sunny day? Thou art more lovely and flavorful than a Ring Ding or a Devil Dog.
FULL STORY 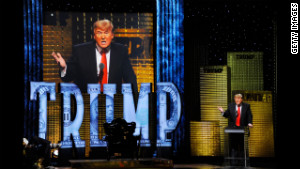 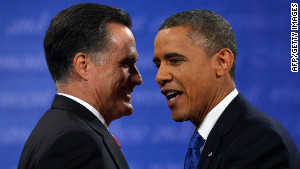 Obama-stare puts a spell on Romney

Attention white Anglo-Saxon Protestants: Your days of running things are over. You have jumped the shark.

A Catholic priest, a rabbi, an evangelical minister, a Sikh, a Greek Orthodox archbishop and two Mormon leaders walk into the Republican National Convention.

"The vice-presidency isn't worth a pitcher of warm piss."

I feel guilty. My iPhone has been great to me. Loyal. Hard working. Holds a charge well. Sure, we had some dropped calls, but who hasn't?

Christianity in America is being hijacked. The faith known for Jesus Christ's teaching of "love thy neighbor as yourself" is in danger of being redefined by the far right as: "Hate the gays, Mormons and Muslims."

A reporter from a right-wing media outlet heckled President Obama -- not once, but twice -- on Friday as he was unveiling a new immigration policy. If this shocks you, you haven't been paying attention. This is simply the latest page from the right's playbook to delegitimize Barack Obama's presidency.

Fact: Americans love to curse. We, the people, use profanity every day. Some will deny this reality, but those people are [expletive] kidding themselves.

Can liberals ever be happy? I keep asking myself this question as I hear an increasing number complaining about President Obama.

"Justin Bieber accused of roughing up photographer." When I read this headline, my initial reaction was: Who would admit to being beaten up by Justin Bieber?

When I was growing up, my friends and I all wanted to be cool -- like Al Pacino, Robert De Niro or, of course, the king of cool at the time: Fonzie. (I should note that I grew up in an Italian neighborhood.)

Rocker Ted Nugent found himself being investigated by the U.S. Secret Service after making this statement last weekend at the NRA Convention: "If Barack Obama becomes the president in November, I will either be dead or in jail by this time next year."

What would happen if you posted derogatory comments about your boss on a Facebook page that you knew would be read by your co-workers?

$640 million dollars. We all know that number. It's the amount of last week's record Mega Millions jackpot. The media coverage reached a fever pitch as the prize rose to an awe-inspiring amount of money.

First, there was the war on drugs. Then came the war on terrorism. Followed by the war on Christmas, women and religion. We seem to love waging wars.

There were once seven words you couldn't say on television, as the late comedy icon George Carlin famously lampooned 40 years ago.

Poor Rick Santorum. He is very frustrated and apparently now a bit nauseous.

First, there was "Flying While Muslim." This expression summed up the extra challenges of being an American Muslim when flying on commercial airlines.

"Is capitalism really about the ability of a handful of rich people to manipulate the lives of thousands of people and then walk off with the money?"

Stephen Colbert -- host of "The Colbert Report" and unabashed right wing radical -- is now considering running for President of the United States of America.

There are two Rick Santorums: The first one I might not agree with, but the second one truly scares me.

It's finally here! No, not the post-Christmas store sales or the impending New Year's Eve festivities.

I grew up in an interfaith home where I learned, despite what some on the far right allege today, that Islam and Christianity have much in common. My father was Muslim and born in the 1930s in what was then known as Palestine. My mother is Italian (Sicilian, to be accurate) and proudly Christian.