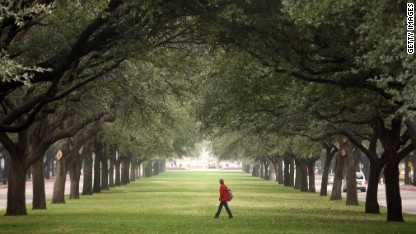 Should colleges talk to parents about their kids?

I was walking to my study on the campus recently when I came across the annual ritual: Rows of cars were being unloaded by parents bringing their kids to college. There was a whole beehive of young people, with special T-shirts marked "staff," who helped the parents carry the computers, boxes, and other gear. A generation ago, I had to schlep that stuff myself (with the assistance of my bewildered freshman son).
FULL STORY 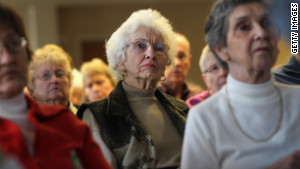 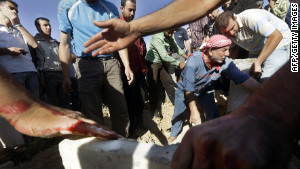 Now is the time for U.S. to act on Syria

Like the annual outbreaks of flu, every year brings a new round of attacks on having and raising children. Some years, it takes the form of articles pointing out how expensive children are. You could buy a fully loaded Porsche for the $250,000 a child costs you these days, we are told.

The gun lobby is fiercely, and so far successfully, blocking what easily could be the greatest technological breakthrough to catching killers and deterring others.

If you are reluctant to challenge your physician on a certain procedure or medicine, you are hardly alone. Focus groups show that many patients feel intimidated by their doctors. They're reluctant to take an active role in discussing their care because they're afraid that the doctor will see them as "difficult."

You do not have to be an investor in the stock market or real estate or looking for a job to be alarmed when several highly regarded observers warn that the United States economy is about to be driven "off the cliff" by increasing debt, the expiration of tax cuts and the prospect of deep spending cuts.

Whatever the outcome of Facebook's public offering of stock, the social network has already enriched quite a few ? as well as famously offered many hundreds of millions of people a new virtual social world. Yet critics claim that Facebook is hastening the demise of privacy, which as the cliché goes, is already on life support.

Occupy Wall Street called on the masses to skip work and school on May 1, and to close their wallets. All this was supposed to amount to a general strike, if not an American Spring. Some even talked about bringing down capitalism. But the small demonstrations in many American cities and in other cities across the world had little effect.

While space travel still gets a lot of attention, not enough attention has been accorded to a major new expedition to the deepest point in the ocean, some 7 miles deep -- the recent journey by James Cameron, on behalf of National Geographic.