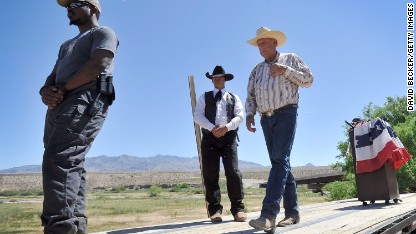 Changes in media pose a risk for America

When I moved to Washington almost 20 years ago, I subscribed to four daily newspapers. Printed newspapers, that is: on paper, with ink. In the mid-1990s, network news was already a fading phenomenon. But the Washington media elite booked time to watch programs such as "Crossfire" at the time they were broadcast.
FULL STORY 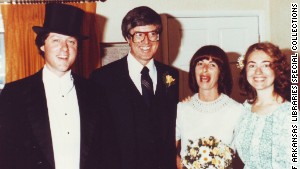 Is it sexist to talk about Hillary Clinton's age? 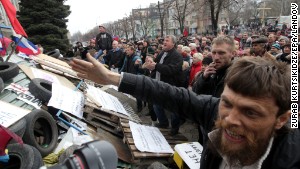 On June 13, 2009, hundreds of thousands took to the streets in the largest demonstrations seen in Tehran since the Iranian revolution of 1979. They were protesting what many observers said was a rigged presidential election. The regime answered with brutal repression. Security forces admitted 2,000 arrests and some 20 killings. Families of the protesters insisted that the true number of the killed was hundreds more.

The expensive casinos of Las Vegas look crowded. Tickets to the popular shows sell out. To the tourist, things look back to normal.

Democratic hopes for 2014, never good, are fading fast. The New York Times reported on the mood of panic among Democratic senators. Forecaster Charlie Cook is speculating about a Democratic Senate wipeout. It's suddenly looking very possible that Republicans could regain control of both houses of Congress for the first time in eight years. What then?

The millennials are growing up, but they are not growing out of their liberalism.

Nobody looks to Olympic opening ceremonies for historical exactitude. Yet the brutal denialism of the opening spectacle at the 2014 Sochi Games should anger and sadden every viewer -- and Russian viewers most of all.

New Jersey Gov. Chris Christie's political troubles may reshape the Republican race much more radically than most commentators are yet predicting. To understand why, think of the Republican presidential nomination as a playoff game between two rival leagues. One league is composed of the Republican party's donors and professionals. The other features the party's activists and militants.

Michelle Obama is controversial enough in this country. Many commentators criticize the cost of her clothes and the glitz of her entertaining. Yet it may be that she has generated the most reaction across the Atlantic.

The old deal made rough sense.

In 1834, Illinois voted whether to adopt Christmas as a legal holiday. Among those voting "nay" was the young Abraham Lincoln.

Here's some good news, a year after Newtown:

According to the statisticians, the U.S. economy has been expanding since June 2009.

A superpower needs a super attention span. Unfortunately, Americans seem to take little interest in the troubles of the world around them, even when those troubles threaten soon to vex Americans themselves.

To assess this weekend's nuclear deal with Iran, here are the key questions that must be answered:

As harrowing images from the Philippines grieve the world, notice something that isn't happening: we are not hearing much debate about the connection between tropical cyclones and global climate change.

Instead of opining on the proposed deal with Iran taking shape in Geneva, let's decode it.

The Mexican Senate has just passed, 72-2, an 8% tax on candy, chips and other high-calorie foods. It continues to debate a special additional tax of about 8 cents per liter on sugary soda.

U.S. conservatives deeply admire Canadian Prime Minister Stephen Harper. In a March story, National Review hailed Harper as the new "leader of the West" -- and they didn't mean Western Canada. The Wall Street Journal and The Weekly Standard have added their own praise.

"Do the Republican and Democratic parties do an adequate job of representing the American people, or do they do such a poor job that a third major party is required?"

Forty years ago this week, Egyptian and Syrian troops attacked the state of Israel.

How to react to Iran's new smiley-faced president, Hassan Rouhani?

What harm does it do?

Good news: We're not going to war in Syria, at least not right away.

"We're on the brink of creating Big Marijuana." That warning comes from my friend Kevin Sabet, a former senior adviser on drug control policy under President Barack Obama. Sabet now heads Smart Approaches to Marijuana, an anti-legalization group on whose board I sit.

Members of Congress demanded that President Barack Obama consult with them on Syria. They just got their wish. The responsibility for Syria policy will now be shared. Here are four questions that might be weighed wisely before the missiles fly:

The U.S. economy added 165,000 jobs in April. That's not a bad result, except for this fact: Technically speaking, the economy has been in recovery since the summer of 2009. Yet after nearly four years of economic expansion, nearly 12 million people remain unemployed.

Have you noticed that homelessness isn't worse? Here we are, living through the most protracted joblessness crisis since the Great Depression -- and surprisingly, fewer people are living on the street.

Ten years ago, politicians and pundits liked to say, "9/11 changed everything." For a while, it seemed true.

Democrats seem poised to choose their next presidential nominee the way Republicans often choose theirs: according to the principle of "next in line."

The Supreme Court will hear arguments this week in two same-sex marriage cases. Whatever the justices do, the outcome seems foreordained. When 80% of Americans under 30 agree about something, that something will happen -- it's only a matter of time.

To be a politician today is to live in some ways like a citizen of North Korea. A politician must assume that he or she is under 24-hour audio-visual surveillance. Any objectionable remark, any untoward joke, any awkward facial expression may be recorded and broadcast. Professional and personal ruin can strike at any moment.

"When Dr. Johnson defined patriotism as the last refuge of a scoundrel, he was unconscious of the then undeveloped capabilities of the word 'reform.'"

Republicans face two decisions about the nomination of Chuck Hagel as secretary of defense: how to vote and whether to filibuster.

On guns, President Obama needs a "Plan B."

Incomes? Home prices? New car sales? Americans exactingly measure everything that pertains to their material well-being. But when it comes time to assess the things that matter most -- human well-being and happiness -- there we find ourselves baffled.

The long debate on same-sex marriage is coming to an end. A plurality of Americans now support same-sex marriage; the figure is 63% among voters under 30. The rest is just a matter of time.

Massacres such as Newtown are horrifying and heart-rending. They are also nothing like the typical American gun murder.

Last week, I joined the board of a new organization to oppose marijuana legalization: Smart Approaches to Marijuana. The group is headed by former U.S. Rep. Patrick Kennedy and includes Kevin Sabet, a veteran of the Office of National Drug Control Policy under President Obama.

George H.W. Bush marked his 80th and 85th birthdays with parachute jumps. He said after the second jump: "Just because you're an old guy, you don't have to sit around drooling in the corner. Get out and do something. Get out and enjoy life."