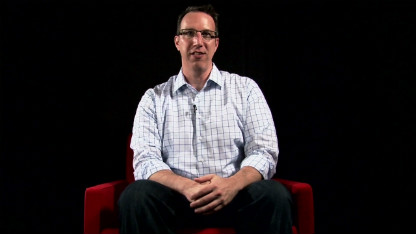 How technology makes us vulnerable

The future of science and technology sounds so promising. Unprecedented advances in computing, robotics, artificial intelligence, genetics, neuroscience and biotechnology hold the potential to radically transform our world for the better and create mass abundance for all.
FULL STORY 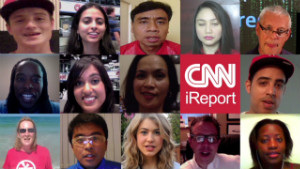 From families to revolutions: life 'because of the Internet' 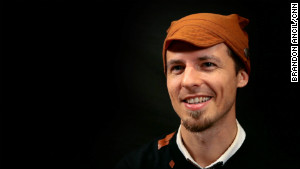 A factory for the emerging 'makers'

As the child of refugees growing up in Germany, architect Bo Le-Mentzal spent much of his life thinking about the meaning of the word "home."

I strongly believe being mayor is the public post in which you have the greatest opportunity to change peoples' lives for the better.

Once upon a time, people thought that swarming creatures such as fish, bees and locusts communicated their movements by "thought transference," or telepathy.

What do zombies and androids have in common? They're almost human, but not quite. That disconnect is creepy, in a way that scientists are searching to understand.

In the 20th century, getting your child a toy car meant a trip to a shopping mall. In the 21st century, it can mean going to your computer, downloading a file and creating the toy on your 3-D printer.

Years before Bill Nye became the Science Guy, he was a mechanical engineering student at Cornell University, where he took a course with astronomer Carl Sagan.

For decades, repressive governments in the Arab world controlled the media, shaping public opinion through propaganda, according to Wadah Khanfar, who headed Al Jazeera until his resignation this week.

Two years ago, Carlo Ratti, the head of MIT's Senseable City Lab, decided to find out what happened when city residents disposed of trash.

It wasn't enough for Nathan Myhrvold to work with Stephen Hawking on research in physics, or to develop many of Microsoft's key products, or publish books of his nature photography. He had to take his career in yet another direction -- by getting his hands dirty in the kitchen.

Many science fiction fans take for granted that there's no sound in the vastness of space. But Janna Levin, a physics and astronomy professor at Barnard College, says dramatic events in space do make a kind of music.

Humans have been doodling in snow, in sand and on cave walls for more than 30,000 years.

A few years ago, Malcolm Gladwell decided to let his hair grow longer, going back to the hairstyle he had as a kid growing up in Canada.