The year in movies: Battle of the sexes at the box office 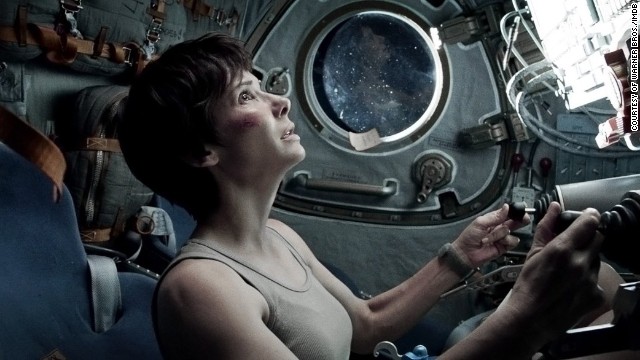 No. 1: Sandra Bullock's 2013 role in "Gravity" (with George Clooney) came with accolades and a nice paycheck. Forbes estimates the Oscar-nominated feature helped Bullock earn $51 million between June 2013 and June 2014, putting her at the top of Forbes' list of highest-earning actresses. Check out the other top earners: 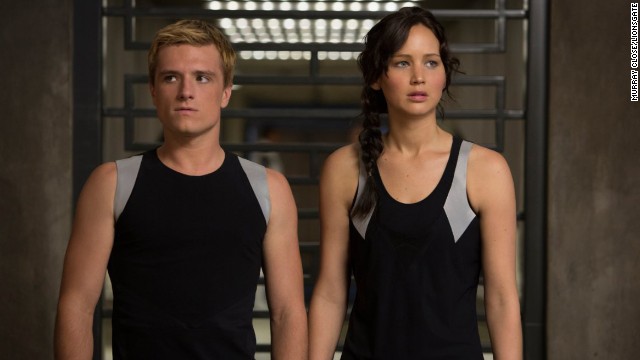 No. 2: "The Hunger Games" actress Jennifer Lawrence earned $34 million between June 2013 and June 2014 -- not so surprising considering the star's tireless work ethic. In addition to a "Hunger Games" sequel, "Catching Fire" (with Josh Hutcherson), she also starred in "American Hustle" and "X-Men: Days of Future Past." 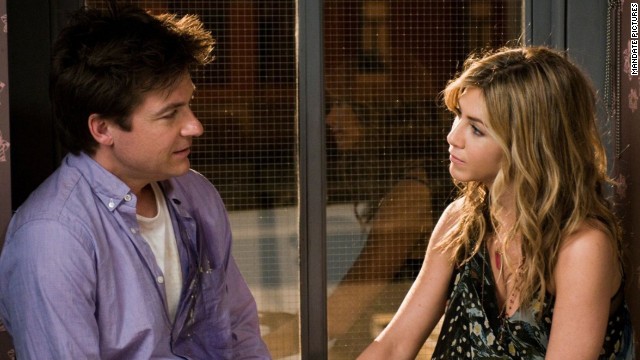 No. 3: Jennifer Aniston, here with Jason Bateman in "The Switch," may not be associated with strong showings at the box office, but she's the third highest-earning actress this year. When you combine comedies such as "We're the Millers" with lucrative spokeswoman deals and "Friends" residuals, Aniston pulled in $31 million in the past year. 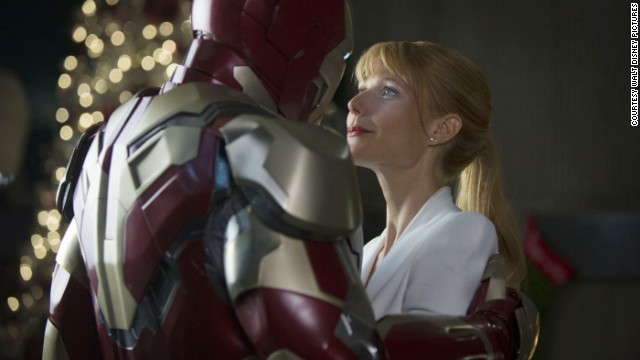 No. 4: Like Aniston, Gwyneth Paltrow is no stranger to being associated with a big brand. It doesn't hurt that the brand is "The Avengers" either. With her work in "Iron Man 3," Paltrow is estimated to have earned $19 million in the past year. 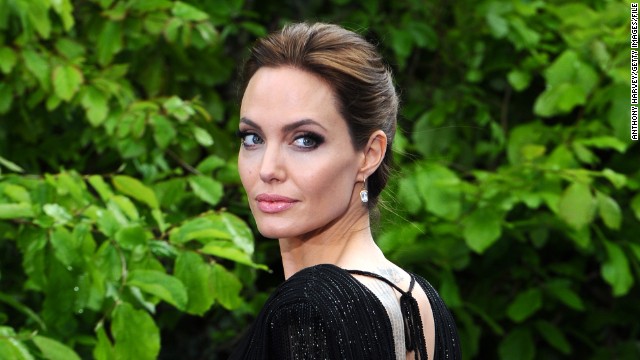 No. 5 (tie): Angelina Jolie has become as famous for her off-screen humanitarian work as she has for her on-screen talent, but the actress can still command a sizable payday. After taking time off for a double mastectomy, Jolie returned to the screen in May with "Maleficent." Forbes estimates that Jolie has earned $18 million within the past year. 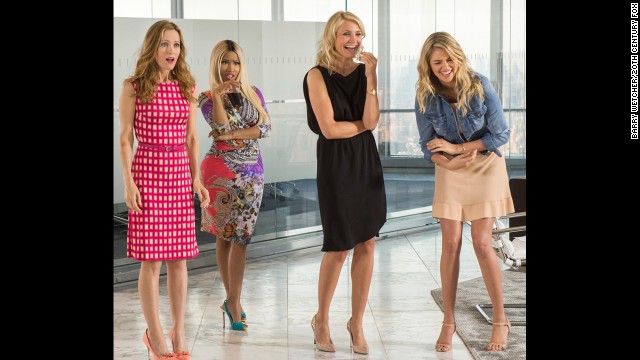 No. 5 (tie): Cameron Diaz, second from right, has had a steady stream of work that's added up to about $18 million in the past year. It includes the 2014 comedy "The Other Woman," which also starred Leslie Mann, from left, Nicki Minaj and Kate Upton. 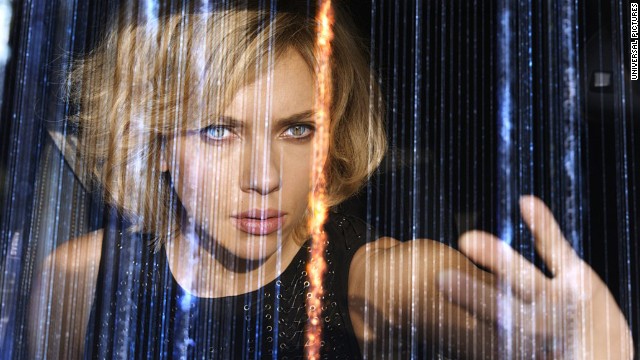 No. 6: Scarlett Johansson is proving herself to be a force at the box office, recently landing at No. 1 with the action flick "Lucy," pictured. Her work in the Marvel movies as Black Widow and endorsement deals also helped her secure a debut spot on Forbes' list of highest-earning actresses. The magazine estimates Johansson made about $17 million in the past year. 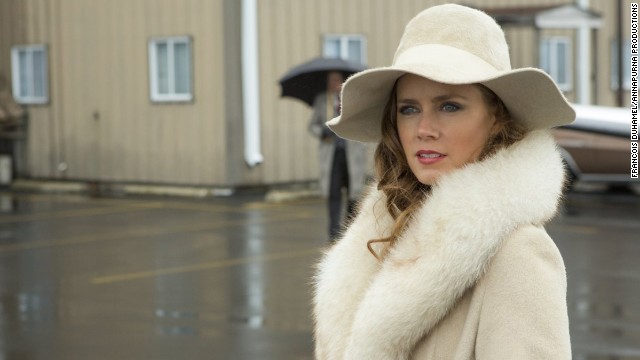 (CNN) -- Think back over your favorite blockbusters this year. How many of them starred women in leading roles? Chances are, the answer is slim to none.

In 2014, women led 18% of the year's 50 highest-grossing movies, according to a study by BoxOffice.com. For every Jennifer Lawrence in "The Hunger Games," there's "Guardians of the Galaxy," "Captain America: The Winter Soldier" and "X-Men: Days of Future Past" -- all starring vehicles for (white) male actors.

Yet it's still women who show up in theaters and fuel box office receipts. Last year, three out of five of the highest grossing films had female audiences that were higher than male audiences, according to data released by the Motion Picture Association of America. "Hunger Games: Catching Fire," "Despicable Me 2" and "Monsters University" were the three highest grossing films of 2013 that skewed female."Man of Steel" and "Iron Man 3" were the two remaining films that attracted male audiences.

And women don't only represent in theaters; they're also largely behind the social media conversations that drive moviegoers to theaters. Susan Cartsonis, chairwoman at the Women in Film Foundation, said women are responsible for over 60% of messaging over social media. "The female audience is a very enthusiastic, underserved audience. We go to see movies with our girlfriends, men and children and we want to tell everyone we know about it," Cartsonis said.

These social media conversations are not just limited to your regular female moviegoer. Mindy Kaling and Elizabeth Banks spread the good word about "Guardians of the Galaxy," which was both male led and the No. 1 grossing movie in the 2014 box office. Both stars reached well over 1 million Twitter followers in their posting.

Buying my tix for #GuardiansOfTheGalaxy. This film is gonna rock! So psyched for my boo, @JamesGunn.

So women will fill movie theaters and tweet with abandon in support of some of Hollywood's biggest films. But for some reason, Hollywood seems incapable of making movies about and starring women.

There is no easy answer as to why that is, but filmmaker Paul Feig believes the problem lies in a lack of strong material for actresses.

"Women(-led) films don't make as much money internationally, but I've seen the material that's being generated for women and it's not that good," Feig said. "It's just missing something character-wise."

Feig broke new ground with his 2011 hit comedy, "Bridesmaids," which gained unprecedented attention from both men and women. The vision was simple: Round up some of the industry's funniest actresses and have them portray what it's like when different women are thrown together in a bridal party. Not only did it bring in a ton of money, but many credited it for making enduring headway for women in film.

Feig does not completely agree. He said "Bridesmaids" opened the door, but not wide enough: "There's still not enough roles for women in film and it's distressing."

Another issue is that the roles that do exist may just feed back into long-held gender stereotypes. As Kristen Wiig, a colleague of Feig's who co-wrote and starred in "Bridesmaids," told CNN, women in film are moving in the right direction if they are not playing "the nagging wife or the crazy neighbor."

There seems to be hope on the horizon. At the moment, there are two films gaining awards season buzz that are positioning themselves as a step in the right direction: Reese Witherspoon's "Wild" and Jennifer Aniston's "Cake."

In "Cake," Aniston stars as a woman suffering from chronic pain and emotional madness, pushing away the ones she loves the most. With "Wild," Witherspoon plays an unstable, reckless character in search of light at the end of the tunnel after the death of her mother.

"I feel like the past few years we have seen less of these women on our screen," said "Wild's" producer Bruna Papandrea, who longs for strong, iconic characters like those in "Thelma and Louise" (1990) and "Network" (1976). "Women are speaking up now for more of what they want to see and they are driving the social conversation."

But if we're ever going to truly close the gap between lead roles for men and women, it will have to be more than the audience demanding for it to happen.

There would also need to be more filmmakers like Feig, who's made it blatantly clear that he sees no reason to constantly tell movies from a male point of view. For his upcoming "Ghostbusters" reboot, Feig has decided on a female cast, a decision that earned him criticism from skeptics.

Despite the flak over social media, Feig said he "just wants to level the playing field." After all, he pointed out, "the funniest people I know are women."