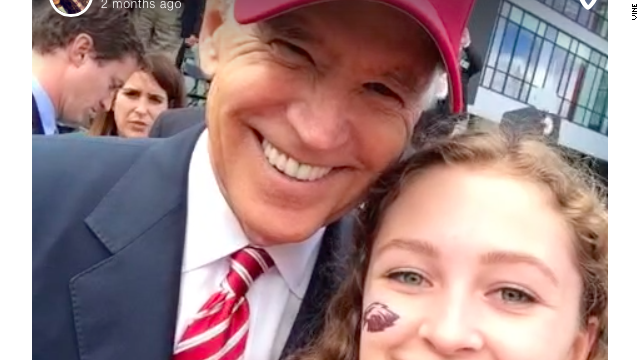 (CNN) -- Whether it's competing in a guitar battle or doing a karate kick in costume, there's a lot a politician can do in six seconds. With that, I give you the best Vines in politics for 2014:

1. Joe Biden goes into take a selfie while wearing a baseball cap, and it's really a Vine. Oh yes, the girl taking the Vine knows exactly what she's doing. #Biden'd

2. Michelle Obama's vegetable take on DJ Snake and Lil Jon's "Turn Down for What"

3. 77-year-old Rep. Jim McDermott, D-Washington, paid tribute to martial arts icon, Bruce Lee. And, no, this was not for Halloween.

4. A guitar battle that took place on not one, but two Vine accounts, where Rep. Keith Ellison, D-Minnesota, and Rep. Joe Crowley, D-New York, challenged each other with six-second Prince cover jam sessions:

That's a wrap for 2014. I can only imagine what the new year will bring.