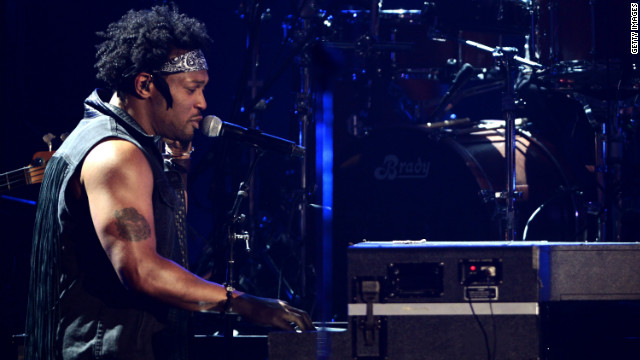 D'Angelo performs onstage during the 2012 BET Awards at The Shrine Auditorium on July 1, 2012 in Los Angeles, California.
STORY HIGHLIGHTS

It's the subtitle of D'Angelo's biggest hit song and a question many are sure to ask the R&B singer after the release of his first album in 14 years.

"Black Messiah" follows belatedly on the heels of "Voodoo," the album that launched D'Angelo to superstardom in 2000.

What took so long for "Black Messiah" to take shape?

D'Angelo offered a glimpse into the cause of the delays and his legendary reclusiveness in a 2012 GQ magazine profile.

The singer, whose full name is Michael "D'Angelo" Archer, opened up about substance abuse, weight gain and a car crash that kept him out of the public eye and his fans craving new music for years.

Perfectionism in the studio stalled the new project even after the singer was able to put his demons in check. But with club appearances over the last few years, a performance at the BET Awards and a cover set at the Bonnaroo music festival in 2012, D'Angelo has eased back into the spotlight.

"Black Messiah" was released at midnight on Monday morning, causing fans who never thought they'd see the day to praise the R&B gods.

"Late Night With Jimmy Fallon" bandleader Questlove, who collaborated with D'Angelo and his band The Vanguard on "Messiah," deejayed a listening party Sunday evening.

"It's a passion project, and it's everything," Questlove told the audience, according to Rolling Stone. "I don't really want to give a hyperbolic or grandiose statement, but it's everything. It's beautiful, it's ugly, it's truth, it's lies. It's everything."

D'Angelo has announced a 2015 European tour dubbed "The Second Coming."

"Black Messiah" is D'Angelo's third album in a career that has spanned more than 20 years. His 1995 debut album, "Brown Sugar," featured the hit "Lady," which put him on the R&B map. With "Voodoo," his popularity expanded beyond the R&B genre.

The video for Voodoo's "(Untitled) How Does It Feel" helped transform the singer into a sex symbol and a highly sought after performer. It featured the singer on a stripped down set, bare from the waist up, singing directly to the camera. Fans were hooked, and the song netted D'Angelo a Grammy for best male R&B vocal performance.