Women run banks differently: they are aware of 'collateral damage'

(CNN) -- Jane Fraser is the CEO of U.S. Consumer and Commercial Banking and CitiMortgage and is often cited as one of the most powerful women in banking. She tells CNN's Poppy Harlow how women lead differently from their male counterparts.

JF: We do, and it's not just a gender thing. If you're from Asia you run it differently than an American -- it's just true diversity. In the private bank I worked in, a third of the leadership team was female, you then had a slight shift in the way the team worked.

Women want to win as much as men, they just don't need all the badges.
Jane Fraser, CEO U.S. Consumer and Commercial Banking and CitiMortgage

I often put women into roles where they're thinking about the broad franchise, they have this awareness of collateral damage and can be more nurturing.

They really build the team, they want to win as much as the men, they just don't need all the badges.

CNN: Do you sometimes take a job before you feel ready? And believe that if you are being chosen for it, you will learn on the job?

JF: I've moved into three businesses that I didn't know anything about. It's all about the team you get, you have to get very comfortable choosing people who work with you and who are going to be better than you.

Your job is to lead, not to have all the answers.

CNN: When you took the job at CitiMortgage, 90 percent of people said to you that you were crazy. Why?

Cisco boss' road to the top

JF: I'd been running a private bank at Citi, which is a joyous franchise because you get an opportunity to meet some of the most successful business men and women in the world. A lot of your day is spent talking to clients, it's truly a privilege.

To do that and then move to a business that was at the beginning of a very negative cycle -- it's not an obvious move from a business that's in good shape. But I love the opportunity to turn something around, to try and make a difference.

CNN: How did you balance your work and home life?

JF: My husband was running a bank, over in Europe, we sat down in 2008 and said; 'one of us has to stop for family'. He's a decade older than me and he said, "Okay, I'll be the one who will go and do something different." There was no way we could carry on.

That was the peak of the (financial) crisis. His bank was sold, and he moved into working for boards and investing, and also spending more time with the kids. If it had been me, I'd have done it willingly too, because I'm a mum, and that's a joy.

CNN: You have said you cannot have it all.

JF: You cannot have it all at the same time. You can have it all, spread over decades. I think of my life in different chunks. When the kids were little, I needed to be around more, but it's different now. 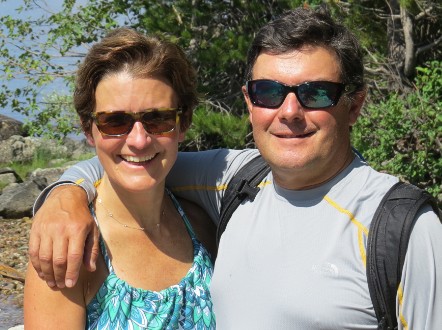 CNN: You've also said that you had to get good at saying no.

JF: Yes, and it was funny that - it sounds ridiculous now, but I can remember saying to my clients; "I can't do the meeting on Thursday, because Thursday's the day that I'm at home with my son".

Then they'd always say, "oh, no problem." It made you human. If you're advising people, and trying to help them change and you don't have humanity, you're just not relevant. 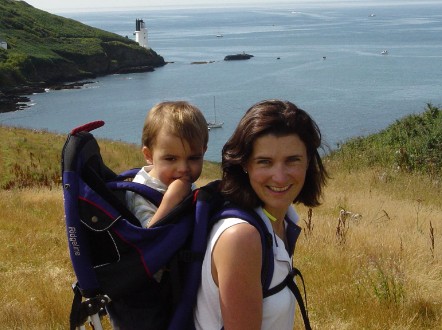 CNN: Some have said that especially in banking, millennials tend to want a little bit more of a work-life balance, have you noticed that? That they want more than just their job.

JF: Yes, we do see that in millennials who are both customers as well as employees. Every generation should shape what they want to be, they're still in discovery.

What I love about the millennials is they really give a damn. They want more soul. They want to know there's more purpose, there's other things in life, and that's going to make the world a much richer place.

Your job is to lead, not to have all the answers.
Jane Fraser, CEO U.S. Consumer and Commercial Banking and CitiMortgage

CNN: What is the advice that you would give to someone aspiring to be the next Jane Fraser?

JF: Have more courage early-on. Don't feel you've got to be perfect all the time. It just holds you back from doing your best because you don't put yourself into a more stretching situation.

I didn't do that for the first ten years of my career. It's a fear of doing as well as you could do, if you don't go for it, you're missing the point.

Phoebe Parke contributed to this report.