Some uncomfortable truths about Thanksgiving 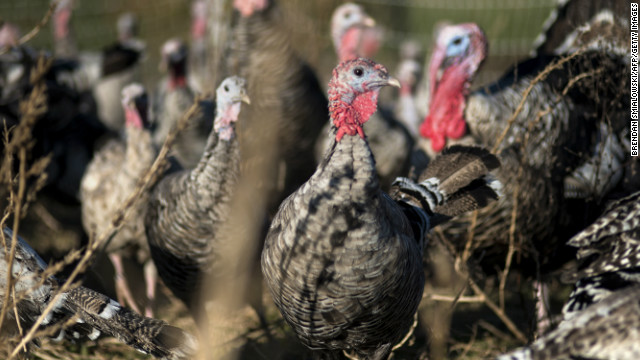 Editor's note: Simon Moya-Smith is a citizen of the Oglala Lakota Nation and culture editor at Indian Country Today. You can follow him on Twitter @Simonmoyasmith. The opinions expressed in this commentary are solely those of the writer.

(CNN) -- Last week, after the Senate defeated a measure to authorize the Keystone XL Pipeline by a single vote, a Native American sitting in the gallery broke into a traditional victory song. Greg Grey Cloud, of Lakota and Dakota heritage, was quickly detained and hauled out of the Capitol.

But the biggest slight to Native Americans came not from Grey Cloud's arrest for bursting into a victory song in honor of the senators who voted against the bill but from some of the media coverage of the incident.

"Once I was released, I found out the media [was] saying there was an outburst of a Native American wailing and chanting," Grey Cloud said.

A chant? Really? Did Luciano Pavarotti chant? Does Barbra Streisand? Of course not. So why is it that when a Native American begins to sing, and if the song is not in English, people immediately assume it is just some kind of wordless wailing? For future reference, Native Americans sing, we don't chant.

Here's the thing: November is Native American Heritage Month, as it has been since 1990 following a decree by then-President George H.W. Bush. So this should be the time of the year when people learn about Native Americans, our significant contributions to this country, and maybe even the appropriate language to use in the 21st century. (Squaw is a bad word, and so is -- you guessed it -- redskin).

Opinion: What you don't know about Thanksgiving

Sadly, I can't help but worry that this column will be the only thing that many people will read about Native American Heritage Month. So please bear with me, while I take a moment to mention someone I hope will not be forgotten -- Wilma Mankiller, the first female Chief of the Cherokee Nation and a champion of access to clean water.

Mankiller was brave and brazen and is now the subject of the new film, "The Cherokee Word for Water." I recently chatted about her with Grammy Award-winning singer-songwriter Bonnie Raitt, who donated a song to the film and is an admirer of the late chief.

"Wilma's just one of my heroes," Raitt said.

Gloria Steinem, the revered feminist and journalist, echoed these warm words. "From my perspective," she said, "[Wilma] should've been president of the United States."

Mankiller was the epitome of determination, and so it irks me that so few Americans have heard about her diplomacy, eloquence and backbone -- especially during a month when we all should be recognizing indigenous people like her for their prowess and influence.

Then again, I also remember what Grey Cloud said when I asked him why Native American Heritage Month barely gets a mention compared with, say, Black History Month or National Hispanic Heritage Month.

"We're first nations people," he said. "They don't value us as much."

Right. In fact, Native American Heritage Day falls on the one day each year when Americans ravenously indulge in material possessions -- Black Friday. So is this an insult to Native Americans? Of course it is. How could it not be?

If Native American Heritage Day fell on November 5, for example, then students would be in the classroom and teachers could offer lessons about the Native American today. But no, instead streams of bundled up shoppers are standing in line to make their purchases, with the class the last thing on any kids' mind as they sit watching TV.

If we're going to choose a day for Native American Heritage Day when school is out, then how about Thanksgiving Day itself? Why not? That way we could learn about the real history of the holiday, and not the romanticized version we all hear about.

Or maybe that discussion is too real, too much of a downer for people to stomach on Thanksgiving.

I mean, I get it -- I'm sure it's tough to hear that the first Thanksgiving in Connecticut was in celebration of the subduing of Native Americans or that the pilgrims decapitated the son of the guest and sent his head to Plymouth to be displayed on a pike just outside the colony's entrance, where it would stay rotting for two decades.

Too gruesome? Maybe that's a good thing. Facts are facts, and rejecting them bodes ill for everyone.

So, this Native American Heritage Month, tell a family member or friend that Native Americans sing, they don't chant. Let them know that the pilgrims were themselves illegal immigrants who documented themselves. Talk a bit about how Wilma Mankiller was a warrior and dedicated environmentalist. And remind someone that Native Americans have contributed to this country since the first white man stepped off the boat and refused to learn our languages.