Australia's Phil Hughes 'critical' after being hit by cricket ball 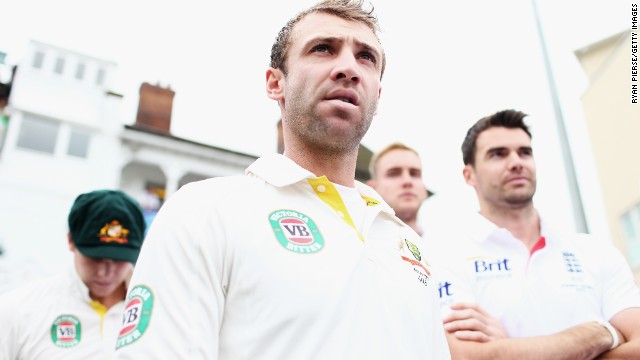 "Phil was the new young gun in Aussie cricket who had burst onto the scene," wrote Nick Compton of his friend Phillip Hughes who is dead at only 25. 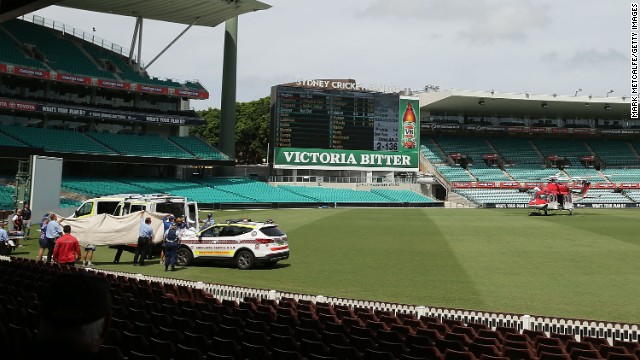 The batsman was taken from the Sydney Cricket Ground to the city's St Vincent's Hospital. 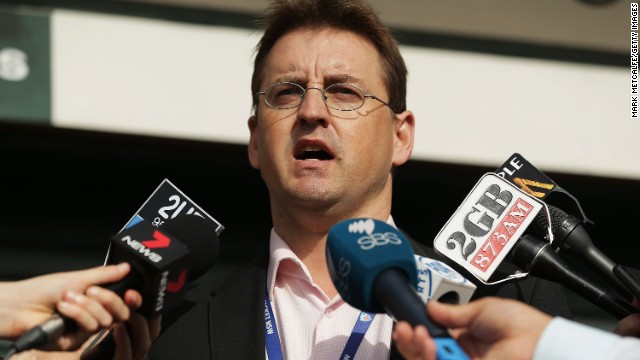 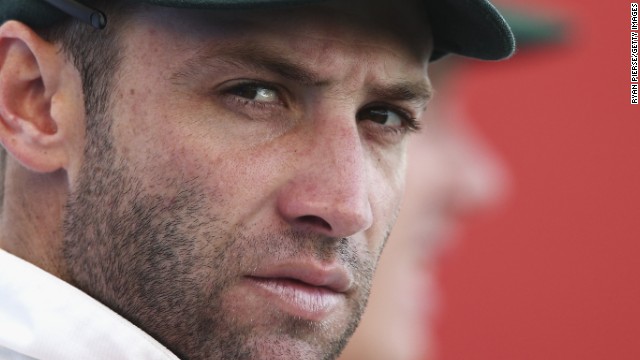 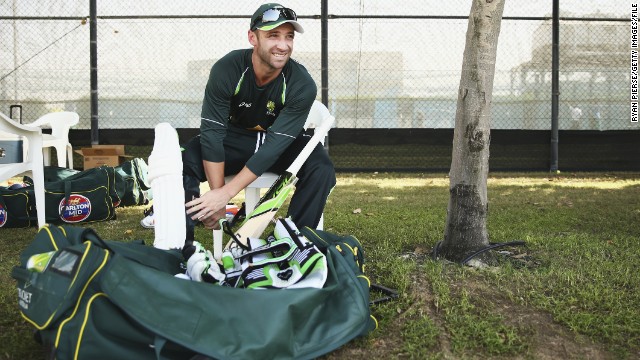 In 2013, he famously set a new world record for the highest 10th-wicket partnership alongside Ashton Agar while playing for Australia against England. 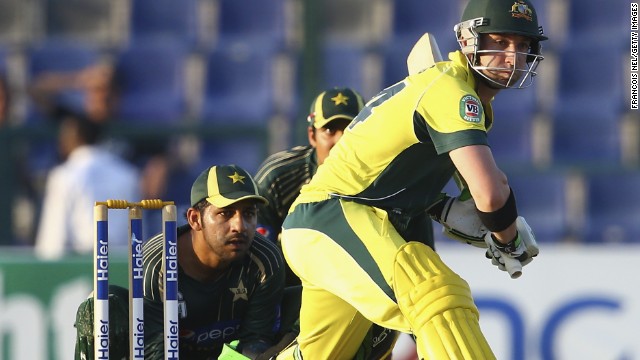 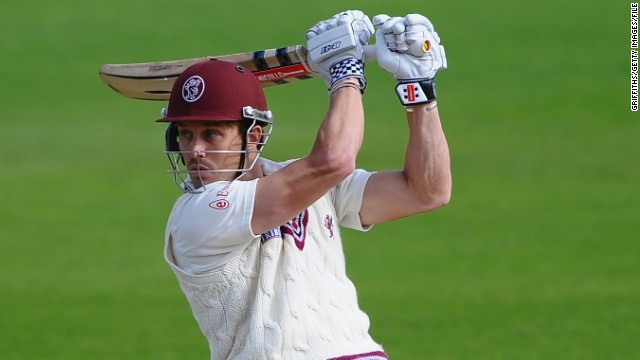 (CNN) -- Australian cricketer Phil Hughes remains in a critical condition in hospital after being hit by a ball during a match in Sydney.

The 25-year-old South Australia batsman, who has played for his country, collapsed after he was struck by a "bouncer" from New South Wales bowler Sean Abbott.

The game was immediately halted as Hughes received treatment. He was eventually taken from the Sydney Cricket Ground (SCG) to the city's St Vincent's Hospital.

"Phil remains in a critical condition in intensive care. He's in the hands of some of the best specialists available for this type of injury so we'll just wait and see," said hospital spokesman David Faktor.

The batsman underwent surgery on Tuesday, immediately after the accident, and his family and members of his cricket team remained with him at the hospital, Faktor added.

Hughes was "intubated" by medical staff who flew by helicopter to the ground. The procedure involves inserting a tube into the body to enable that person to breathe. However, the hospital would not confirm media reports that the player was in an induced coma.

Hughes was playing for South Australia against Sydney-based New South Wales, a team he represented between 2007 and 2012.

"As you are aware Phil Hughes was hit and injured by a bouncer at the SCG this afternoon," read a statement from Cricket New South Wales.

"He received immediate treatment at the ground led by CNSW and CA Chief Medical Officer Dr John Orchard. He was then taken to hospital by ambulance and is receiving the best available care.

"For privacy and accuracy reasons we are not in a position to discuss the medical details and we would be grateful if you would respect the privacy of the Hughes family and all the players at this time.

"Players and staff from both South Australia and New South Wales are obviously very concerned for Phil's health and, like Phil, are receiving appropriate support.

"Phil grew up in NSW and is a former Blue and is held in the highest regard by his current and former teammates.

"The thoughts and prayers of all at Cricket NSW and indeed everyone in Australian Cricket are with Phil the very best for a speedy and full recovery."

Hughes has played for his country in 26 Test matches, most famously against England in 2013. He shared a record 10th-wicket partnership of 163 runs with teammate Ashton Agar.

After joining Middlesex in England in 2009, Hughes struck up a strong friendship with fellow batsman Nick Compton.

Grave fears held for star cricketer Phil Hughes, who has been hit in the head with a ball at the SCG. http://t.co/SMS0XcdkAU

Compton, who has represented England in nine Test matches, was shocked to hear of his friend's "freak accident."

"I feel sick, I feel devastated. I'm sitting here with a former colleague of mine and we just feel a bit numb," said Compton in a phone conversation with CNN.

"I've sent messages (to the family) but it's not a time when you want to get in the way. They've got more important things to worry about.

"Everyone is supporting him, there are a lot of well wishers out there. It's very difficult to know what the extent of the damage is."

Compton and Hughes lived together in London during their time as Middlesex teammates.

"We played together and got to know each other quite well," explained Compton. "We ended up living together in West Hampstead. He's one of my best buddies, one of my best mates in the cricket. He's a great guy, a fantastic batsman."

The "bouncer," a delivery which is pitched short so it bounces up at the batsman's upper body, is common tactic for bowlers to use in cricket.

Despite Hughes' accident, Compton does not think cricket has a problem with head protection.

"It's awkward, it's part of the game. For the bowler, it's not his fault. It's one of those freak accidents," said the 31-year old.

"On another day, you do exactly the same thing and it glances off your helmet, you get a bit of a bruise, you feel a bit 'ugh' and that's about it. Every batsman has been hit at some point, some worse than others. It's worrying.

"It's the unpredictability of sport, that's what makes it what it is. It's a tough one to get right. If you want an absolutely risk-free occupation, don't play sport.

"The helmets these days are very well made. It's hit him in an absolute freak place."

"Watching the footage, him falling flat on his face, it's not a nice image and it's horrible to see. It's probably more likely to happen in somewhere like Australia, where the wickets are harder and faster.

"It's a quick delivery that Phil's misjudged. Everyone wears a helmet these days and it's one of the risks of playing the sport.

"We all play the game and millions have got through their careers without being hit, this was just a horrific accident."

The Australian Cricketers' Association is talking to Cricket Australia about arranging counseling for anyone affected by the incident.