Can we pull elephants back from the brink? 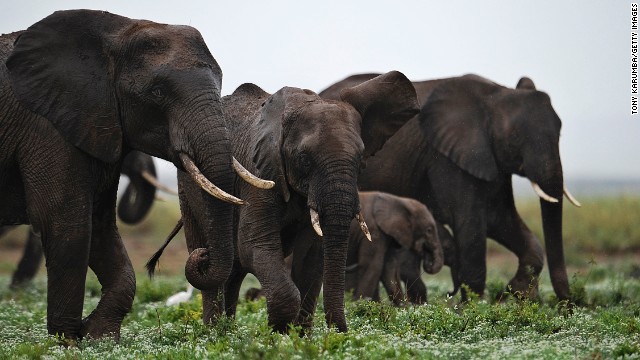 Elephants, particularly in Africa, have long been the target of poachers, who look for a quick profit on ivory from their tusks at the expense of a global treasure, says paleoanthropologist Richard Leakey 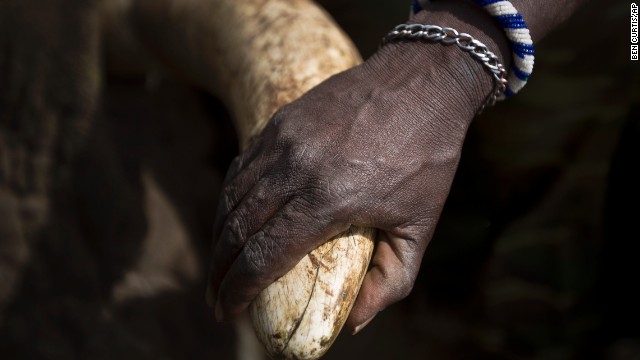 A single tusk from an elephant can bring $30,000, says Leakey. Between 2010 and 2012, some 40,000 elephants were illegally killed each year, according to research published this year in the Proceedings of the National Academy of Sciences. 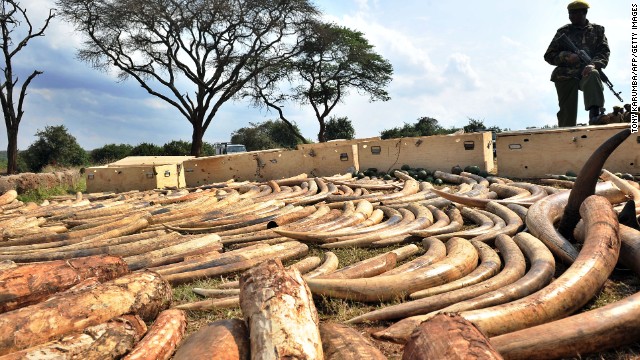 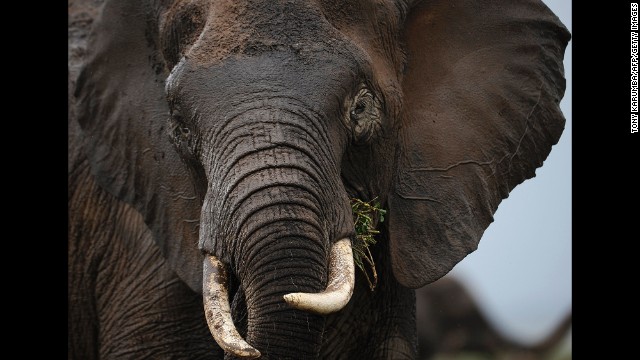 A study earlier this year showed that more African elephants are being killed each year than being born. Nations, states, cities should ban the ivory trade, says Leakey, and individuals should stop buying items of any kind that have ivory in them. 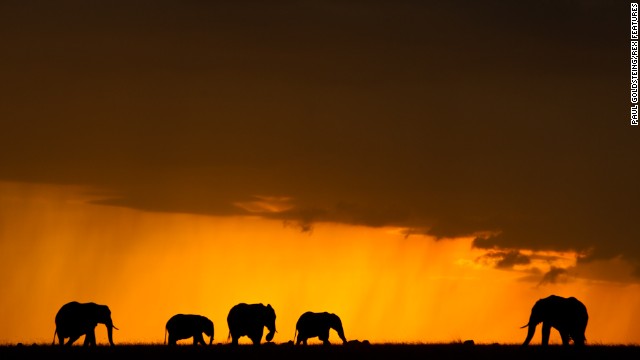 (CNN) -- The global effort to stop the slaughter of elephants received a major boost when Angelina Jolie announced recently that she will direct and produce a feature film about my efforts to stop the poaching of elephants in Kenya in the 1990s.

The movie, which will take several years to make, is already drawing widespread attention because of Angelina's involvement. But the contemporary problem is rampant in the meantime, and we must take action.

Ivory from a single elephant's tusk can be worth more than $30,000. That makes elephants, particularly in Africa, the target of poachers, who look for a quick profit at the expense of a global treasure. In August, we reached a crucial tipping point, with more African elephants being killed each year than being born.

Research published this summer in the Proceedings of the National Academy of Sciences revealed that "illegal killing levels (of African elephants) were unsustainable for the species between 2010 and 2012, peaking to ∼8% in 2011 which extrapolates to ∼40,000 elephants illegally killed and a probable species reduction of ∼3% that year." That's 40,000 African elephants killed a year, so that ivory can be sold in curiosity shops in China and around the world!

I am an African -- a lifelong resident and citizen of Kenya, where I previously ran the Kenya Wildlife Service and now chair the Turkana Basin Institute as a professor at Stony Brook University. I well recognize that Africans are directly involved in the poaching, but the market for ivory is global, and its extraordinary prices are too hard to resist. The problem, therefore, requires a solution that extends beyond Africa.

Few elephants would die if ivory had no monetary value. In 1989, I demonstrated this point when I arranged for a very public burning of 12 tons of ivory in Kenya. With this message and the resulting total ban on international trade, the price of ivory dropped from about $150 per pound to about $5. For so little return, illegal killings dramatically declined across Africa.

The good news is that there is a vital role that the general public in the United States and around the world can play. It has two steps:

First, people should stop buying items of any kind that have ivory in them. Such items are not essential in any way: jewelry; chopsticks, which can easily be made of wood or other inexpensive materials; mementos from travels; statues of elephants. Ivory has not been used to make piano keys in decades. If the market for ivory disappears completely, which consumers can determine, the price of ivory will drop.

Second, nations -- and even states and cities -- should ban any domestic sales or trade in ivory (which has in theory been banned already by many countries). The public should demand and support such bans. It should be illegal for stores anywhere to sell products made of ivory. The ban on all sales or trade in ivory will save the elephants and will not eliminate any product of vital importance.

The fight to save the elephants is not simply an admirable cause for a beautiful animal. It shows that we cherish the world and appreciate its complexities. It's essential to preserving the biodiversity of our world and to continuing our ongoing understanding of its evolution -- how we became what we are today.

Every time a species becomes extinct, or no longer able to live in the wild, we lose something in our capacity to understand ourselves and our relationship to the world

In the 1980s, the poaching of elephants in East Africa was even more aggressive than it is today. That's hard to believe, given the current pace of elephant killing. But that does not make today's challenge any less crucial.

Now is the time to stop the killing and to build public momentum around the world to end this needless atrocity once and for all.