100 women in Congress is not enough 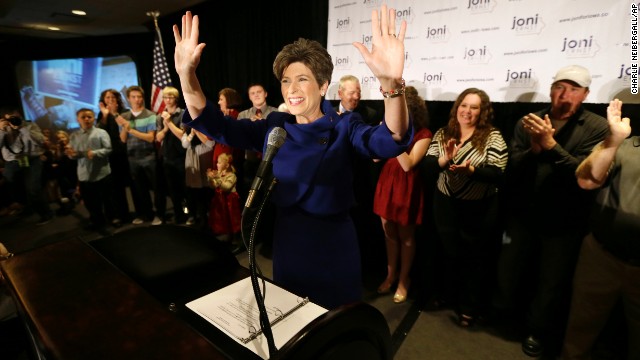 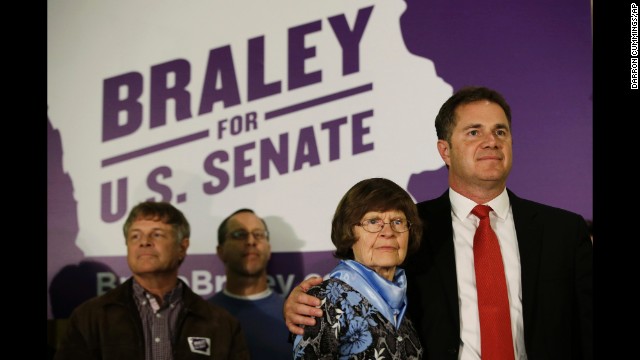 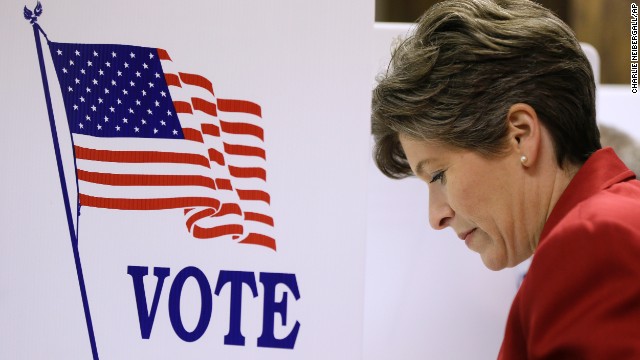 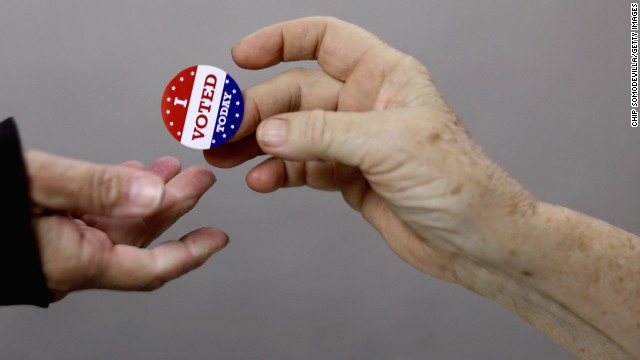 Voters get a sticker after casting their ballots on Election Day at the Red Oak Fire Department. 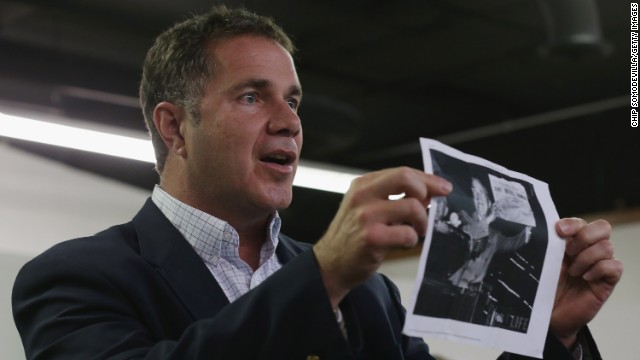 While encouraging volunteers not to give up Monday, November 3, Braley holds up a photo of the famous "Dewey Defeats Truman" headline from 1948. Braley was visiting a Democratic headquarters in Cedar Rapids, Iowa. 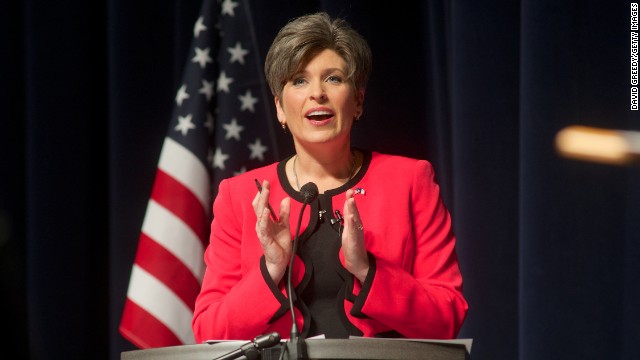 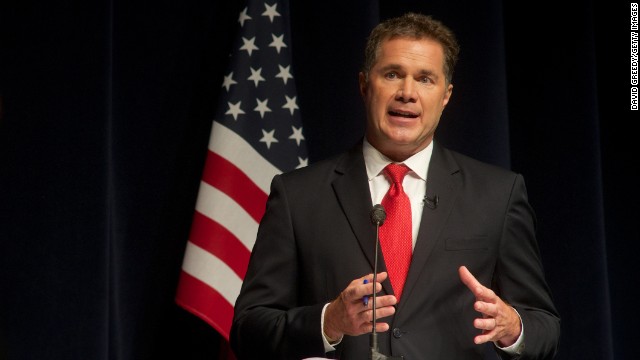 Braley, a Democrat who has represented Iowa's 1st District since 2007, makes a point during the St. Ambrose debate. 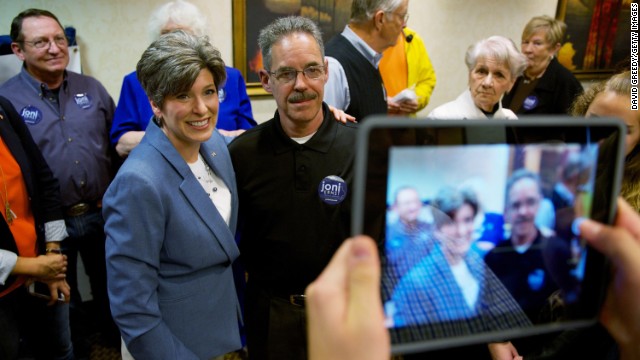 Ernst poses with supporters during a campaign rally in Cedar Rapids last month. 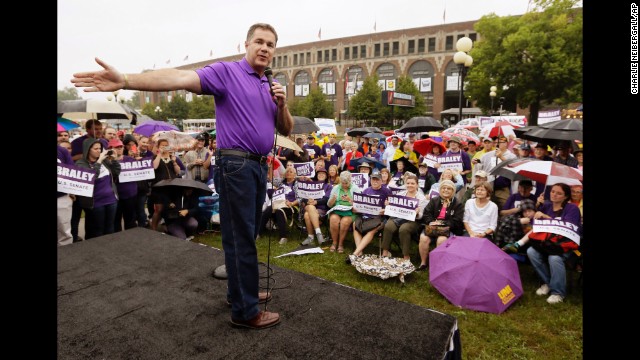 Braley talks to fairgoers in August at the Iowa State Fair in Des Moines. With just weeks left in the race, the congressman brought in high-profile campaigners such as first lady Michelle Obama. 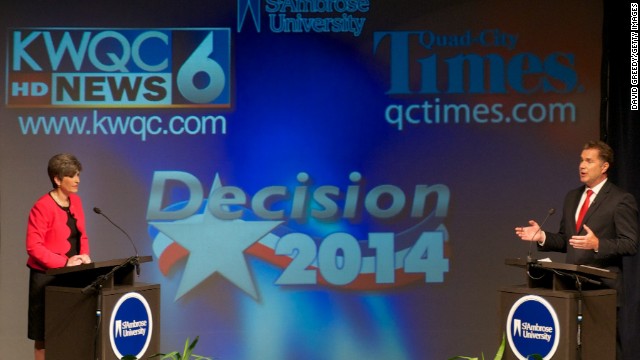 Editor's note: Frida Ghitis is a world affairs columnist for The Miami Herald and World Politics Review. A former CNN producer and correspondent, she is the author of "The End of Revolution: A Changing World in the Age of Live Television." Follow her on Twitter @FridaGhitis. The opinions expressed in this commentary are solely those of the author.

(CNN) -- Tuesday's midterm elections marked a new milestone for women in American politics. For the first time in the nation's history, the number of women in Congress will reach 100.

Is that cause for celebration? No, not at all.

Think about that number for a moment. Having 100 women out of 535 legislators (435 representatives, 100 senators) means that more than 80% of the country's federal legislators are still men. And we've seen how well that is working out.

Sure, women made some gains -- bravo. But the total female representation will rise by about 1%. Again, let's put away the champagne.

Obviously, the best candidate -- man or woman -- should be the one we choose in each circumstance. But the comparatively low number of women with political power in Washington should concern us all. The embarrassingly small percentage is far lower than in most advanced democracies.

No one doubts that Americans have to fix the dysfunctional U.S. political system. There is reason to believe that electing more women to Capitol Hill could help repair the problems that have made Americans of both parties lose faith in Congress.

Today, Congress is not a place to find solutions, so many women who want to make a difference look elsewhere. That's one of the reasons that we don't have more women leaders. There are also the challenges of raising vast sums of money, which are more easily surmounted by well-connected men.

Women tend to enter politics later, which leaves less time to build power and recruit other women into the field. And there's the fact that incumbents almost always win. Anything that preserves the status quo tends to preserve the gender imbalance.

Don't blame voters for the low number of women in Congress. When women do run, they win in similar numbers as men, says Walsh. Once in office, women tend to function more as consensus builders than men do. Of course, there are exceptions. But women on both sides of the aisle seem better at listening to those with whom they disagree.

Women senators, Democrats and Republicans, have been having regular dinner together for years, exchanging views, building bridges. There is growing evidence that women are more effective at building bipartisan support for legislation.

It was Susan Collins who led a group of women senators to find a way out of that awful congressional spectacle in 2003 -- the 2003 government shutdown.

On Tuesday night, there were many firsts for women, and each one is a great story.

The Senate will have its first female combat veteran when Joni Ernst is sworn in, joining a small group of women veterans now serving in the House. Incredibly, Ernst is the first woman from Iowa elected to either chamber. Let me repeat -- in all the history of the Republic, Iowa -- that epicenter of presidential primary politics -- never, not once, elected a woman to Congress.

If Ernst smashed the stereotype of the combat veteran and broke a dismal statistical record, how about Mia Love, the first black woman ever elected to Congress as a member of the Republican Party? The charismatic 38-year-old Love has an inspiring American story. She is the child of Haitian immigrants, who converted to Mormonism and ran for office -- in Utah -- as a champion of conservative self-reliance.

The story of women in American politics is one of persistent and very-slowly-eroding inequality. To break that pattern, more women need to run on both parties. Each victory is a sign to other women that politics is a field where they can succeed. And, as it happens, success for women would give the entire country, Democrats and Republics, a real reason to celebrate.