'Trivago Guy' gets a new look 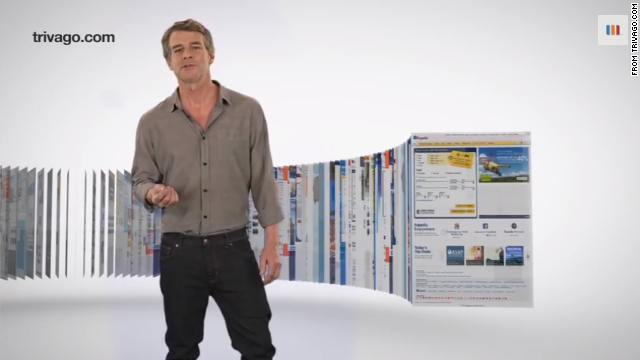 "Trivago Guy" Tim Williams used to look like this in his ads for the travel website.
STORY HIGHLIGHTS

In a brief new commercial, Tim "Trivago Guy" Williams comes across as more polished than the disheveled pitchman he was a few months ago. His hair is nicely tousled, his slim-fit shirt hugs his torso, and he has a fashionable touch of facial stubble.

OK, it's hard to tell whether he's wearing a belt, but that's because his shirt is untucked.

The new look is a response to the complaints -- some wry, some serious -- the company got after an earlier series of ads featuring Williams. As one person on Twitter wrote, "I had no idea #trivagoGuy was a thing, but I do know that my wife and I both wondered why homeless people were doing travel ads."

Some people even dressed up as him for Halloween, perhaps as a way to frighten children (or, more likely, Anna Wintour).

Does 'Trivago Guy' need a makeover?

"Trivago was listening!" the company trumpeted in a news release.

The company sponsored a contest to give Williams a style makeover. The winner was Aaron Marino, an Atlanta-based style consultant (PDF) who not only got to reshape Williams' image, he received a five-day trip to Berlin to watch the new spot get shot. (Hey, Trivago is a travel website.)

"Someone @ @trivago was listening - the #trivagoguy got a #makeover. Better fitting shirt in a flattering color. The scruff looks intentional," wrote The Quiet Car.

Someone @ @trivago was listening - the #trivagoguy got a #makeover. Better fitting shirt in a flattering color. The scruff looks intentional

... though there was the matter of the beard.

"Hey, the creepy #TrivagoGuy got a new shirt & a haircut! Still, would it kill him to shave? @TravelinAnn #travel," wrote JohnCinnamon.

Hey, the creepy #TrivagoGuy got a new shirt & a haircut! Still, would it kill him to shave? @TravelinAnn #travel

Williams has enjoyed the notoriety the campaign has brought. (Incidentaly, the reason for the disheveled style was because he had to maintain a look he had on a German soap opera.)

But don't push him to put on a belt.

"I had a belt on at one point, and it just didn't kind of go with the outfit and we scrapped the belt," he told CNN in August. "It's probably one of the best decisions we ever came up with, because look what it's created."