Should you let your daughter be a 'pink princess'? 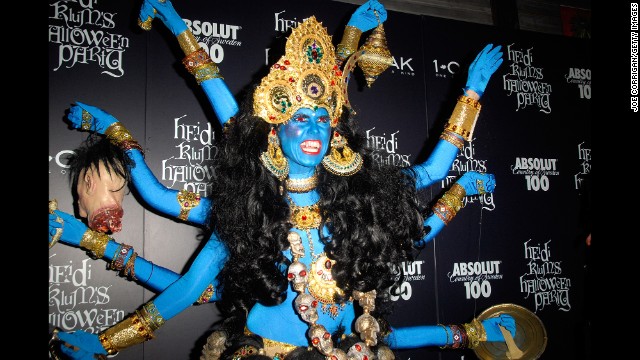 Supermodel Heidi Klum throws a Halloween party every year, and her costumes are famously elaborate. In 2008, Klum dressed as Kali, the Hindu goddess of destruction, leading some Hindus to decry her appropriation of an important religious symbol. Click through the gallery for more costume fails. 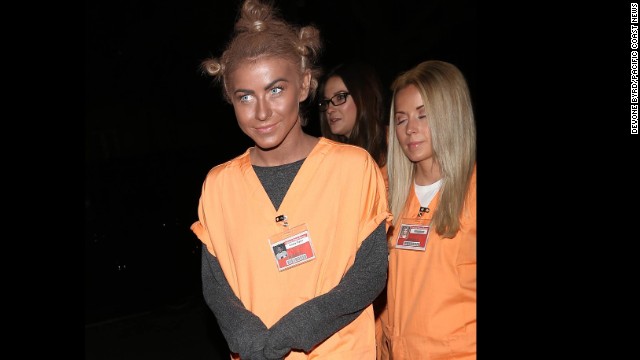 Rule 1: No blackface. Actress and dancer Julianne Hough learned this rule the hard way when she dressed as "Orange is the New Black" character "Crazy Eyes" for Halloween in 2013. "It certainly was never my intention to be disrespectful or demeaning to anyone in any way. I realize my costume hurt and offended people and I truly apologize," Hough said via Twitter. 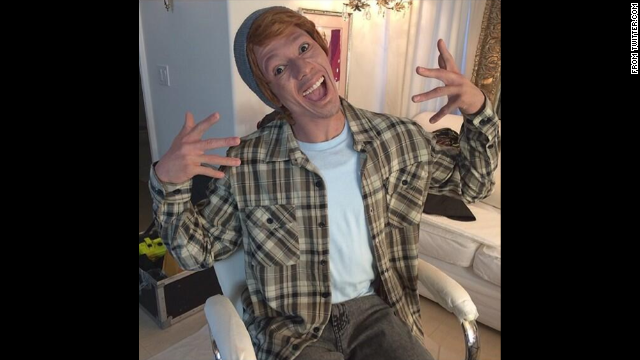 No whiteface, either! Actor and TV host Nick Cannon dressed up as a character he called "Connor Smallnut" for a series of videos. Tweeters objected that the caricature was "racist" and "hypocritical." 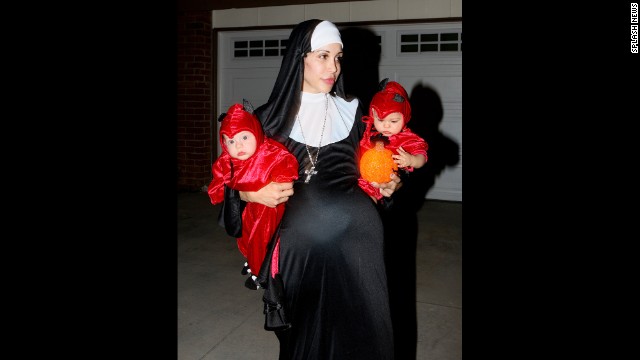 "Octomom" Nadya Suleman dressed as a pregnant nun and styled her children as little devils one Halloween. Her costume may have held personal significance, but it also had the potential to incite the ire of Catholics. 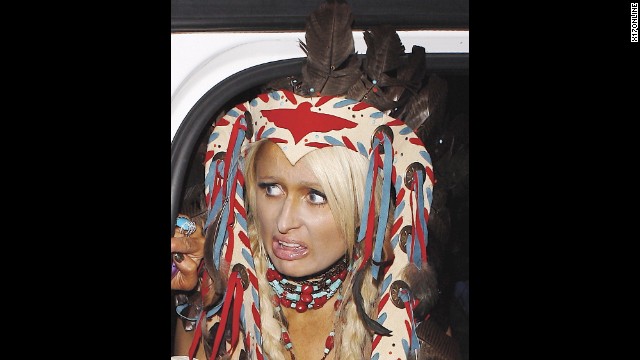 Paris Hilton attended the Playboy Mansion Halloween Party in 2010 dressed in native American-style regalia. American Indian activists have been vocal in recent years about how offensive it can be to wear native headdresses out of context. 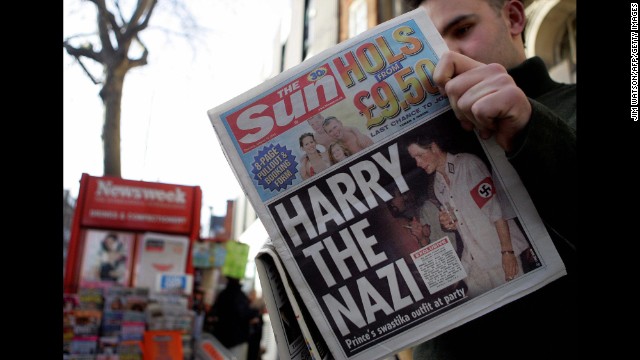 Photos surfaced in 2005 of Britain's Prince Harry wearing a Nazi uniform at a costume party. Come on, Harry! 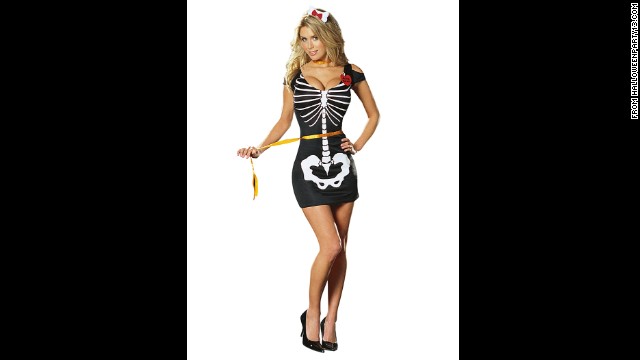 This sassy number was advertised as an "Anna Rexia" costume. Get it? Anorexia? Deadly medical conditions are the sexiest ones!

The only thing sexier than anorexia? Ebola. This "Sexy Ebola Containment Suit" was available at brandsonsale.com. 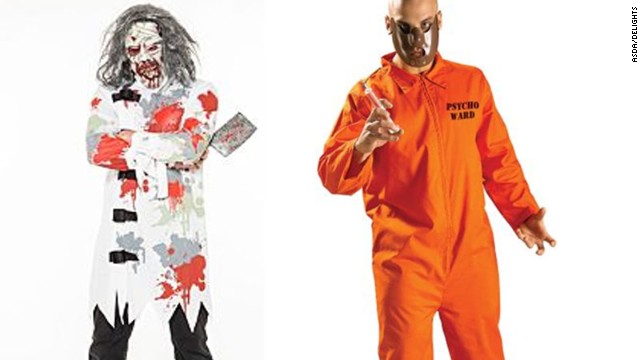 British retailers have removed "mental patient" and "psycho ward" Halloween costumes from their online stores. Schizophrenia isn't so lighthearted, so maybe remove them from your costume closet, too? 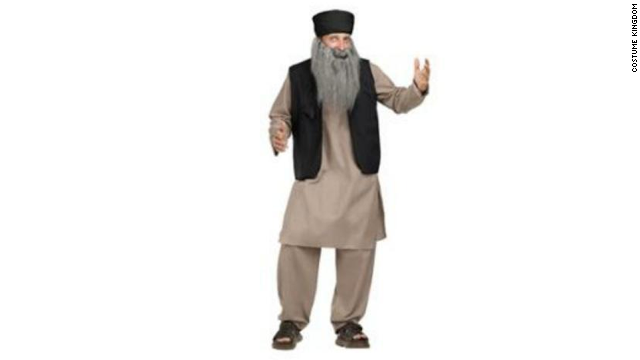 Editor's note: Shannon Davis is an associate professor of sociology at George Mason University in Washington. Barbara J. Risman is a professor and head of the Department of Sociology at University of Illinois at Chicago and a senior scholar at the Council on Contemporary Families

(CNN) -- So your daughter will just die if she doesn't wear a princess costume for Halloween? And of course it has to be pink. And every little girl you know wants to be a princess for Halloween, except for the neighborhood tomboy down the street?

Is this desire to be a princess hardwired? Do girls just come that way, wanting to look pretty in pastels? And does this explain why teenage and adult women are drawn to "feminine" careers, and likely to be less competitive in sports and at work than their male counterparts?

That's what some research scientists think.

They argue that differences between boys and girls are in large part because of variations in hormonal levels during gestation, and thus begin before birth. On average, fetuses that become girls are exposed to less testosterone in the womb than those destined to be boys. Lower exposure to testosterone, some scientists claim, makes girls more passive and less adventurous than boys, and more interested in dressing up, looking nice and pleasing others.

These scientists admit that some girls embrace a much wider range of interests and behaviors than those that are stereotypically "feminine." But they argue that such girls were exposed to higher levels of testosterone in the womb.

The bottom line, according to this school of thought, is that it doesn't much matter how parents raise girls. Their paths are predetermined before birth.

There's little point in giving girls gender-neutral toys or encouraging them to think beyond their wedding day. Most girls will naturally gravitate toward pink princess dresses and white wedding dress fantasies, and most women will avoid traditionally "masculine" activities and aspirations.

We had a unique opportunity to test this theory by analyzing data that followed 342 women for more than three decades, from when they were still in their mother's womb as fetuses until adulthood.

We had measures of how much testosterone each woman had been exposed to in the womb. We also had measures of the kinds of messages the girls had received from their parents. They had answered questionnaires over the years where they described whether their parents had pushed them toward feminine activities or encouraged them to play with a range of toys, including those traditionally viewed as masculine.

So, by all means, let your daughter be a princess this Halloween if she insists. But also let her know how powerful she looks as a Hunger Games rebel leader, a warrior queen, a pirate captain, or even a ninja, because our research suggests that what you say now will have a powerful effect on the options your daughter will envision for herself later in life.

And if she just has to have that pink dress, just remember that less than 100 years ago, many people thought blue was a more appropriate color for girls than pink, because pink was perilously close to red -- a strong, passionate, and yes, masculine color.