Living life from a hospital room 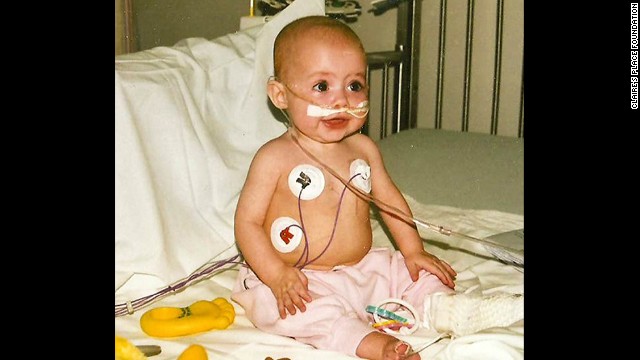 Claire Wineland was born with cystic fibrosis, a life-threatening disease that allows mucus to build up in the lungs and digestive system. 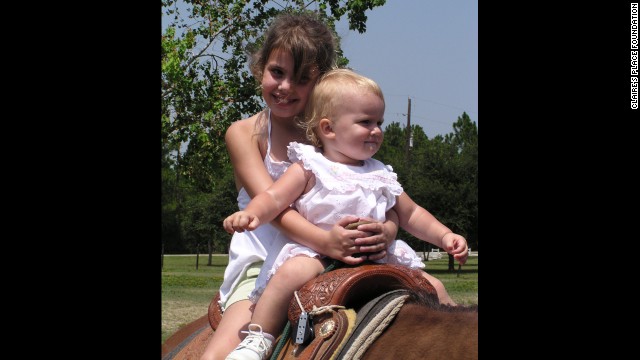 "Having a child with a chronic, life-threatening illness can be difficult at times but it has given us so many gifts," said Claire's mom, Melissa Nordquist. "The gift of acceptance, the spiritual practice of living in the moment and an unshakable faith in miracles." 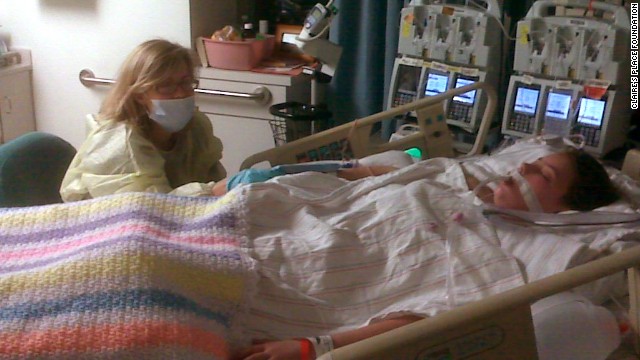 At age 13, a routine surgery landed Claire in a medically induced coma for two weeks. 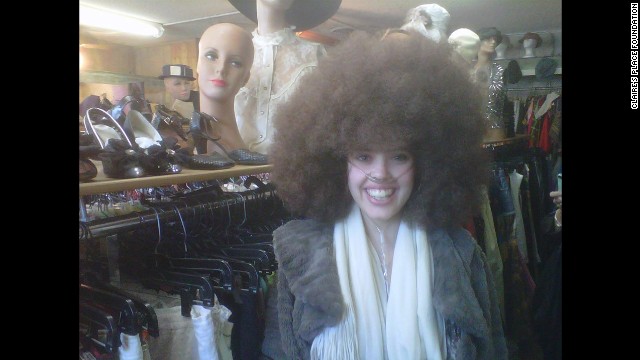 Claire emerged from the coma ready to make a difference for people living with cystic fibrosis. She is the co-author "Every Breath I Take: Surviving and Thriving with Cystic Fibrosis." 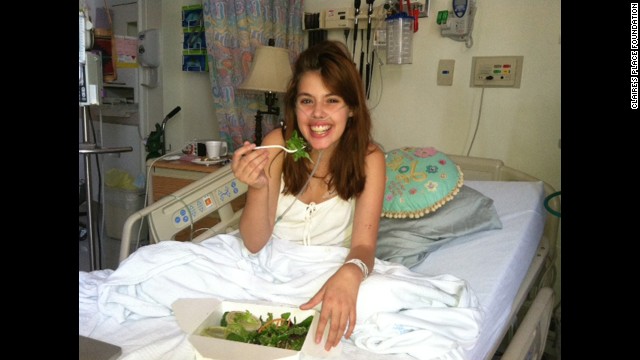 Claire and her family launched the Claire's Place Foundation. The nonprofit offers grants to families affected by cystic fibrosis. 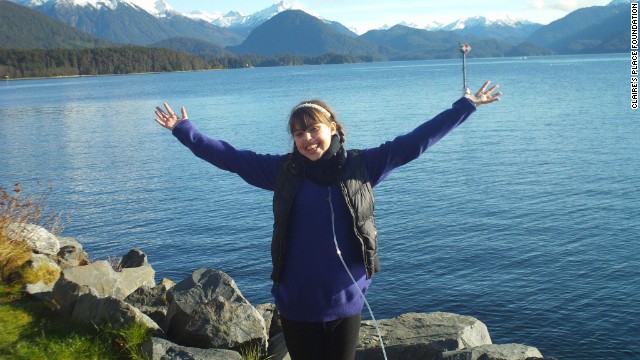 Her foundation's website describes Claire as "a singer, an artist, a composer, and a natural-born comedian." 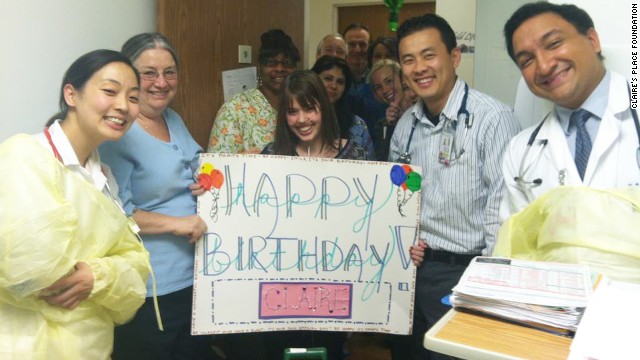 Claire has spent so much time in the hospital, she says the medical staff has become family. 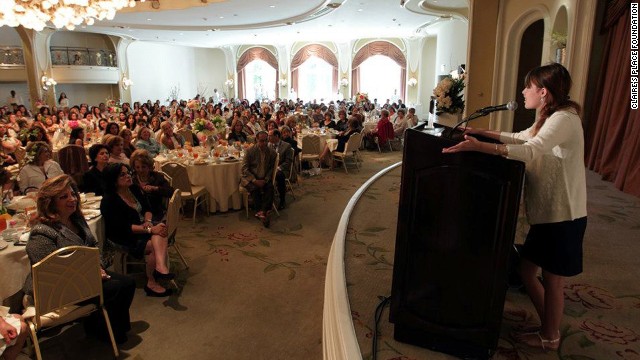 Claire has traveled the country speaking to groups about cystic fibrosis and has produced viral videos about living life to the fullest, even in the hospital. 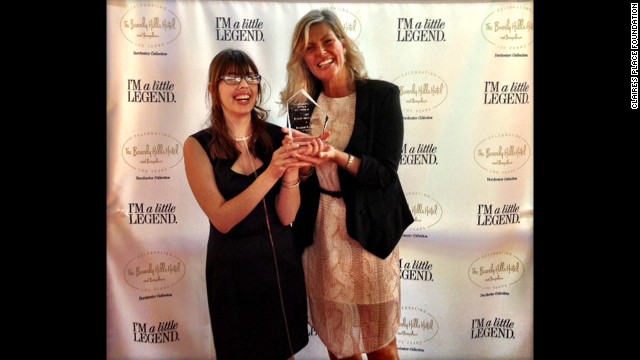 Editor's note: Claire Wineland is the creator of the Clairity Project video series and founder of Claire's Place Foundation, which supports families living with cystic fibrosis.

(CNN) -- I am 17 years old and a senior in high school. I am also, like thousands of other people living on this planet, sick.

Like "spend a quarter of my life in the hospital, do treatments every day to stay alive" sick.

I was born with cystic fibrosis, which the Cystic Fibrosis Foundation describes as a "life-threatening genetic disease that primarily affects the lungs and digestive system." I was only 13 years old when I was forced to face the fragility of my own life. A routine surgery landed me in a medically induced coma for two weeks with a mere 1% chance of surviving. But survive I did.

Today, I do breathing treatments for up to four hours a day and take around 30 pills. Up until a few years ago, my life expectancy was 25.

Every breath I take is a miracle.

I want you all to know that this isn't a sob story. I'm not here to make you feel bad for the poor sick kid. In fact, I hope to accomplish quite the opposite.

I want to share a story about finding joy and beauty in places that others see pain and suffering. I am sick, yes. But I am so much more.

My life is wonderful, not in spite of this illness but because of it.

I'm writing to you from the hospital, a.k.a. my second home. When I was younger and obsessed with becoming an artist, the hospital was my New York loft apartment. I would move the furniture around to create space on the floor, throw down some sheets and indulge in any form of art that I could get my hands on.

The people who would come and visit loved to tell me how sorry they were that I had to live this kind of life: sick and alone, trapped in hospital room after hospital room. I would argue with them, tirelessly. I'd try to show them that although this life may be different from their own, it was anything but miserable.

Oftentimes, it was wasted effort. I still wonder why they could never see my time in the hospital the way I did: as a blank canvas waiting to be turned into something beautiful.

As I got older, my life become a whirlwind of homework and responsibilities. The hospital became my retreat, a place to gather my thoughts and focus on my health. The nurses are my friends as well as my caretakers. The doctors are my parents as well as my physicians.

Hospital life, like all of life, is filled with both pain and joy in equal measures. There are so many moments to share, so much life that has been lived in these hospital rooms -- from late-night room service orders with my friends to Harry Potter movie marathons to wake-me-up-at-2-in-the-morning blood draws that taught me patience.

There were moments of total contentment, when I would look up from my homework and see the sun setting over the hospital courtyard, washing my room in an orange glow. Like all teenagers, I had the lonely nights, the sleepless nights and the stay-up-late-finishing-homework nights. I even threw three New Years Eve parties as a patient, complete with sparkling juice and beeping IVs.

Sure, there were endless tests and procedures; doctors always finding something else that was wrong with my body. But there was also laughter, those moments when we could see how wrong the world had been: A short life CAN be as rich as a long one.

Something that always surprises people to hear is that my health has very little to do with my happiness. Yeah, being sick can suck (big time), but nothing is one-sided. I can't let the pain block out the beauty.

When I was 13, my parents and I started a foundation to support families like ours living with cystic fibrosis, called the Claire's Place Foundation. When I was 14, I became a public speaker, and now I am creating a video series called "The Clairity Project." Get it? Claire-ity.

The videos shine a light on hospital life and break down the social barriers we have around people who are sick. The past four years have been a whirlwind of traveling, speaking, fundraising and experiencing life in ways I never imagined.

Some things in life are ours to choose, while other things choose us. I never chose to live this crazy bizarre life with cystic fibrosis, and I didn't wake up from the coma with a plan to move my life down a totally different path. Yet that seems to be exactly what happened.

And, of course, I wouldn't want it any other way.