Bono: 'I have glaucoma' 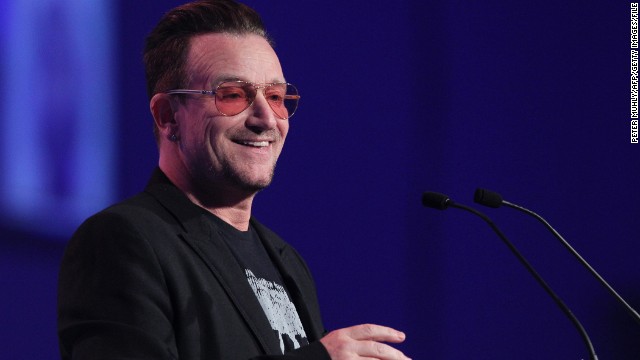 (CNN) -- There's a reason for Bono's ever-present orange-tinted sunglasses, and it's not rock-star affectation.

"I have glaucoma," he told British talk show host Graham Norton. "For the last 20 years."

Bono, 54, was on Norton's show with the rest of the band, as well as actors Robert Downey Jr., Robert Duvall and Stephen Fry.

Bono's revelation came after Norton showed a couple of the group's early photos featuring Bono without spectacles (and The Edge without his skullcap). Noting the difference between Bono in 1980 and Bono today, he asked, "Do you ever take (the glasses) off?"

The U2 frontman explained that he had excellent vision, but noticed that objects and lights were accompanied by cloudiness and rings -- an indicator of the condition -- "and it's not from anything exotic," he joked.

Glaucoma may lead to blindness, but can be treated with medication or surgery. Bono said there was no need to worry about his health.

Explainer: How is glaucoma detected?

"I have good treatments, and I am going to be fine," he said. "You're not going to get this out of your head now, and you will be saying, 'Ah, poor old blind Bono.' "

He willingly put on an oversized pair of aviators and then traded glasses with Downey.

U2's most recent album, "Songs of Innocence," was released last month as a free download on iTunes, which caused its own bit of news.