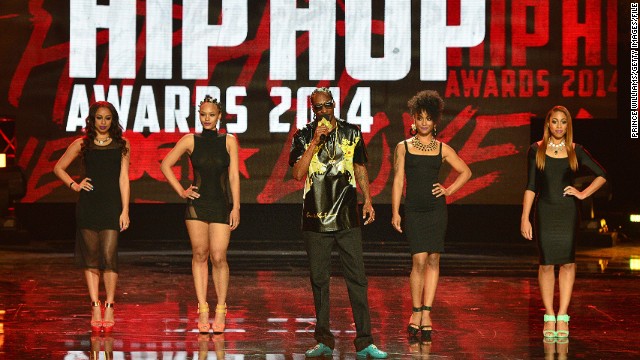 The Toronto rapper took home two awards at Tuesday night's pre-taped ceremony, including album of the year for his 2013 release, "Nothing Was the Same."

He was competing against Eminem's "The Marshall Mathers LP 2"; Future's "Honest"; Rick Ross' "Mastermind"; Schoolboy Q's "Oxymoron"; and Yo Gotti's "I Am."

The rapper/actor wasn't the night's top winner, however: That title went to DJ Mustard, who could lay claim to the track of the year as the producer of rapper YG's "My Hitta."

Kendrick Lamar was also granted the recognition he controversially lost out on at the Grammy Awards this year. The California MC was honored with the title of Lyricist of the Year and Best Featured Verse for his mic-dropping rhymes on "Control."

This year's Hip Hop Awards were hosted by Snoop (who had a little digital dustup with new artist winner Iggy Azalea) and featured a tribute to hip-hop icon Doug E. Fresh, who gave a heartfelt and heartbreaking acceptance speech, and a throwback performance of Brandy's 1994 debut single, "I Wanna Be Down."

Lyricist of the Year

Video Director of the Year

DJ of the Year

Producer of the Year

MVP of the Year

Track of the Year

"My Hitta," produced by DJ Mustard

Album of the Year

"Nothing Was The Same," Drake

Who Blew Up Award

Hustler of the Year