We need a surgeon general, not an Ebola czar 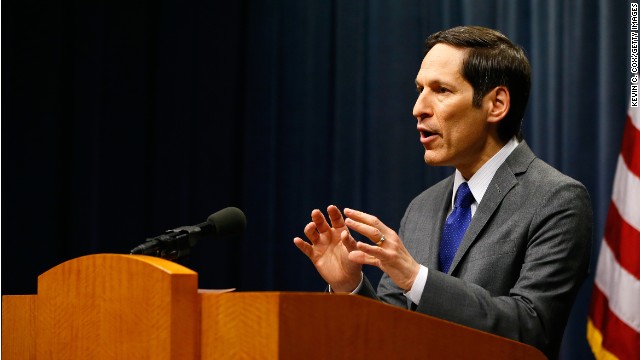 CDC Director Tom Frieden briefs the media about the status of Ebola in the U.S. at the CDC headquarters in Atlanta.
STORY HIGHLIGHTS

Editor's note: Paul Callan, a CNN legal analyst, is a former New York homicide prosecutor and a senior partner at Callan, Koster, Brady, Brennan & Nagler LLP, which litigates matters involving health care issues. Follow him on Twitter: @PaulCallan. The opinions expressed in this commentary are solely those of the author.

(CNN) -- Many Americans might feel reassured when Tom Frieden, the director of the Centers for Disease Control and Protection, says the battle against Ebola in the United States is being waged effectively. His bedside manner is impeccable and his calm confident demeanor inspiring. Yet many might also wonder how the Ebola virus entered the United States and appeared in Dallas under his watch in the first place.

So where is the reassuring guy with the beard and the fancy naval uniform festooned with medals, who warned us for so long about the dangers of smoking? The colorful and trustworthy former surgeon general of the United States, Dr. C. Everett Koop? At a time when many Americans are afraid of the possible spread of a deadly virus, we do not have a full-fledged surgeon general -- often called the "Nation's Doctor" -- and have not had one since Regina Benjamin resigned in 2013.

We don't notice government officials are missing until a crisis emerges. Now, when Americans perceive what's happening with Ebola as a national health crisis, the seat of the "Doctor in Charge" remains empty. Yes, we have an acting surgeon general, Rear Adm. Boris Lushniak, but the President has expressed no interest in appointing him to the permanent spot, and without the support of the President, the post doesn't have much power.

Although the president has appointed Washington insider Ron Klain, a man with no "M.D." attached to his name, as the "Ebola czar," the nation would be better served by the appointment of a new surgeon general in full battle attire. The surgeon general is the "Nation's Doctor," who commands a medical corps of 6,500 commissioned, uniformed medical professionals trained and ready to respond to medical emergencies. Why not use these troops on the front lines of the Ebola battle? Who's to blame for the surgeon general vacancy at a time when Ebola is causing two-thirds of Americans to fear a widespread epidemic? 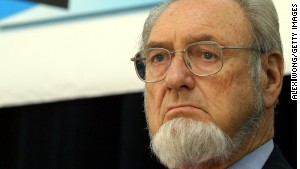 Paul Callan says we need someone like former U.S. Surgeon General C. Everett Koop, seen in 2001, at the helm.

The Republicans blame the President for nominating Dr. Vivek Murthy, a 36-year-old physician and entrepreneur. Republicans say he's too young, and his prime qualification for the nation's most prestigious medical post appears to be that he was once co-chairman of "Doctors for Obama." Democrats counter that Republican opposition has nothing to do with the highly trained doctor's tender age, but is based on his support of the Affordable Care Act and his opinion that gun violence is a public health issue.

Putting the gun issue aside, 36 does seem a little young to take on such an important post. Many medical doctors are just finishing advanced training in their mid-30s. Searching for a prestigious hospital affiliation and joining a good medical practice are their primary concerns, not the formation of national health policy. While Murthy has impressive academic credentials, surely a little more seasoning is required to be a surgeon general.

Undoubtedly the President's advisers could easily locate an experienced, articulate and relatively nonpolitical doctor who would be proud to assume the post. We don't pick our doctors for their politics, we pick them for their experience and their competence. The surgeon general should be selected in the same spirit -- and one would hope that the President and Congress would have figured this out. At some point, the surgeon general must stand at the podium and inspire the confidence of the American people.

The post has been around for a long time, dating back in slightly different forms to the presidency of Ulysses Grant, who managed to appoint a competent physician while putting the country back together in the aftermath of the Civil War. Surely our political leaders can muster the will to put a seasoned surgeon general at the helm as soon as possible. Nothing is more reassuring to a sick and troubled patient than the calm and steady voice of a physician offering sound advice and proper medical treatment.