Part of complete coverage on
Eatocracy 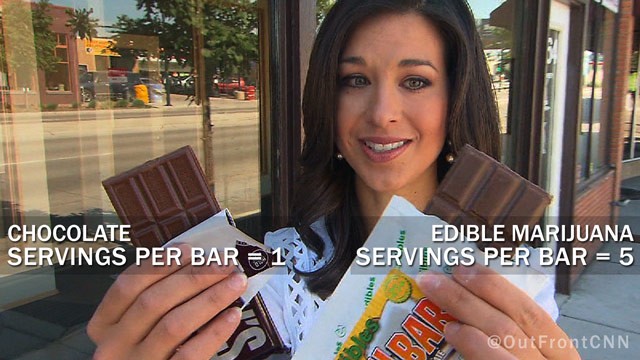 CNN's Ana Cabrera reports on concerns over edible pot that looks like candy. 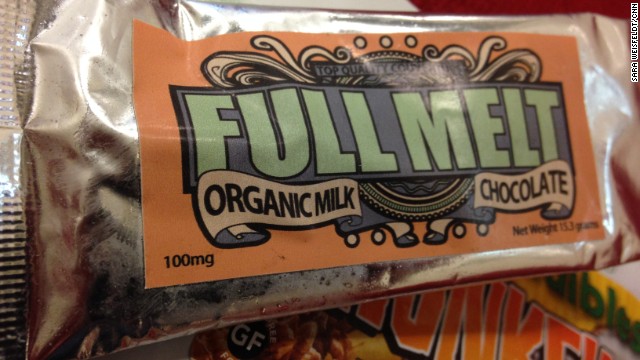 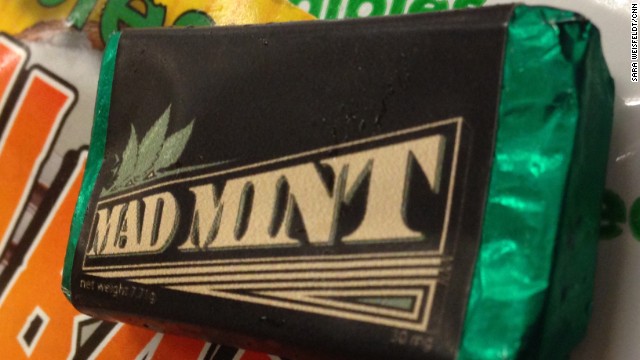 30 mg THC in this 'Mad Mint' candy. It's about the size of one Hershey mini candy bars. Each little bar has 3 doses of marijuana. 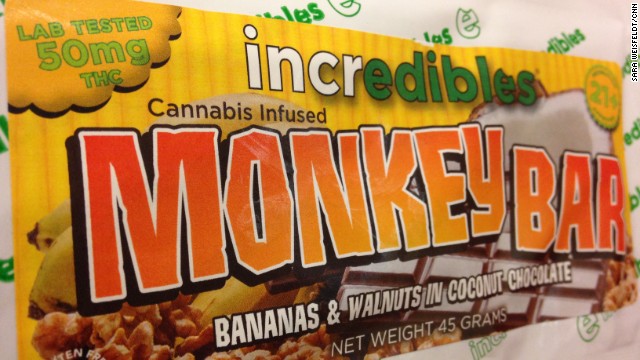 50 mg THC in this total candy bar. The entire bar has 5 doses of marijuana. 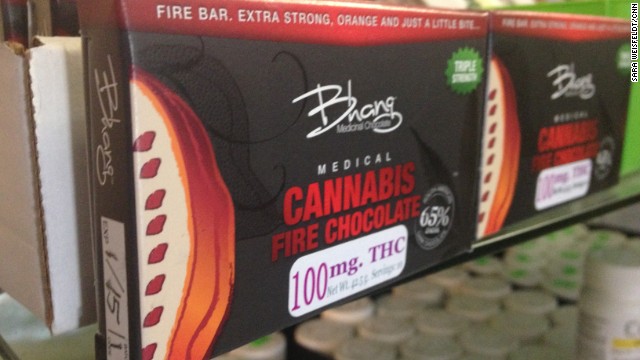 (CNN) -- Colorado parents have a new fear to factor in this Halloween: a very adult treat ending up in their kids' candy bags.

The legalization of recreational marijuana sales in the Mile High State earlier this year has led to a massive tourism boom (bringing in $19 million in tax revenue in the first half of the year) -- and the cash crop isn't just going up in smoke.

Edible foods and candies infused with THC, the active ingredient in pot, have proved to be immensely popular with consumers, but they also pose a potential problem for parents trying to keep weed out of trick-or-treaters' hands.

For people seeking a mellow, munchable fix, edibles may seem like an ideal solution -- until they bite off more than they bargained for.

In late July, state officials enacted emergency measures to combat a rash of overdoses by inexperienced consumers, unfamiliar with the potency of pot in its edible form, and ER visits by children who had unwittingly ingested the drug at school or home.

READ: Rocky Mountain high, or how I spent my family vacation

The rules as proposed (PDF) by the Colorado Department of Revenue would require products to have child-proof packaging and clearly printed health warning labels before being shipped to stores, as well as strict THC limits for various serving sizes.

But those laws aren't set to go into effect until the day after the biggest candy-consuming holiday of the year: Halloween. In response, the Denver Police Department has released a YouTube video outlining some of the dangers that parents may face.

In the video, Patrick Johnson, owner of Denver's Urban Dispensary, explained that rather than crafting sweets from scratch, many edibles shops buy soft or hard candy in bulk, then spray it with viscous hash oil. "Once that candy dries, there's really no way to tell the difference between candy that's infused and candy that's not infused," Johnson warned.

To keep under-21 ghouls from gobbling up potentially pot-laced goodies, Johnson recommends parents take a few measures: If the candy doesn't come from a recognized major brand, like Hershey's, Haribo, Mars or others, it's safest to just discard it out of the reach of children.

Packages that have been tampered with in any way should also hit the trash.

"If you see something that doesn't look right, apples, gummy bears -- there's a ton of edible stuff that's out there on the market that's infused with marijuana that could be a big problem for your child," said Hinkle.

Kafer advised parents taking a keen eye to their child's candy haul as they would on any previous Halloween, but with a special focus on labels that may seek to imitate classic candies.

"All marijuana edibles have to be labeled ... there will be a State of Colorado seal from the Marijuana Enforcement Division," Kafer said, adding that it is paramount to "avoid and not consume anything that is out of the package."

And the nose doesn't always know, either. While marijuana has a distinctive, pungent smell, it's usually not detectable with a whiff of an edible.

"It may not smell exactly like a candy or a brownie or chocolate bar that you're used to, but you may not be able to identify it," said Kafer.

While parental inspection has long been part of the candy-collection ritual, Hinkle noted that pot edibles' prevalence -- and potency due to the use of oil, rather than ground-up plants -- added a spooky new layer to the holiday.

"You do need to talk to your kids about it prior to this because you know how kids are -- they reach into a bag and they want to eat that piece of candy right away," he said.