Part of complete coverage on
Matrimony

Mrs. Clooney took his name; would you? 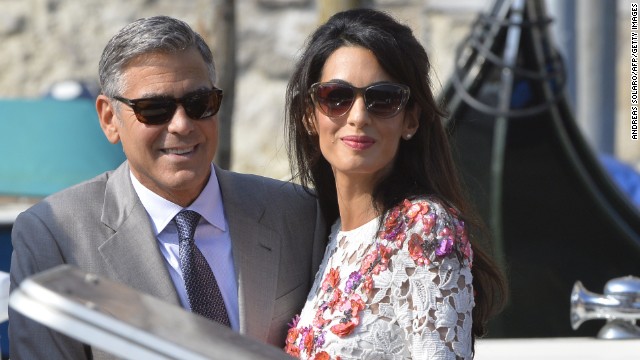 Actor George Clooney and his wife, attorney Amal Alamuddin, stand on a taxi boat on the Grand Canal in Venice, Italy, on Sunday, September 28. Clooney and Alamuddin married in Venice the previous day at a private ceremony attended by celebrities. 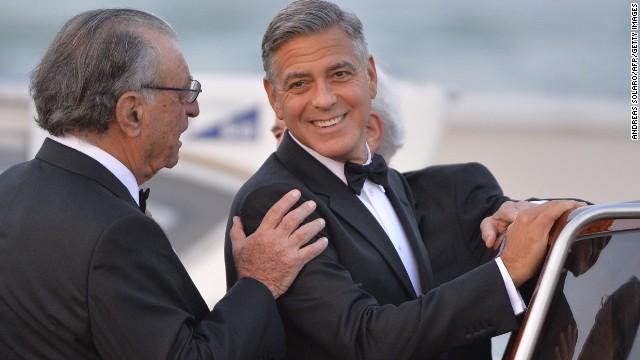 Clooney climbs aboard a taxi boat as he leaves the Hotel Cipriani in Venice on the day of his wedding, Saturday, September 27. 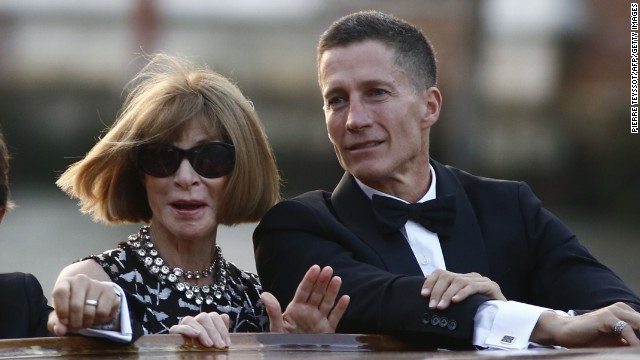 Anna Wintour, Vogue magazine's editor-in-chief, and Bruce Bozzi Jr., the executive vice president of the Palm Restaurant Group, arrive to the private ceremony on September 27. The wedding was marked with a star-studded bash at the Aman Canal Grande Venice resort, housed in the 16th-century Palazzo Papadopoli. Guests arrived via taxi boat. 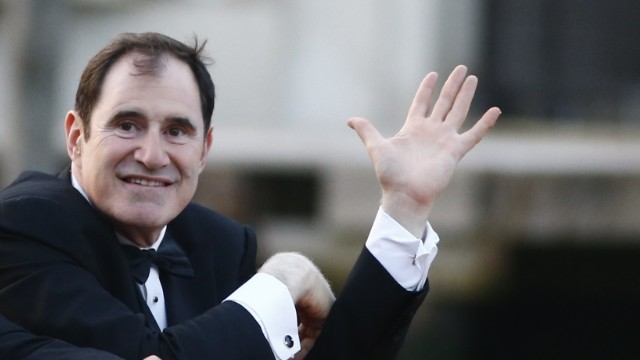 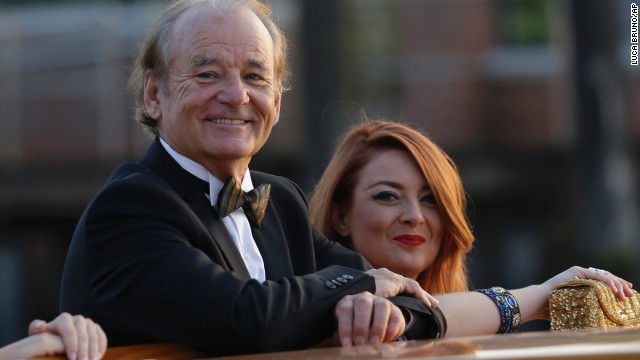 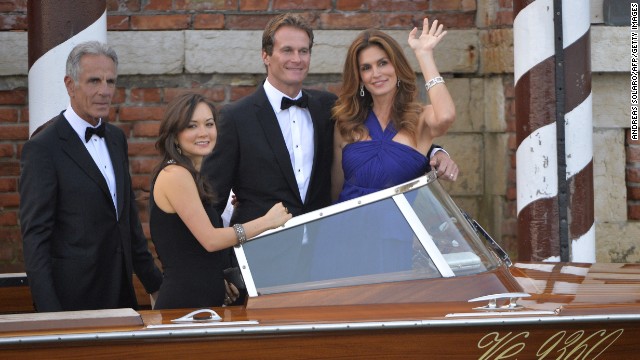 Model Cindy Crawford, right, boards a taxi boat with her husband, Rande Gerber, and other guests. 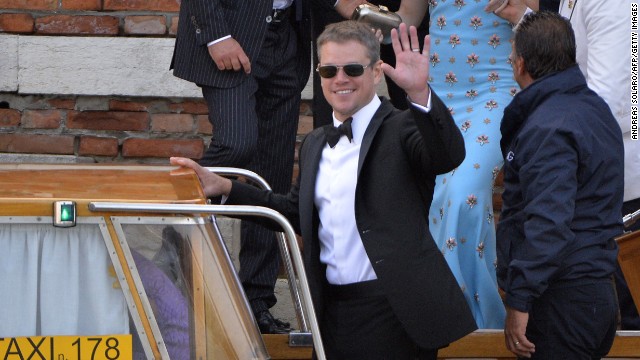 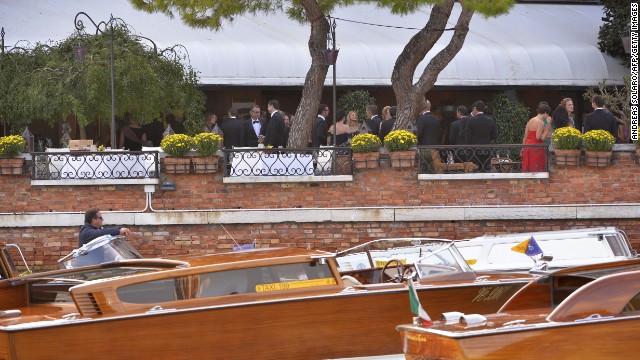 Guests attend a cocktail party at the Hotel Cipriani before the wedding. 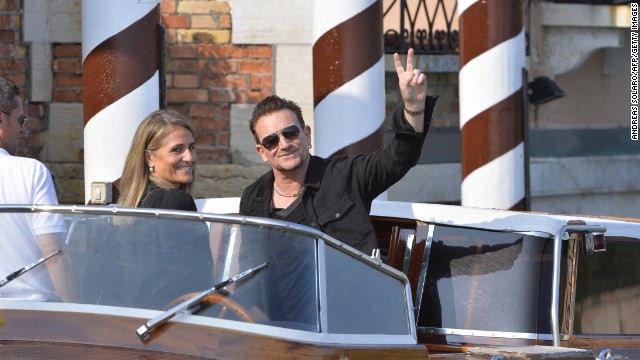 U2 frontman Bono arrives at the Hotel Cipriani. 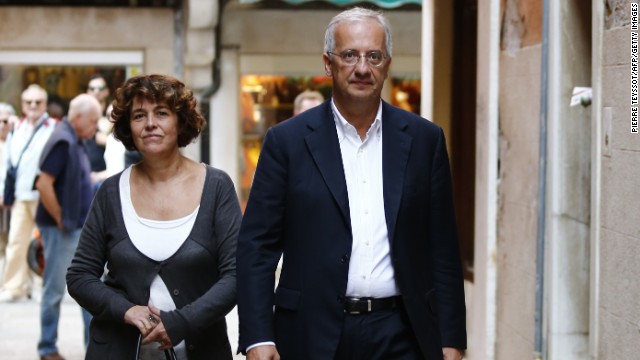 The former mayor of Rome, Walter Veltroni, and his wife, Flavia Prisco, arrive for the wedding. 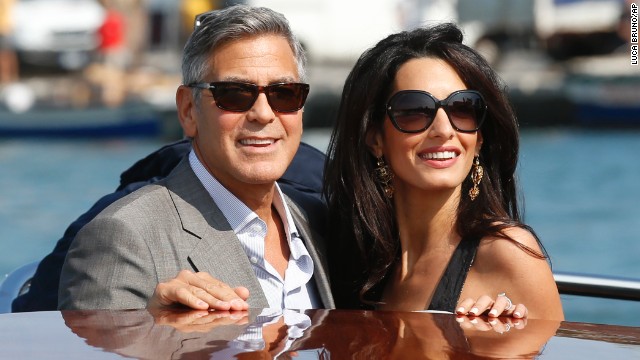 (CNN) -- Amal Alamuddin was well-known in many important circles long before she snagged the world's most eligible bachelor. But Amal Alamuddin is now Amal Clooney, according to her law firm's website.

That the 36-year-old British attorney has decided to take her famous husband's last name has raised many questions about feminism and traditional marriage roles.

My only question is: If you married George Clooney, why wouldn't you take his name?

Actor: I crashed the Clooney wedding

Clooney vs. paparazzi in Venice wedding

In all seriousness, though, the decision over whether to take a spouse's name is an extremely personal one. Married in May, I had to make it myself just a short time ago, and there was a lot to consider.

There's a reason we stand in front of friends and family, read vows, listen to awful best-man speeches and cut the cake: It's tradition. But as more couples choose to stand in a backyard or on the beach, write their own vows, ditch the speeches and serve cupcakes, maybe changing your name is just another custom we should feel OK about tweaking. As more same-sex couples marry, this is certainly an issue that will come up across a variety of unions.

In traditional marriages, studies show, the majority of newly wedded women still change their names. The percentage of women who kept their maiden names peaked in the 1990s before leveling off in the 2000s at about 18%, according to a 2009 study, though more recent data from Facebook show that around a third of 20-somethings who wed decide against the change.

Here are some factors that every bride (and groom) must weigh:

"As you age, you have more and more associated with your name: various degrees, personal property, a career or business built around your name," said Danielle Tate, founder and CEO of the name-changing service MissNowMrs.com. "If your income comes from people knowing your name, you're more likely to keep your name in some way."

Why? In a word: branding. In the digital age, nothing is as important to your career as your personal brand. Job-seekers strive to keep their Google search results clean, while resume websites must match Twitter handles and Facebook profiles.

Of course, there's another brand to consider: that of your family. Tate says the intention to have children is one that edges many women toward changing their maiden name.

"Patriarchy is still deeply ingrained -- in all of us," writes Molly Caro May, who decided with her husband to give their daughter his last name. "Surnames are one of the unseen limbs of the old world. Giving a child the father's last name is still a given."

Tate has heard many stories from moms who kept their maiden names and gave their children their fathers', only to be stopped when trying to pick the kids up from school or day care. One woman who was married to a German man spent hours fighting airport security while trying to fly home with her kids. "They thought she had stolen his children."

"I took my husband's name when I got married. I was happy to do it. Then we got divorced," one Reddit user posted. "The old name chases me everywhere. ... It's been years, and I still get correspondence and checks in that name. It's humiliating in so many ways, because my ex cheated, and it will be with me forever."

In the end I, like Mrs. Amal Clooney, decided to adopt my husband's last name. Yet there was one more thing I hadn't considered: what a giant pain in the butt it was going to be to do so.

That's the reason Tate started her name-changing service in the first place. After a 13-hour attempt to change her state driver's license, she put the process on hold and launched MissNowMrs.com.

"It's a very lengthy legal process, and if for some reason you want to reverse it ..." Tate trails off.

Most brides don't consider all the things that have their name on it, she says. Your Social Security card, your driver's license, your passport and your credit cards are the big ones. But what about your health and car insurance? What about your gym membership and magazine subscriptions? Your Amazon, PayPal or frequent-flier account? Your work email that your colleagues are now going to have to remember has changed?

Some states don't allow you to use your maiden name as a middle name, Tate says, and others like New York and Pennsylvania require you to do things in a certain order -- i.e., change your Social Security card and passport before your driver's license. Many insist you make the changes before a certain amount of time passes after your wedding, or the process gets infinitely more complicated.

And of course, no company or state has the same rules or process when it comes to making that name change. One credit card company I called simply said OK and made the switch. Another required me to fax (apparently that's still a thing) them my marriage certificate, my driver's license and my Social Security card and then asked me to call back two weeks later to officially request the change. (I'm still waiting for them to ask for our first-born child.)

Meanwhile, I continued to try to buy things with my credit cards, which no longer matched the name on my driver's license.

Hassles (and there were many) aside, I'm happy with my new name. But I've warned other brides-to-be not to take the decision lightly.

More from our Matrimony series

Ask yourself, Tate says: "Is my name part of my identity, and am I willing to change all that?"

11 ways to be a terrible bride

Until death do us part

Did you do 'it' on your wedding night?

Don't say THAT to the bride!
11 things I learned at your wedding
24 sticky etiquette issues
14 ways to say 'I love you'
Make nice with your in-laws
10 things NOT to do at a wedding
Breaking off a wedding
13 rules for kids at weddings
Same-sex wedding checklist
When God isn't on the guest list