Kansas City, Kansas (CNN) -- Republican groups from all corners of the party are reluctantly starting to pour money into this traditionally red state to try to save the incumbent GOP senator -- and lock down their prospects of taking control of the Senate.

The Kansas-based Koch brothers, who have so far engaged minimally here, are poised to step up their efforts to help Sen. Pat Roberts, according to sources familiar with their plans.

Worried that Roberts could lose the GOP seat in their backyard, the Koch founded and funded group, Americans For Prosperity, plans to increase its activity in the last weeks of the campaign. Freedom Partners, another conservative group with ties to the Koch brothers, already spent nearly $1 million in television ads to help Roberts and plans another buy before election day. 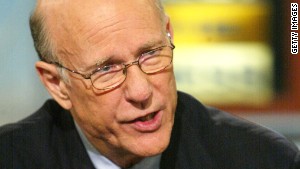 Other outside groups that hoped to spend campaign cash at this time to defeat incumbent Democrats are also now coming in big to defend this GOP seat.

Until recently, Republicans thought they'd only have to play defense in Georgia and Kentucky, where Democrats have mounted competitive Senate campaigns. But Democratic candidate Chad Taylor's abrupt decision to drop out of the Kansas race last month transformed the election here into an unexpected head-to-head contest between Roberts and independent Greg Orman.

Orman has said he will caucus with whatever party is in the majority, but Republicans don't want to take any chances. They saw a GOP Senate takeover within their reach in the last two elections, 2010 and 2012, only to be snatched away -- mostly by intra GOP fighting and candidate missteps.

Ruby red Kansas has not elected a Democrat to the Senate in over 80 years, but Roberts is under attack for a cardinal sin in politics -- losing touch with the people back home. National Republicans came in to help overcome that image to win a tough primary fight, and he is now up against Orman -- a businessman who is successfully appealing to voters as outside Washington and outside the two party system.

The Ending Spending Action Fund, founded by billionaire businessman Joe Ricketts, announced it is pouring more than $1 million dollars into Kansas for television and radio ads over the next several weeks, and is poised to spend more if needed.

On Friday the group released one of those ads, first shared with CNN, which casts Orman as a liberal who's "masquerading" as an independent.

Brian Baker, who runs the group, tells CNN they saw polling that showed Roberts in trouble, and worry that his opponent, independent Orman, is really an "Democrat masquerading as an Independent."

Orman ran as a Democrat in the past, but has given money to and voted for candidates in both parties.

"We think its crazy to leave the Senate majority to someone who won't come clean to the people of Kansas about what he stands for," said Baker, referring to the fact that Orman is cagey about who he will caucus with if he wins, and if his decision determines which party controls the Senate.

Baker was an aide to former Kansas Senator Bob Dole, a close friend of Roberts who is working behind the scenes as well as in public to pull Roberts over the finish line.

The U.S. Chamber of Commerce, which played a major role helping incumbent Republicans in the GOP primary season, is also about to "go big" in Kansas for Roberts, according to a source familiar with their plans.

In a preview earlier this week, Roberts appeared with the Kansas Chamber of Commerce to receive its endorsement.

UPDATE: An initial version of this story didn't include the proper name for Ending Spending Action Fund and misquoted its president, Brian Baker.