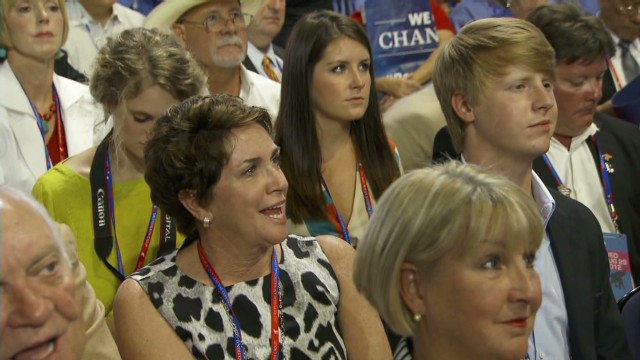 Editor's note: Sally Kohn is an activist, columnist and television commentator. Follow her on Twitter @sallykohn. The opinions expressed in this commentary are solely those of the author.

(CNN) -- If they're going to pull out a victory in the midterm elections, Republicans need to win over women. But they're doing everything in their power to alienate them, from pushing extreme anti-abortion measures that even most Republican voters oppose to blocking equal-pay legislation to, well, just opening their mouths. A leading Republican congressional candidate in Georgia recently said, sure, a woman can run for office if she is "within the authority of her husband."

A report actually commissioned by Republican groups and reported in Politico found that women view the party as "intolerant" and "stuck in the past." The report found that women are "barely receptive" to GOP policies.

In other words, Republicans are losing female voters faster than their anti-contraception policies can produce them.

What are Republicans to do? The Republican Party seems reluctant to change its actual policies to support women's economic and reproductive choices and, ya know, generally acknowledge the realities of modern liberated women. So instead, several Republican candidates are coming out against domestic violence in an attempt to seem sensitive to us girls and our issues. That should do the trick, right?

"My ex-husband beat me with a baseball bat, threw me in a garbage can filled with snow and left me in a frozen storage locker to die," a woman says, looking straight at the camera, in one such ad for Scott Walker, the Republican governor of Wisconsin. "At that time, I was pregnant, and I lost the child I was carrying. But I fought to stay alive for my other two children, and today I am fighting for Scott Walker."

There's just one problem: All the rhetoric in the world doesn't make up for Republicans opposing and obstructing pro-women policies. It's not just the repeated attempts to crush reproductive freedom and block equal-pay legislation; Republicans also opposed the reauthorization of the Violence Against Women Act. That's the law that was actually supposed to do something about domestic violence, a law that Republicans blocked for over a year before finally caving and allowing it to pass.

GOP pushes back on 'war on women' notion

Republicans objected to provisions in the bill that would expand domestic violence protections for Native Americans and gay, lesbian, bisexual and transgender Americans; they even tried to pass their own version of the bill with these protections stripped out. Ultimately, after a year of obstructionism, Republicans allowed the more expansive and bipartisan Senate version of the act to come up for a vote in the House -- and even then, a majority of Republicans voted against the measure.

Fast-forward to election season. Florida Republican Steve Southerland has one of the toughest re-election fights in the country. In the House, Southerland voted against the expanded version of the Violence Against Women Act, the version that ultimately passed, but voted for the narrow Republican version that didn't pass. Now, Southerland is running an ad featuring a survivor of domestic violence who says, "Our congressman, Steve, is advocating for things like (the) Violence Against Women Act." Well, kinda sorta but not really, Steve.

Southerland's opponent, Gwen Graham, had her response ad up within 24 hours, accusing Southerland of "saying one thing in TV ads, doing the opposite in Congress." Which basically sums up all the attempts of Republicans to appeal to female voters on rhetoric but abandon them on policy.

And to be clear, equal pay and reproductive freedom are also key to preventing domestic violence. As the National Network to End Domestic Violence writes, "Like all women, survivors of domestic violence need equal pay initiatives like the Paycheck Fairness Act. As long as women are paid less than men, most survivors will have less ability to gain financial stability and independence." Many of these women are low-wage workers, who would also be helped by raising the minimum wage.

And a new study this week finds (PDF) that as many as one in four women who seek an abortion experience violence from an intimate partner. Women often say one primary reason for seeking an abortion is to avoid exposing their children to domestic violence. Another reason: They don't want to remain tied to an abusive partner. According to this long-term study, when these women are able to access abortion services, their odds of being abused decrease by 7% each month after -- while women who can't get an abortion see their rates of domestic violence remain the same or even increase.

Reproductive choice, including abortion rights, and wage equity, including raising the minimum wage and passing gender-equity legislation, are key not only for all women and their families but for victims and survivors of domestic violence, for whom economic and reproductive freedom translates directly into freedom from abuse.

The Republican Party has do more than just talk about domestic violence and women's opportunity and actually support the real policies that support women's freedom and choices -- or otherwise, women will keep choosing to vote for Democrats.