Send your name into space, maybe to Mars 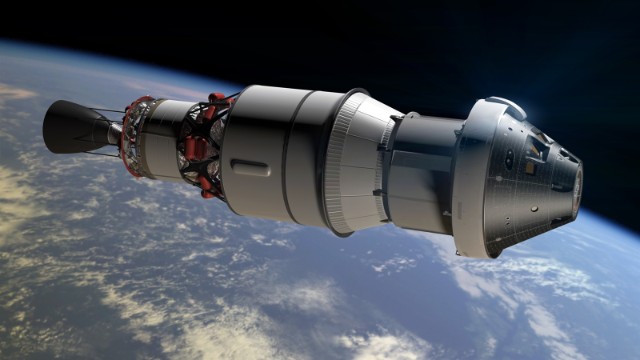 An Orion spacecraft is shown in this rendering from NASA. One to be launched in December could carry your name.
STORY HIGHLIGHTS

(CNN) -- Maybe you chickened out on the one-way trip to Mars that was being offered. But never fear, there's still a way for you to make a name for yourself.

NASA is inviting the public to send their John and Jane Does to destinations beyond low-Earth orbit, including Mars.

Pack lightly, because your name will fly in comfort on a dime-sized microchip aboard an Orion spacecraft that launches on December 4. The test flight will circle Earth a few times before a fiery reentry and a splashdown in the Pacific Ocean.

This movie cost more than going to Mars

As an Earthbound intrepid explorer, you just enter your name -- and a few other details -- on the NASA website, click enter and you're ready to go the distance.

The names will also fly on future NASA exploration flights and missions to Mars.

"With each flight, selected individuals will accrue more miles as members of a global space-faring society," the agency's site says.

There is a deadline for such important matters. To get your "boarding pass" for the first test flight, you'll need to submit your name by Halloween.

Ticket to ride! Send your name on our #JourneyToMars, starting with #Orion's first flight: http://t.co/4XaLx03shG pic.twitter.com/JY5WtYSGb5

What makes this more attractive is that it doesn't end in death on a barren planet.

A Dutch company called Mars One began looking last year for volunteer astronauts to fly to Mars. Departure for the Red Planet is scheduled for 2022, landing seven months later in 2023.

The one-way ticket makes the mission possible because it greatly reduces costs, and the technology for a return flight doesn't exist, according to Mars One's website.

In the days after the potential mission was announced, the company said it has received more than 10,000 emails from interested would-be spacefarers.

Will it happen? No one knows for sure. The company says it needs $6 billion to fund the project. Check back in a few years.

In the meantime, hedge your bets and send your name into space instead.

Who knows, maybe it will get you on the Martian guest list early.