How to make President safe again

Editor's note: Jeffrey Robinson is the co-author of "Standing Next to History - An Agent's Life in the Secret Service," the autobiography of former United States Secret Service special agent Joseph Petro. His latest book is "BitCon -- The Naked Truth About Bitcoin." Follow him on Twitter.

(CNN) -- It all comes down to this: 11 years later, the front door was unlocked.

When Oscar Gonzalez jumped the White House fence late last month, he should have been just another statistic. A mentally ill man who was doing what a handful of others do every year, get onto the White House lawn and find themselves tackled by guards or brought down by dogs or fired upon by snipers.

But this time it was different.

The President and first family weren't home, the snipers didn't shoot. It's still not clear where the dogs were or why there was no Uniformed Division officer at the North Portico door. But the door was unlocked and the reason why can be traced directly back to the beginning of the disintegration of protocols for what the Secret Service once did better than any other agency in the world: protect the principal.

Toward the end of the 1990s, there was turmoil in senior management, which saw new Secret Service directors come and go. There were also high-level retirements -- especially Presidential Protective Division agents who had lived through March 30, 1981, the assassination attempt on President Reagan. These were men and women who knew what it was to fail.

In the wake of that incident, the Secret Service had upped the ante with new plans and a revised agenda, which had included working in closer proximity to the President, increasing the intensity in the levels of protection and paying closer attention to the minutest details. They had also learned to deal better with the presidential staff, who are always looking to break the President loose from his shackles for the sake of the next great photo opportunity.

It worked for a while.

But shortly after 9/11--11 years ago, in 2003--George W. Bush made the colossal mistake of uprooting the Secret Service from its rightful home in the Department of the Treasury, where it had been since 1865, throwing a proud tradition out the window and dropping it into the hodgepodge mess that was, and still is, the Department of Homeland Security.

It was like yanking a great old oak tree up from the roots and shoving it into the ground somewhere else. The great oak slowly began to wither. What was once a quasi-independent agency was treated like just another bureaucracy that had to defend its turf and fight for every nickel against the rest of this new and increasingly dysfunctional family. Morale suffered and so did efficiency.

You saw it in 2003, when the Bush White House staff cooked up the highly dangerous and totally unnecessary publicity stunt of landing the President on an aircraft carrier in a fixed-wing plane. That scheme ran head-first into everything the Secret Service used to stand for. The President and the staff were doing this their way. 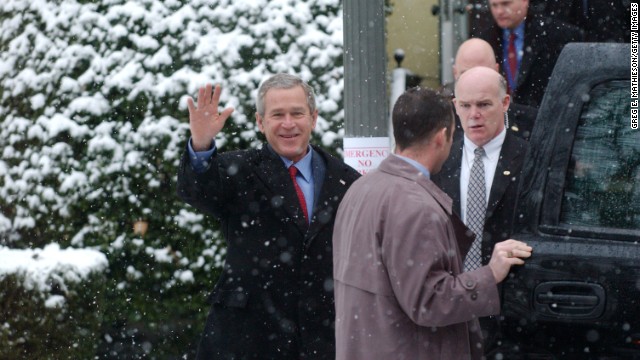 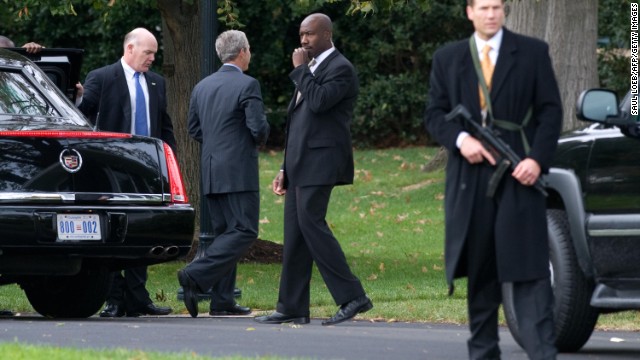 Clancy's nickname for some members of the Secret Service is "Father Joe." Here he holds the door as George W. Bush (C) exits his limousine on the South Lawn of the White House in Washington, DC, after a security alert on the White House grounds, October 28, 2008. 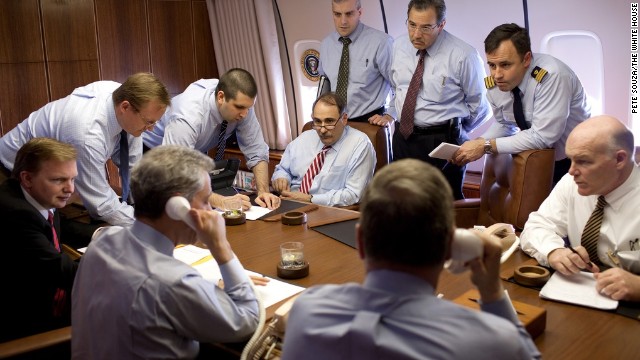 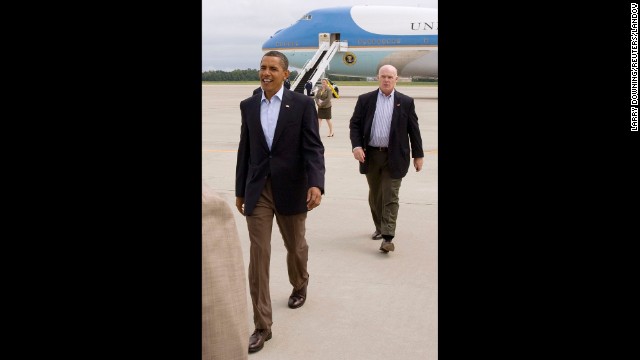 Since leaving the Secret Service, Clancy has worked as head of security at Comcast. In this photo U.S. President Barack Obama (L) arrives at the Cincinnati/Northern Kentucky International Airport in Cincinnati, Ohio on September 7, 2009. 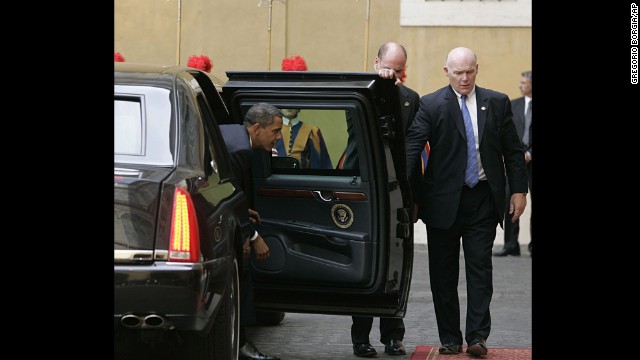 In this July 10, 2009 file photo, Secret Service Agent Joseph Clancy, right, holds the door open for President Barack Obama upon arrival at the Vatican for a meeting with Pope Benedict XVI. 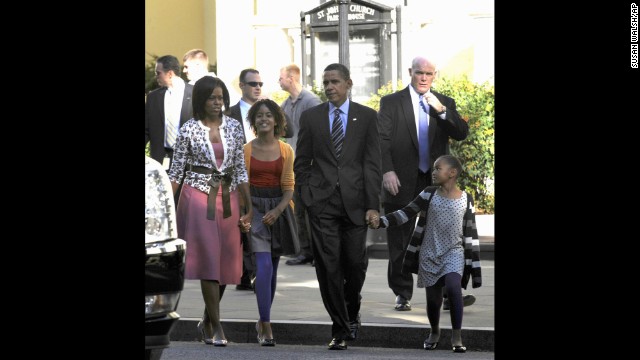 In this Oct. 11, 2009 file photo, Secret Service Agent Joseph Clancy, right, walks behind President Barack Obama, first lady Michelle Obama and their, children Sasha, right, and Malia, second from left, walk back to the White House after attending St. John's Episcopal Church in Washington. Secret Service Director Julia Pierson resigned Wednesday, a day after bitingly critical questioning by Congress about a White House security breach. There had been increasing calls for her departure during the day. Pierson will be replaced by Clancy, a former special agent in charge of the president's protective detail who retired in 2011. 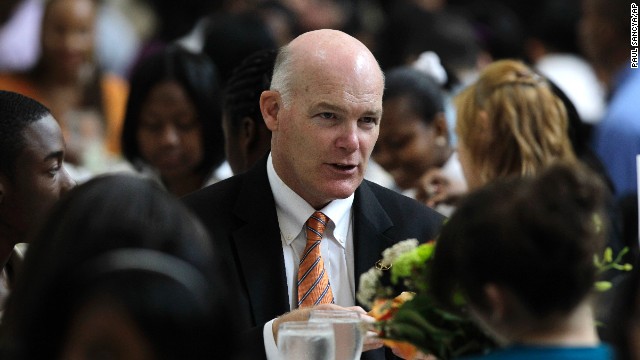 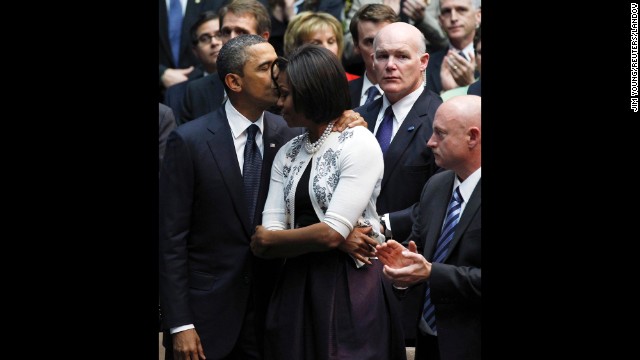 The Secret Service is charged by Congress with protecting the life of the President; it is not his choice whether or how he is protected.

By the time President Obama came along, the lack of proximity and intensity was startling. This goes beyond the phony signer at Nelson Mandela's funeral, agents with hookers at Cartagena or drunk agents at a hotel in Holland.

A deeper problem in the Secret Service?

Solution to the W.H. security debacle?

This is a couple of reality show wannabes getting into the White House for a formal reception, without an invitation. This is the President at the Martin Luther King "I Have A Dream" remembrance in 2013, standing alone and exposed in the middle of the Lincoln Memorial, in front of tens of thousands of people, and there isn't an agent within 30 feet of him.

This is a man jumping the White House fence with a knife, and bullets in his car, after having been on the Secret Service's list of people already interviewed as a possible threat to the President. It's a man with a gun riding in an elevator with the President at the Centers for Disease Control and Prevention. This is some crazy taking shots at the White House, and no one reporting it for days.

It's time to return the Secret Service to Treasury, where it traditionally has belonged, because at Treasury, there was real oversight. It's also time to bring into the senior ranks men and women who understand that proximity and intensity and attention to the minutest details truly matters.

These must be men and women who understand and appreciate that those who served before them protecting Ronald Reagan set the gold standard, that the gold standard is an absolute minimum, and anything less -- like an unlocked door at the White House -- can all too quickly look like November 22, 1963.

Opinion: Do we want a fortress White House?