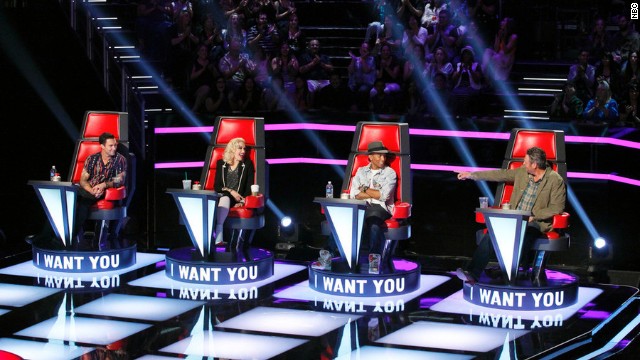 Season seven of NBC's vocal competition kicked off Monday night, with Stefani and Williams as two of the series' newest judges. Mainstays Adam Levine and Blake Shelton, the anchors of "The Voice" as other stars like Christina Aguilera, CeeLo Green, Usher and Shakira have cycled through the judges' panel, made sure to make them feel right at home during the premiere.

In the words of Williams, "This is going to be fun." 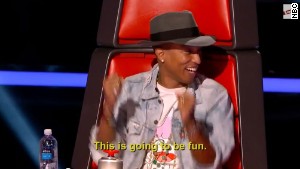 Pharrell Williams brings his experience as a powerhouse producer to the judges' panel.

In case you've forgotten how "The Voice" works, four judges go through rounds of blind auditions to build up teams of singers, whom the judges will then put through their paces until America crowns one of the contestants "The Voice."

Stefani can rely on her prowess as a multitalented entertainer -- she's been a success as both part of a group and a solo artist, not to mention her fashion and beauty brands -- to woo vocal contenders over to her side.

Her strategy worked well Monday, with Stefani able to grab Taylor John Williams, whose rendition of "Heartless" caught both her and Levine's attention, and "Problem" singer Bryana Salaz for her team.

Pharrell Williams has his experience as a powerhouse producer on his side and pulled two of the night's best performers, Luke Wade and Elyjuh Rene, into his group.

Shelton and Levine were not to be outdone.

Levine landed young talent Clara Hong and Transportation Security Administration employee Damien, whose "It's So Hard to Say Goodbye to Yesterday" got all four judges to spin around in their chairs.

Shelton, meanwhile, brought previous contestant Allison Bray into his fold, along with crooner James David Carter, whose "Nobody Knows" had all the judges angling to work with him.

All in all, you could say Stefani's and Williams' first foray on "The Voice" was "Hella Good."