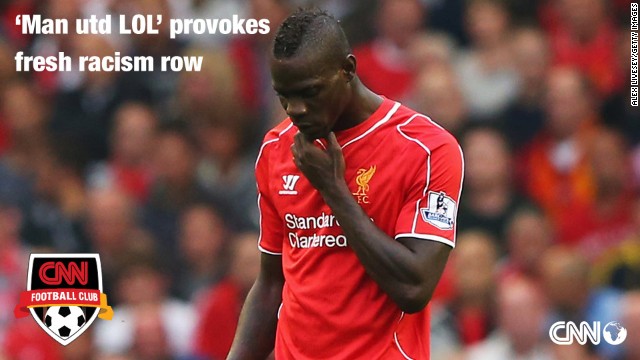 Not for the first time in his career, Mario Balotelli finds himself at the center of a racist abuse storm...

On Sunday, Balotelli sent a tweet following rivals Manchester United's 5-3 defeat by Leicester City which was greeted by a number of offensive comments. Leonardo Ulloa is pictured celebrating his second and Leicester's fifth in the victory over United. 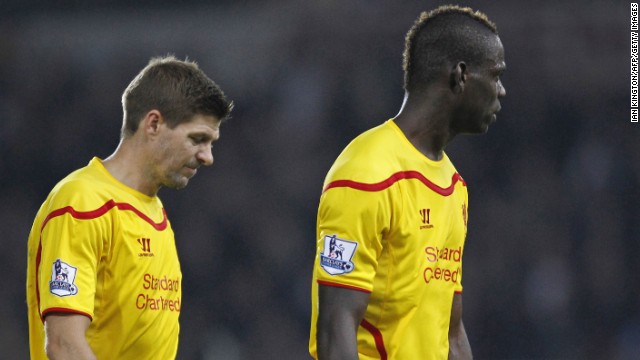 Balotelli joined Liverpool during the summer transfer window, but the Merseyside club has made an uncertain start to the domestic season and lost their third league game on Saturday after being beaten 3-1 by West Ham.

Balotelli, who has returned to England from AC Milan, was booked after clashing with Hammers goalkeeper Adrian. 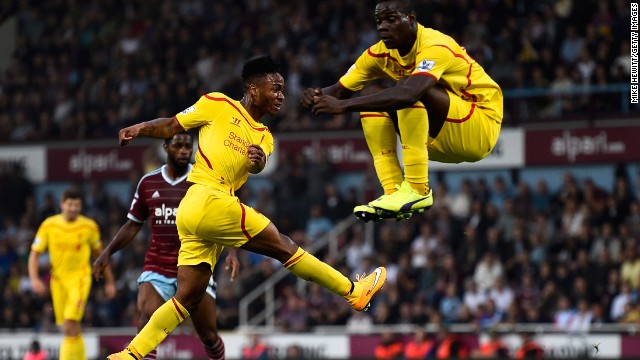 More positively Balotelli played a key role in Liverpool's only goal in Saturday's defeat, which was scored by Raheem Sterling. 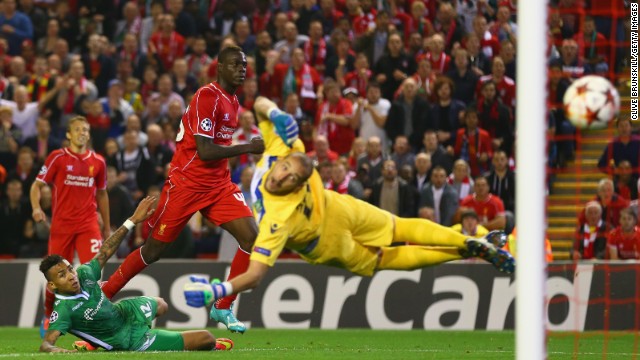 Last week Balotelli registered his first goal for Liverpool in their 2-1 Champions League win against Ludogorets. 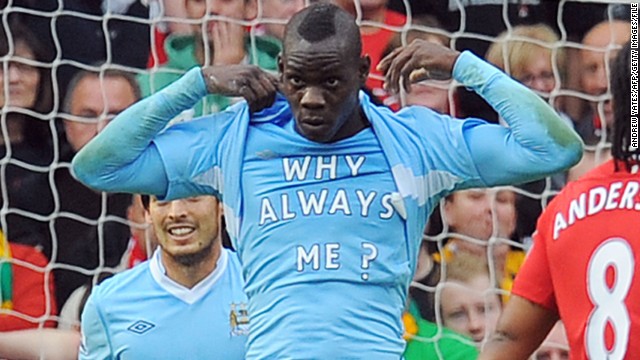 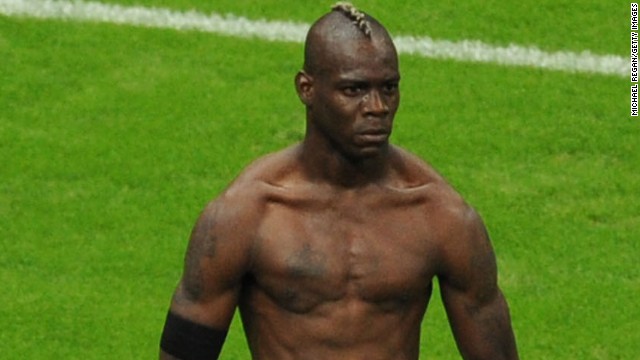 Balotelli, 24, scored 30 goals in 54 games for Milan and was an integral part of the Italy side which reached the final of the European Championships in 2012. 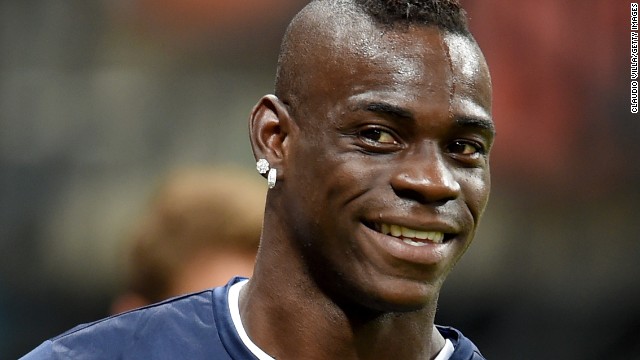 Balotelli, who was part of the Italy side which failed to get out of the group stage at the 2014 World Cup, endured a mixed time in the English Premier League with City. While he scored 30 goals in 80 appearances, a number of disciplinary issues affected his game. 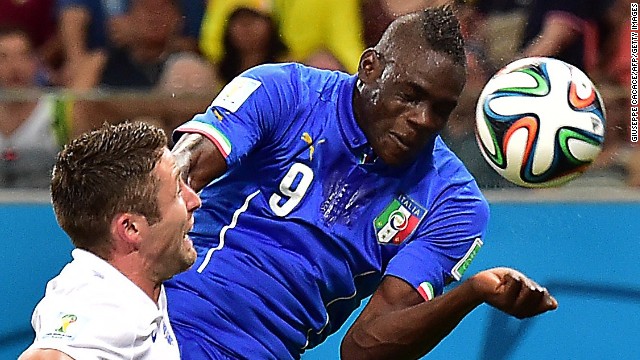 Balotelli scored the winning goal when Italy defeated England 2-1 at the World Cup in Brazil. 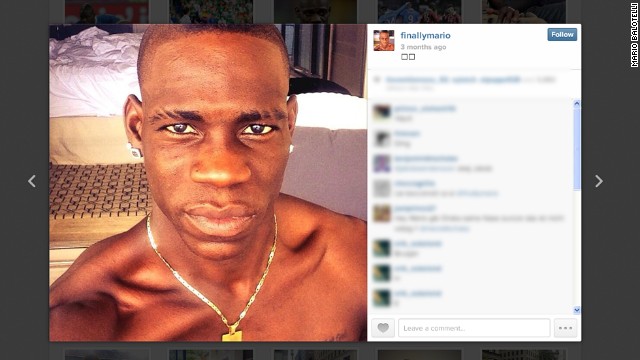 Balotelli is something of an online phenomenon and has over three million followers on Twitter, while also takes to Facebook to share various pictures with his fans. 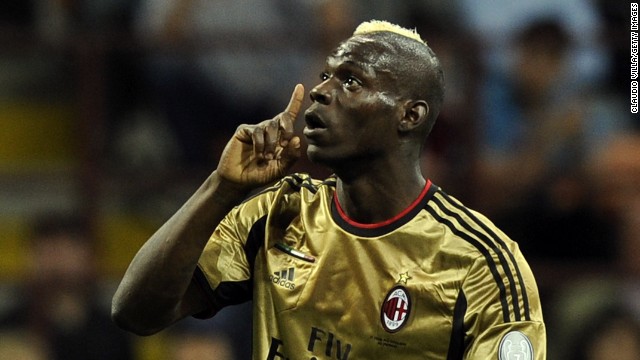 Balotelli has been targeted by racists on many occasion during his time in Italian football. In May 2013, Balotelli told CNN he would leave the field of play if he suffered more racial abuse.
HIDE CAPTION
Police act on abuse
'LOL' tweet
Uncertain start
Head-to-head
Evasive action
Solitary goal
'Why always me?'
Super Mario
Magic Mario
Heading back
Social media star
Hitting back
<<
<

"We can confirm officers are looking into offensive comments made on Twitter about Mario Balotelli," said Merseyside Police on their official Twitter feed.

Mourinho on the enigma of Balotelli

The 24-year-old Balotelli's tweet was retweeted 150,000 times and was met with a torrent of abuse.

"We extend our support to Mario Balotelli after the appalling racist abuse directed at him on Twitter," said British anti-racism group Kick It Out.

"A large number of social media users alerted us to the messages by tweeting our official account and we have since reported this via True Vision -- the police's online reporting facility.

"During the 2013/14 season, 50% of all complaints submitted to us from across the game related to social media abuse," added the Kick It Out statement.

"The issue has been escalating and we urge fellow social media users to assist in bringing this type of abuse to the attention of the authorities by reporting directly to True Vision."

In an interview with CNN in 2013, Mario Balotelli -- then an AC Milan player-- vowed to walk off the pitch if he was racially abused at a football game.

That was after he was subjected to racist chanting during an Italian league game against Roma at AC Milan's San Siro stadium.

The 22-year-old put his fingers to his lips in front of the visiting supporters' section as a section of fans directed "monkey chants" at him and then teammate Kevin Prince-Boateng.

In August, Balotelli joined LIverpool from Milan in a $26.5 million deal.

The Italian has scored one goal since signing -- in Liverpool's 2-1 Champions League win against Ludogorets -- but the Merseyside club has had an uncertain start to the domestic season, losing three of their opening five games.

The Italian is well known to English football fans after a turbulent two-and-a-half-year stint with Manchester City, where he helped the team to a first league title in 44 years while also gaining a cult following for his off-field antics.

Read: Home of football at odds over tackling racist abuse